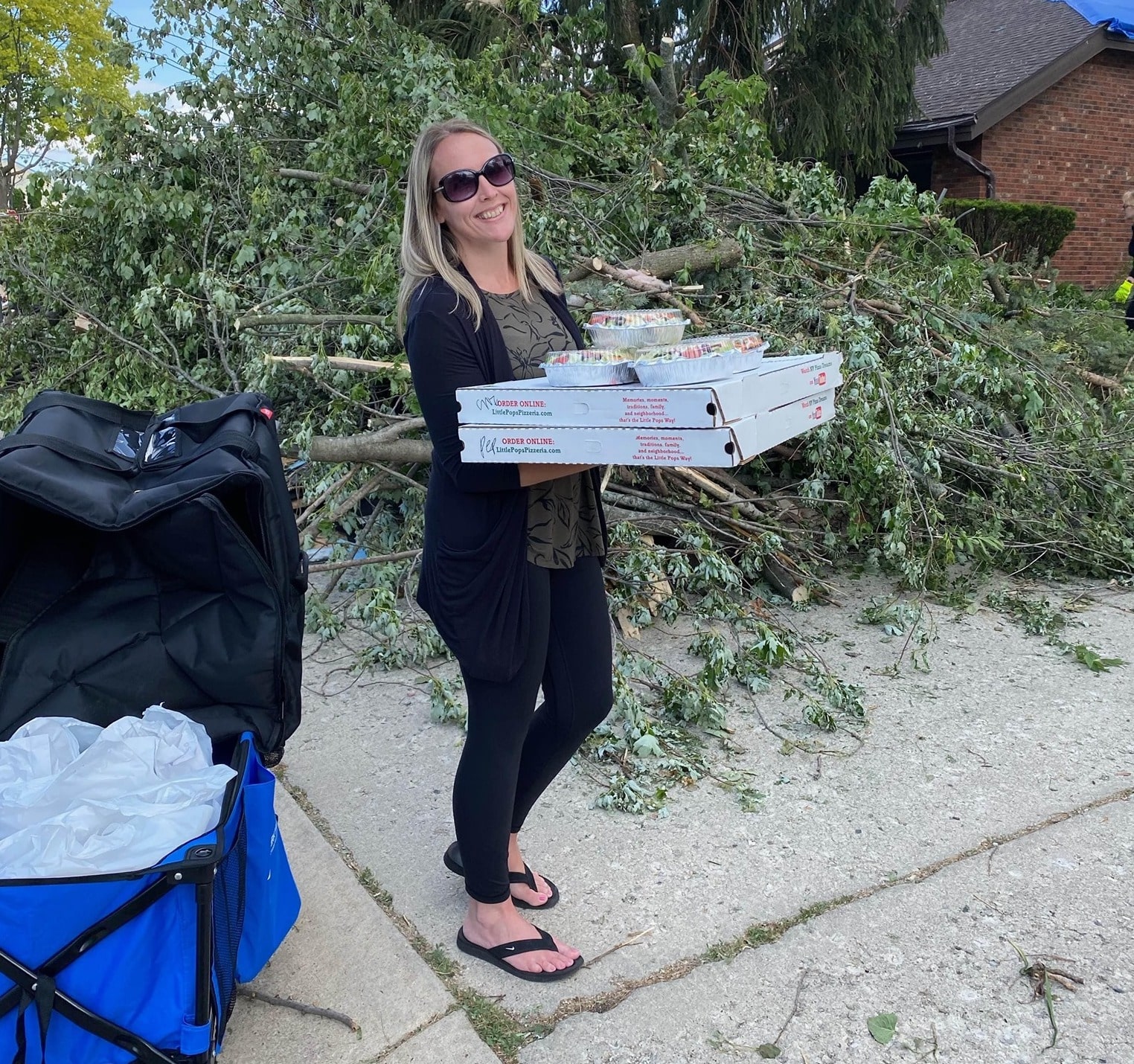 Little Pops has been making sure displaced families and other victims of the tornado stay well-fed as the community rebuilds.

After a tornado swept through the western suburbs of Chicago, Little Pops Pizzeria Trattoria, with locations in Naperville and Aurora, has been working to help locals rebuild their lives through its Slices of Hope program.

The tornado wreaked destruction in Little Pops’ neighborhood, although owners Mike and Vicki Nelson’s shop in Naperville was mostly spared. Nearly 100 homes were damaged, and 19 families were displaced in the wake of the tornado.

In response, the Nelsons have amped up their Neighborhood Heroes program to help feed impacted families, volunteers and clean-up crews. They have used social media to spread the word about their efforts and to encourage others to volunteer in the recovery process. With help from its customer base, Little Pops has been delivering free pizzas and other food as well as water, doughnuts and other needed supplies.

In a Facebook description of the Slices of Hope campaign, the Nelsons explained, “Our plan is to put a substantial Little Pops gift card into the hands of each displaced and impacted family.” Customers are invited to donate a gift card valued at a minimum of $50, and Little Pops then matches the amount at 100%. The name of the donor or the donor’s family is listed on the envelope containing the gift card.

Customers can also donate $10 to sponsor an 18-inch Slices of Hope Pizza to be delivered to volunteers, families and workers in the impacted neighborhoods. Donors are recognized as Slices of Hope Neighborhood Heroes online.

Additionally, Little Pops formed a partnership with the North American Pizza and Culinary Academy, located in Lisle, Illinois, to deliver pies to the front line workers and impacted families in the area.