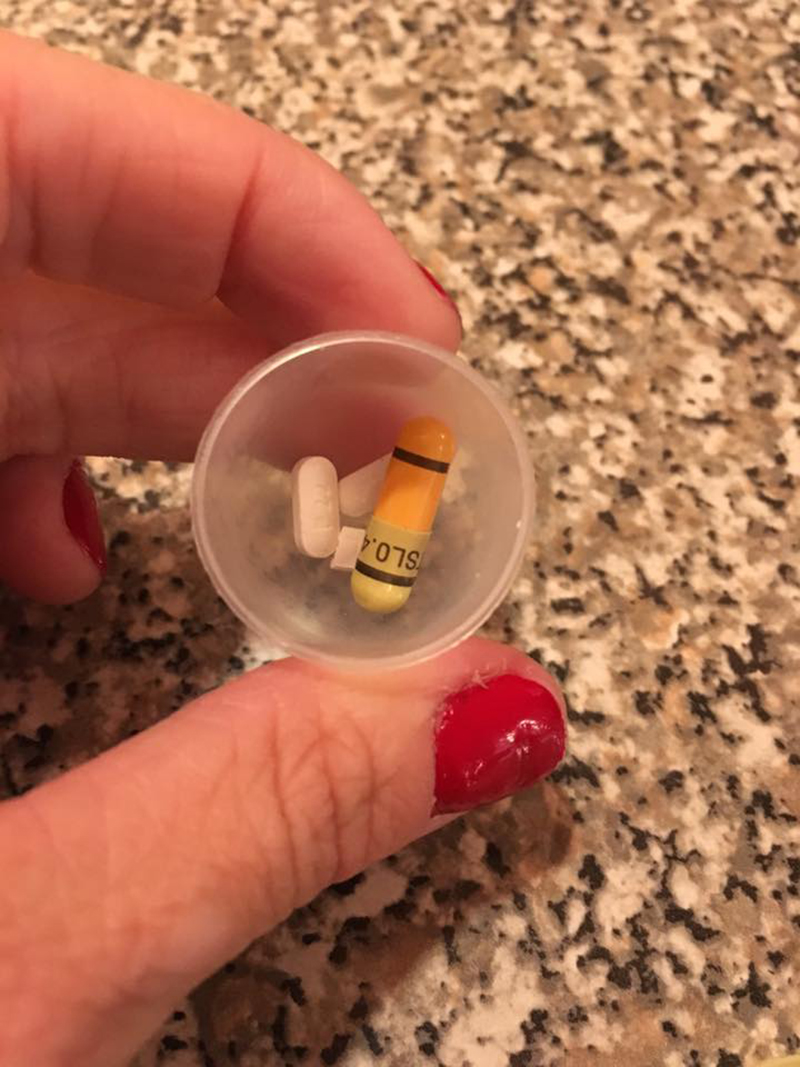 The Rochester House of Pizza in Rochester, New Hampshire, got slammed with bad publicity via social media due to a bizarre “prize” in one of its vending machines, Foxnews.com reports.

When Courtney Jones stuck two quarters into the machine for her 7-year-old daughter, Allyson, she got a pair of “little cute toys” in return, according to Jones’ Facebook post on the incident. But when Allyson herself was allowed to insert the third quarter, something popped out that neither one of them expected. “I thought the prize was little hard candies until I opened it and looked,” Jones wrote in her post. “I was absolutely mortified to find 4 prescription pills!”

Jones later told local Fox affiliate Fox25 that her daughter did not try to eat the pills, but she was worried that other children might not be so wise. “She says, I wouldn’t want that—that’s not candy,” Jones said. “She’s seven. She’s old enough to know, but had she been younger, maybe she wouldn’t have known.”

Rochester House of Pizza owners said they had no idea how the pills—actually a total of three, with one broken in half—made it into the vending machine. An outside vendor stocks and maintains the machines and is responsible for its contents.

The pizzeria reportedly removed the machine from the shop over the weekend. But in the meantime, Jones posted about the incident on her Facebook page on Friday, Oct. 21, and the post received 4,083 shares, 984 reactions and 607 comments within just two days. The post also made it onto Twitter, where the story was spread further.

Jones did not name the pizzeria in her post, but local, regional and national news reports did, demonstrating how even an isolated incident like this one can spark nationwide headlines in the age of social media.

Local police believe the pills were blood pressure medication and were investigating how they got into the machine.