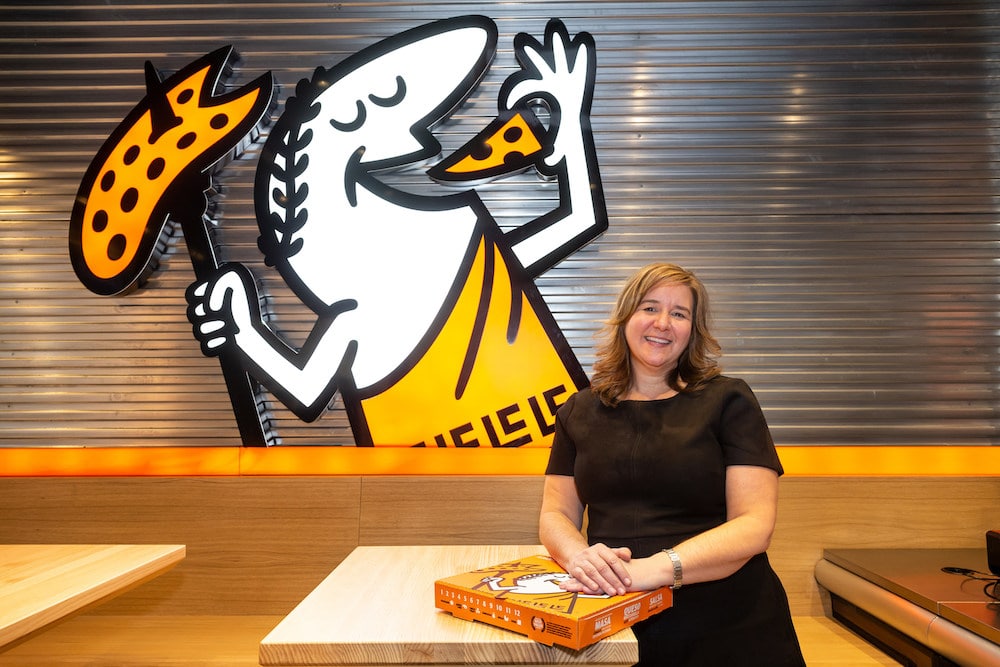 Little Caesars Pizza, the third largest pizza chain in the world, has moved two women into newly-created top-level positions in the past couple of months, naming Paula Vissing as its chief operations officer in late February and Erin Martin as chief of staff in April.

Vissing has been with Little Caesars since 2011 and most recently served as senior vice president of international. In the newly created COO role, Vissing will oversee all domestic and international operations during a period of substantial growth for Little Caesars.

“Paula has an impressive track record within the company and has successfully led our international division for the last five years, which continues to see record-breaking results year after year,” said David Scrivano, president and CEO of Little Caesars. “I am thrilled to congratulate her on her new role as chief operating officer. Paula is a highly respected and proven leader within Little Caesars, and there is nobody better suited to oversee global operations.”

As the senior vice president of international, Vissing was responsible for all Little Caesars locations in more than two dozen countries and territories. Under her leadership, Little Caesars experienced the largest period of international growth in the company’s 60-plus-year history. Previously, Vissing was vice president of purchasing and quality assurance, where she led cost-saving and sourcing initiatives that supported Little Caesars’ growth in the U.S. Vissing has also led global supply chain expansion, enabling international development efforts across the globe.

“It is an exciting time for the company as we continue to experience exponential growth both in the U.S. and internationally, and I am honored to have the opportunity to oversee the global operations of Little Caesars,” Vissing said. “I look forward to continuing to work along with the Little Caesars leadership team and organization as a whole, as we continue to bring great-tasting, affordable pizza to families around the world.”

Martin, who has been with Little Caesars since 2007, most recently served as the company’s vice president, business support services and general counsel. In the newly created role of chief of staff, she will act as strategic advisor to Scrivano and the chain’s leadership team.

“This is an exciting time for Little Caesars, marked by continued growth domestically and internationally, as well as an ongoing focus on tech and innovation that allows us to provide best-in-class service and value,” Scrivano said. “Erin’s extensive knowledge and experience in employment and franchise law, as well as her ability to successfully manage various departments within Little Caesars, will help us build on our incredible momentum.”

As the vice president, business support services and general counsel, Martin led the legal and business support teams, including real estate, construction, U.S. development, training, and communications. Under her leadership, she provided counsel during several key initiatives for Little Caesars, including the chain’s new world headquarters expansion in downtown Detroit and several projects designed to advance the company’s interests in the areas of diversity, government relations and corporate growth.

“I care deeply about Little Caesars and am honored to take on this new role to help guide the strategic direction of the business and closely support Dave,” said Martin. “I look forward to continuing to work alongside my talented colleagues to achieve unprecedented success for the company in areas such as growth, expansion, innovation and service.”