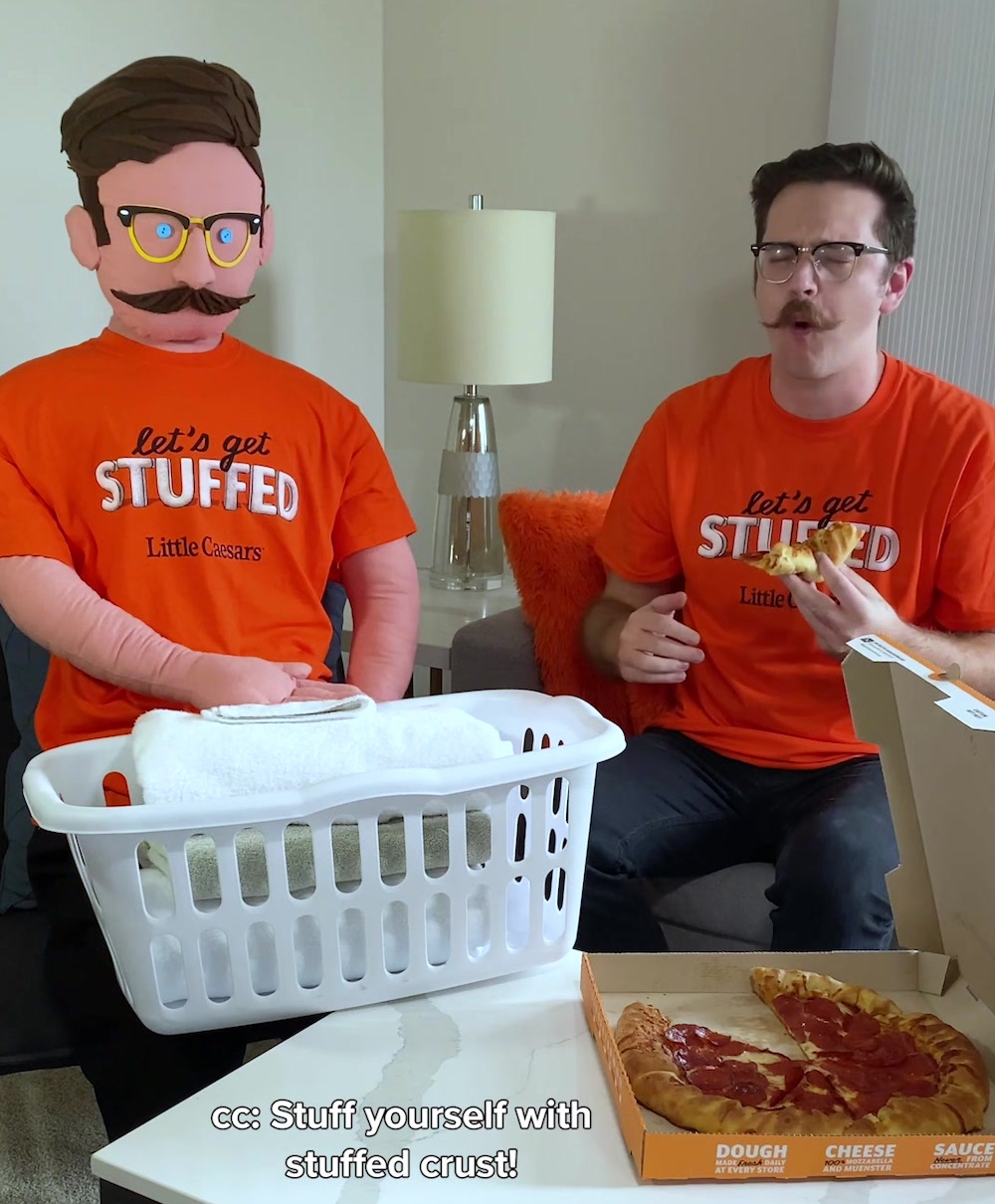 Being isolated at home during a pandemic is bad enough. What’s almost as bad—for some of us, at least—is having no excuse to get out of work or social obligations now that lockdowns have been lifted. Little Caesars has turned these tedious obligations into a quirky social media promotion with some help from several popular TikTok influencers.

In the videos, the dolls, which are stuffed with nine feet of fake pepperoni and cheese made of felt, complete boring day-to-day tasks, such as doing housework or attending a girlfriend’s girlfriend’s pet goldfish’s birthday party, while their real-life counterparts enjoy pizza and other preferred pastimes.

According to Little Caesars marketing executive Jeff Klein, the goal of the campaign is to “reinvigorate interest in the product and drive buzz to maintain momentum throughout the limited-time-offer window.”

“From a cultural standpoint, we recognized that many areas of the country are finally starting to emerge from the constrictions of the pandemic, and consumers want to make up for what they missed last year,” Klein said. “This campaign really speaks to that idea while directly bringing the product to life with our trademark sense of humor.” 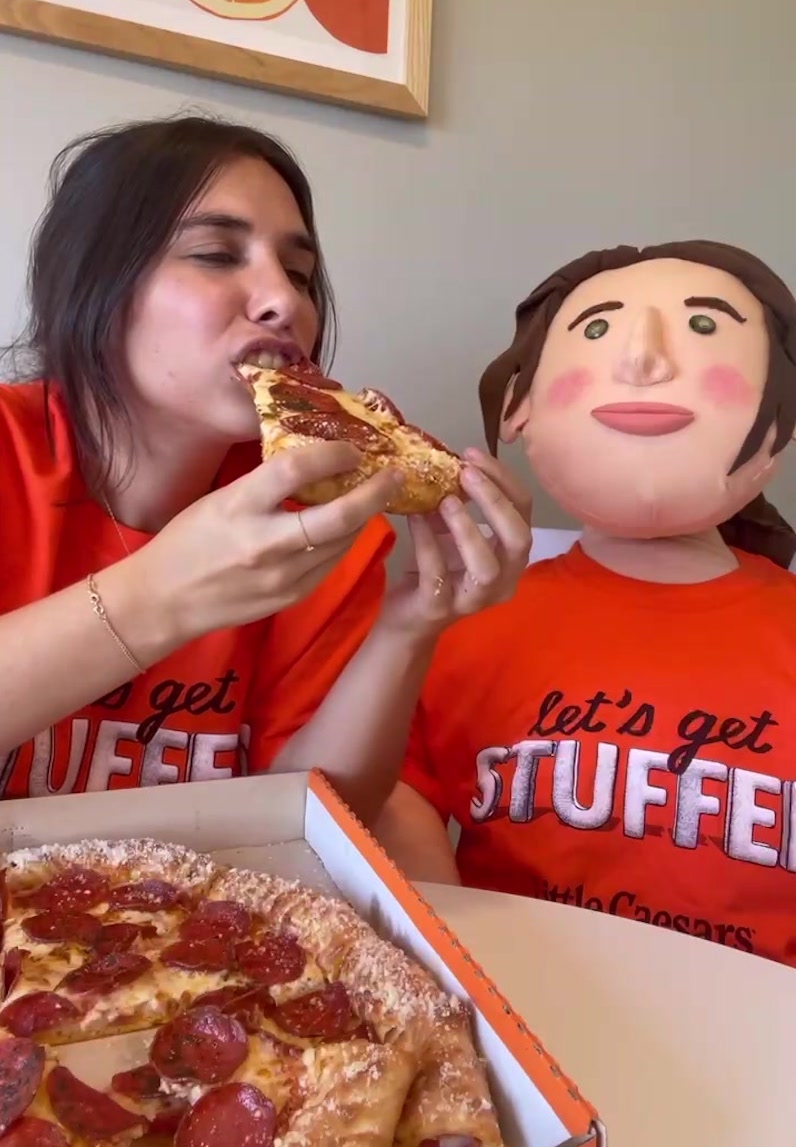 In her TikTok video, the introverted Averick (pictured above) sends her doll to a friend’s game-night party, where it plays scrabble with her friends. “Works like a charm—I’m going home to take a nap,” Averick says.

In another video, Dan McFarland of The McFarlands account munches on Little Caesars pizza on a beach in Hawaii while his doll fills in for him at work, making lame small talk with colleagues via a recording and sitting in on Zoom calls.

The videos are featured on Little Casesars’ TikTok account, which has more than 220,000 followers. Adam Waheed’s video alone—in which his doppelganger vacuums the house and does the laundry—has garnered more than 2 million views.

“[TikTok] continues to be a powerful way to reach young audiences, which is a core focus of our brand,” Klein said. “It’s a platform that celebrates entertainment, distinctiveness and delicious food, which are characteristics that we value.”