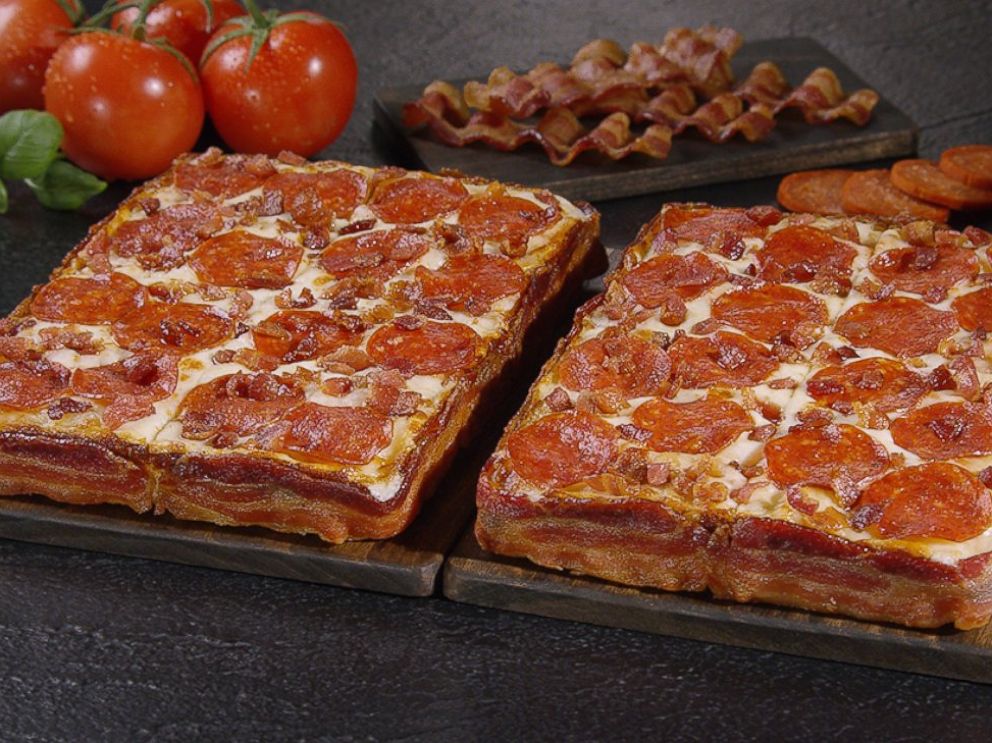 It's 400-plus calories of bacon bliss. At least that's what Little Caesars is hoping as they debut their bacon-wrapped pizza on Feb. 23. Some in the Twitter universe are not buying into the porky pleasure.

high sodium and cholesterol here I come!  ABC says Little Caesars announced its new “Bacon Wrapped Crust DEEP!DEEP! Dish pizza,” a behemoth of a pie with two types of bacon and classic pepperoni on a Detroit-style deep dish crust. Little Caesars described it as an “8-corner deep dish pizza wrapped in decadent whole strips of thick-cut, crispy bacon, and then topped with pepperoni and even more chewy pieces of savory bacon goodness.”

The $12 pie clocks in at 450 calories per slice with 830mg of sodium and will be available for only a limited time at participating locations.

For more reactions to this pigout of a pizza pie, read on.