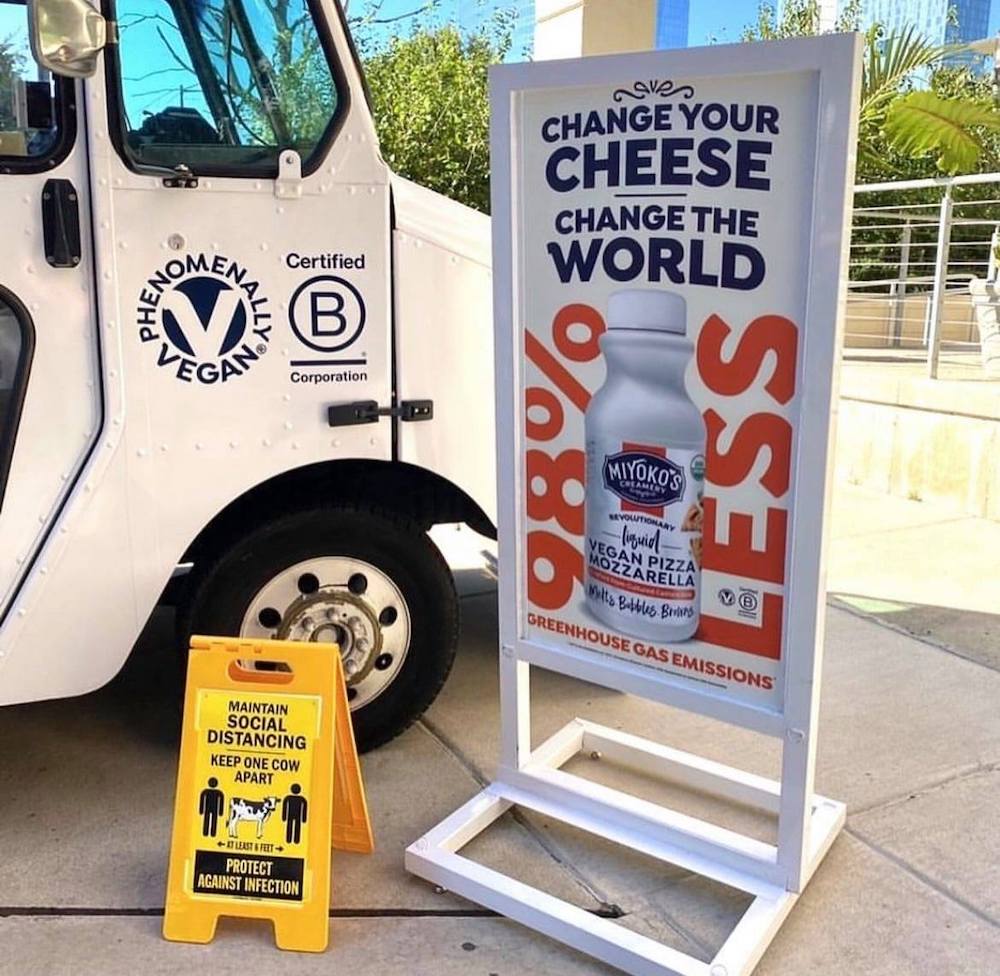 Philadelphia was the first stop on Miyoko's Creamery's tour of the pizza belt to promote its new Liquid Vegan Pizza Mozzarella.

Vegan cheese brand Miyoko’s Creamery has invented a new liquid vegan mozzarella specifically crafted for pizza and will be promoting it in a tour through America’s “pizza belt” while giving away 10,000 slices of vegan pizza.

The event’s name is not exactly a masterpiece of understatement: “Miyoko’s Mind-Blowing, World-Changing, Phenomenally Vegan Pizza Tour.” But it just might live up to its billing, thanks to the potentially revolutionary pourable plant-based mozzarella.

The tour kicked off on September 24 and spent three days in Philadelphia. Next on the itinerary: Charlottesville, Virginia; Richmond, Virginia; New York City; Boston; and back to New York City.

The tour features Miyoko’s new Liquid Vegan Pizza Mozzarella, an alternative to the traditional solid block of vegan cheese that has to be shredded. It’s made with cultured cashew milk and reportedly delivers a better melt on pizza.

“My goal was to create a vegan cheese worthy of pizza, a vegan pizza cheese that is so good that pizza lovers cannot believe it’s vegan and inspires people to change their cheese to change the world,” Miyoko Schinner, the company’s founder and CEO, told VegNews. 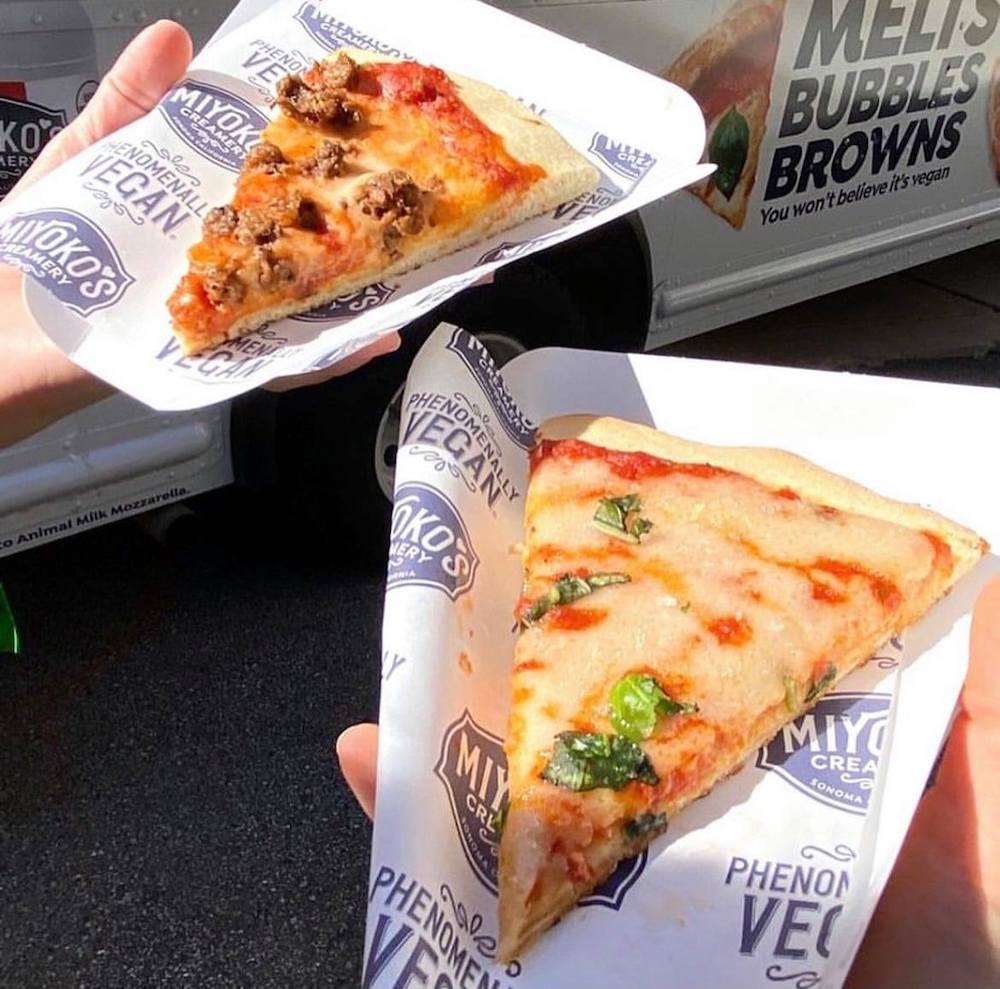 “While Pizza My Heart has offered vegan options, we haven’t always done it well,” said Spencer Glenn, Pizza My Heart’s CEO, in a statement to VegNews. “We have long searched for a mozzarella with the taste profile that would appeal beyond the hardcore vegan community. This is the first vegan mozzarella that we’ve tasted that can do that.”