This Pizza Machine Does It All, Including Mixing the Dough - PMQ Pizza Magazine 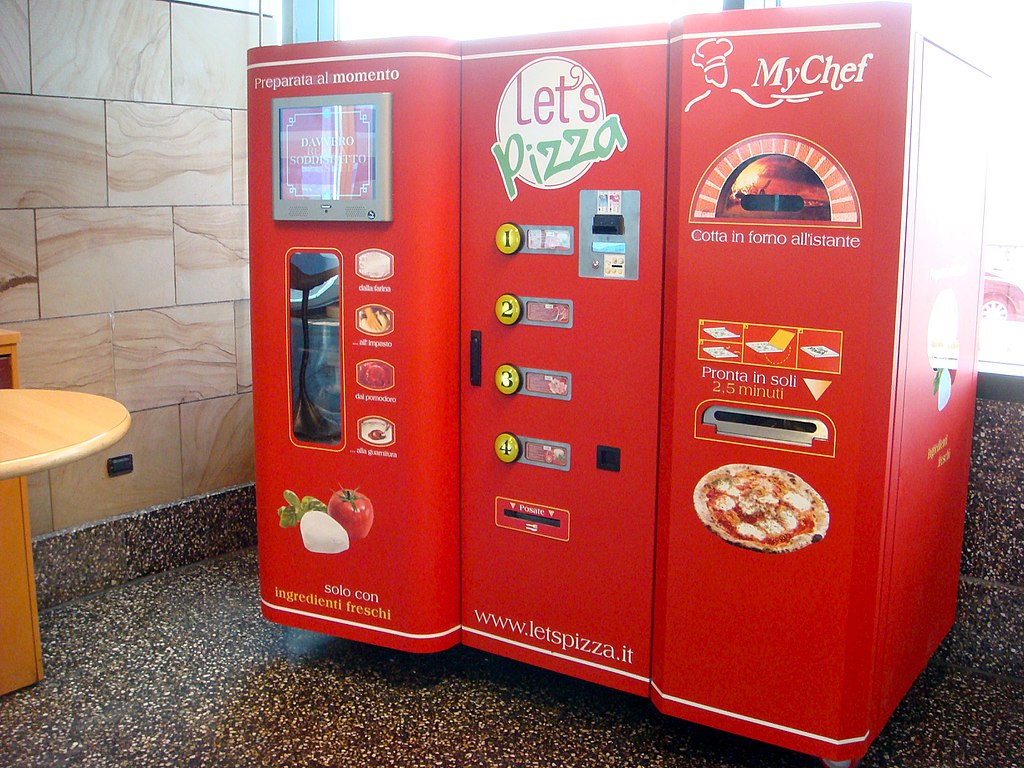 Related: The xPizza Cube: Watch a pizza robot in action

Is there anything a pizza robot can’t do? If “mix the dough” was your “automatic” response, Let’s Pizza, headquartered in Bolzano, Italy, would like a word with you.

The company, owned by Yay Foods in Dubai, offers a pizza-making machine that can mix the dough and top the pie with sauce, cheese and one additional topping, including meats like pepperoni, ham, bacon, salami, prosciutto, chicken and bacon. According to Let’s Pizza’s website, the Gen 2 version—available in 2022—can be equipped with an optional slicer.

At present, each machine offers just four topping options, such as prosciutto or salami. Customers make their choice by simply pushing a large yellow button, and the machine goes to work.

Let’s Pizza says its machine mixes and presses a fresh batch of dough for every custom order. Then it tops the dough with sauce, cheese and the customer’s preferred topping, bakes it at 380° in an infrared oven and pops it out in a cardboard box, all in under three minutes. The machine can churn out 100 pizzas before it needs to be refilled with ingredients, according to the company.

Related: Pizza Power Report: Get ready for the robots

Let’s Pizza’s machine has been around for more than 12 years but hasn’t made a lot of inroads thus far. Even so, as the New York Times reported last June, entrepreneur Massimo Bucolo took the plunge and installed Rome’s first pizza-making machine near the city’s main university in 2021. “I’m not trying to compete with pizzerias,” he said. “I’m proposing an alternative.”

The Times reports that Rome’s food journalists and bloggers “have mainly turned up their noses” at the idea of machine-made pies. “I was massacred,” said Bucolo, who calls his pizza vending business Mr. Go. But he’s counting on the novelty of the machine to attract first-time customers. “It’s what I call the curiosity pizza because it’s the one that costs less and people are more likely to buy if they just want to try it.”

Let’s Pizza was founded by Claudio Torghele and Raman Macker. In the New York Times piece, Torghele expressed surprise at Bucolo’s bold move in a city that’s already crammed with authentic pizza restaurants. “We never thought that that we’d ever have a machine in Rome,” he said, “but there you have it.”