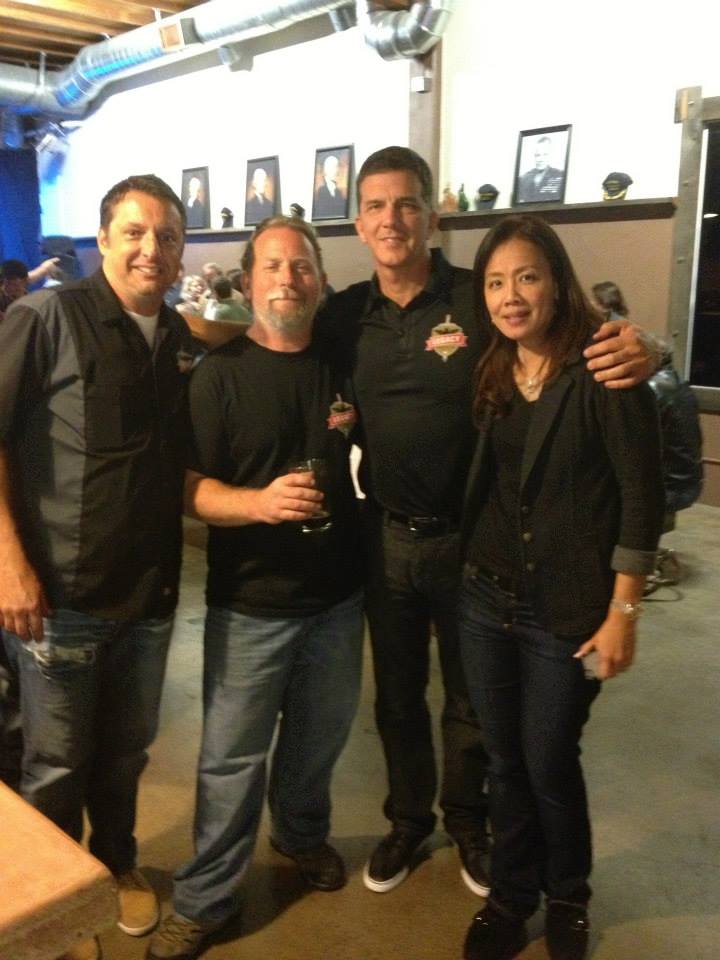 San Diego County has become one of the most dynamic craft beer destinations in America and arguably the world.  Legacy Brewing Company of Oceanside is the latest addition to the county’s craft beer—pardon the pun— legacy.

Mark Mericle, head brew master for Legacy, has beer brewing roots that run deep and far.  About 30 years ago while visiting his family in Bavaria, Germany, Mericle was inspired to return to California and enter the craft beer business.  After a few years working as an apprentice, Mericle co-founded Orange County’s first microbrewery which went on to win several industry awards including a gold medal at the Great American Beer Festival.  Mericle’s brewing talents were also recognized by the late author and beer critic Michael Jackson in his book “The World Guide to Beer”.

Co-owners Mericle and John “J.J.” Snyder, both from Fallbrook, along with Bob Adamson of Poway and Maria Tjokrosetio have been building the brewery for nearly a year and opened in October 2013.  Legacy has 12 beers on tap and is currently in 25 plus restaurants.   In addition to the brewery start-up effort, the men have been tending to other business interests.  Mericle is a professional golf instructor, Snyder operates an audio/visual production company and Adamson is a sales executive.

“We’ve put in a ton of overtime to get it all ready, so it’s very rewarding to finally be open and brewing the beer,” said Snyder.

Legacy Brewing Company is located at the intersection of Highway 76 and Airport Road in Oceanside.  The tasting room is open daily from 11:00am until 11:00pm.  Private group tours are available by appointment.