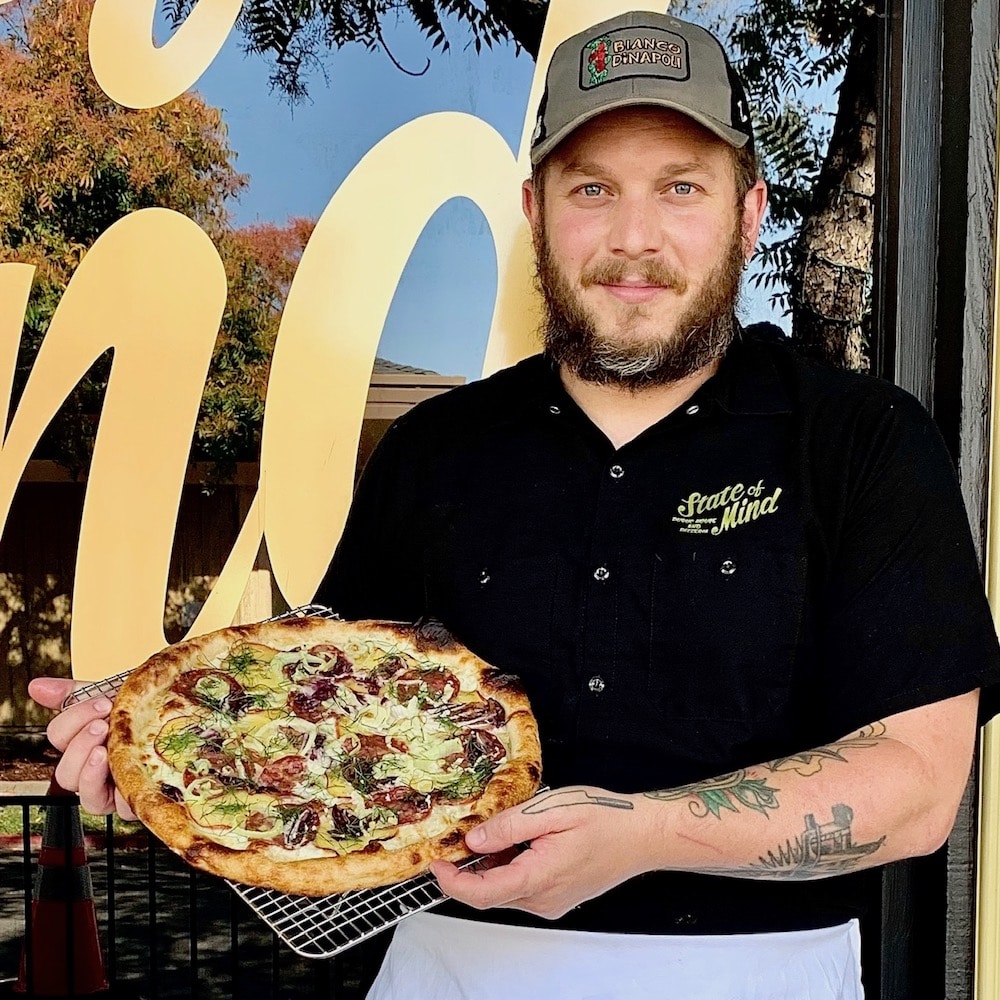 Everyone knows the saying, “You eat with your eyes. The U.S. Pizza Team (USPT) proved the mantra this October when it hosted the inaugural Virtual U.S. Pizza Cup (VUSPC), an event that was welcomed with astounding enthusiasm from pizza makers across the nation.

Twenty-eight competitors from all corners of the country submitted pictures and recipes of their best pizzas to vie for the title of the first VUSPC Champion. From shrimp to elk meat, tahini sauce to tequila-soaked chicken, these pizzaioli put it all on the line—and on top of their pizzas—for a total of $3,000 in cash prizes and bragging rights for the best photo/recipe in the USA.

“In the absence of in-person events this year, we needed to fill that void to keep the industry’s spirits up as well as give these pizza makers some practice for future competitions,” said USPT Director Brian Hernandez.

Seven industry professionals from both the culinary and food photography fields judged the entries on the technical aspects of the pizza pictures as well as the recipes.

The competition was close, with 5th and 6th places separated by a mere one-half point. But in the end, there were three shining stars on the horizon.

First place was seized by Lars Smith of State of Mind Public House in Los Altos, Calif. His “Days Between” pizza showcased fresh California flavors and produce, such as Toma cheese, fennel salami and fresh apples, all captured on camera with mouthwatering appeal to entice customers through social media, print and menus.

“I’m so happy PMQ Pizza Magazine and the USPT put this event together,” Smith said. “In a year where there hasn’t been much to look forward to, this competition was something to focus on outside the day-to-day stresses of navigating a business through a pandemic. Winning was just the icing on the cake for me.”

Related: Try out these pizza recipes dreamed up by a computer!

Second place went to Sean Dempsey of Dempsey’s Brewery Pub & Restaurant in Watertown, S.D. Tapping into his Austrian roots, Dempsey pleased the judges with his Oktoberfest Pizza featuring lingonberries, sauerkraut and bratwurst, a one-of-a-kind pie recommended to pair with a nice Oktoberfest pint. Dempsey sealed the deal with a verification photo in which he showed off his winning slice while wearing lederhosen. Talk about commitment!

Third place went to Rico Lunardi of Slice on Broadway in Pittsburgh, Penn. Relatively new to competing, either in person or virtually, Rico brought his A-game with spectacular results. Lunardi’s “Pizza di Broccolini” got the judges’ attention with a clean, simple look that hid flavorful secrets found along the gustatory journey. Utilizing sauteed broccolini, fresh garlic, hot Italian sausage and a delightful lemon zest, Lunardi demonstrated how you can take a few ingredients and make each one of them a star, both in your promotional photos and on your customer’s table.

Related: 7 can’t-miss ways to spice up your pizza recipes