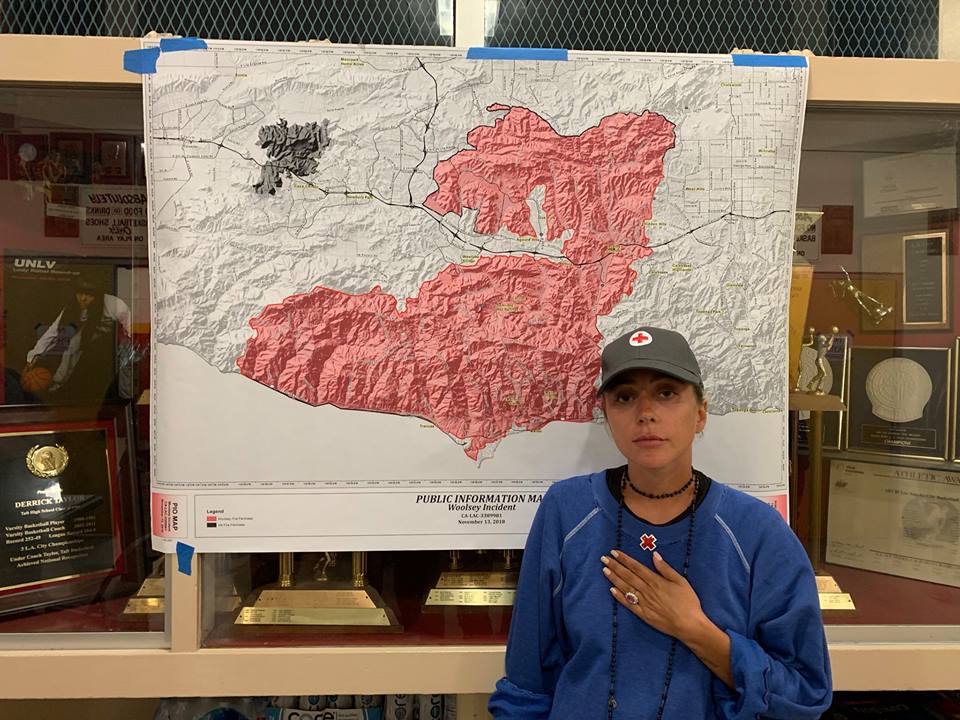 Well, OK, that’s probably not going to be a regular gig for her—we doubt the “Born This Way” singer needs the extra cash. It was more of a one-time gesture of kindness when Gaga delivered free pies, along with hot coffee and gift cards, to a Red Cross wildfire evacuation center at Pacific Palisades High School earlier this week.

Along with thousands of other southern Californians fleeing wildfires blazing through the region, Lady Gaga was forced to evacuate her Malibu home last week due to the Woolsey fire. 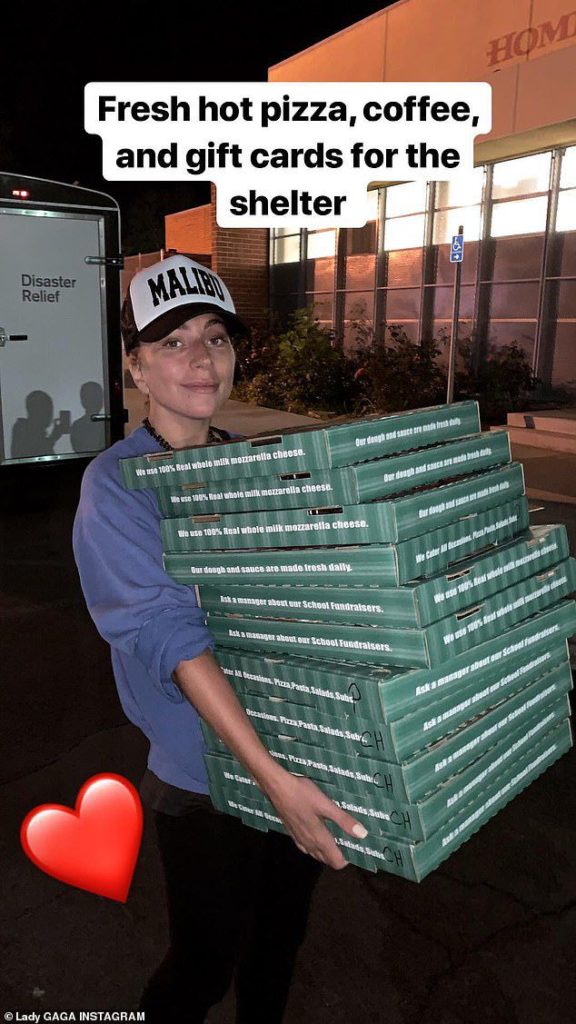 Gaga posted photos of her visit to the shelter on her Instagram page. One photo shows her with a stack of 11 large pizza boxes, although there’s no word as to which pizzeria provided the pies and no logo is evident on the boxes.

Gaga told her Instagram followers that she made the special delivery in honor of “my favorite day of the year—it’s World Kindness Day. I encourage you all to do one act of kindness even it’s for yourself.”

Gaga reportedly spent about 90 minutes at the shelter, posing for photos, handing out gift cards and even singing to a 98-year-old evacuee, according to media reports.

We do know the "Mother Monster" pop diva is a big pizza fan. In 2013, she expressed her preference for Chicago pizza and had been spotted at Lou Malnati’s, renowned for its deep-dish pies, and Pizano’s Pizza & Pasta in the Windy City in 2012, according to the Chicago Tribune. In an interview with Sirius XM Hits Radio 1 that year, she said, “I love ordering pizza. It’s so bad. My boyfriend caught me once eating it in the bathroom in the middle of the night. I woke up in the middle of the night, and I found a piece that was sitting by the bed or something, and I walked into the bathroom and I was eating it. I just heard the door open, and I had the pizza in my mouth, and he just shook his head at me and said, ‘That is just shameful.’” 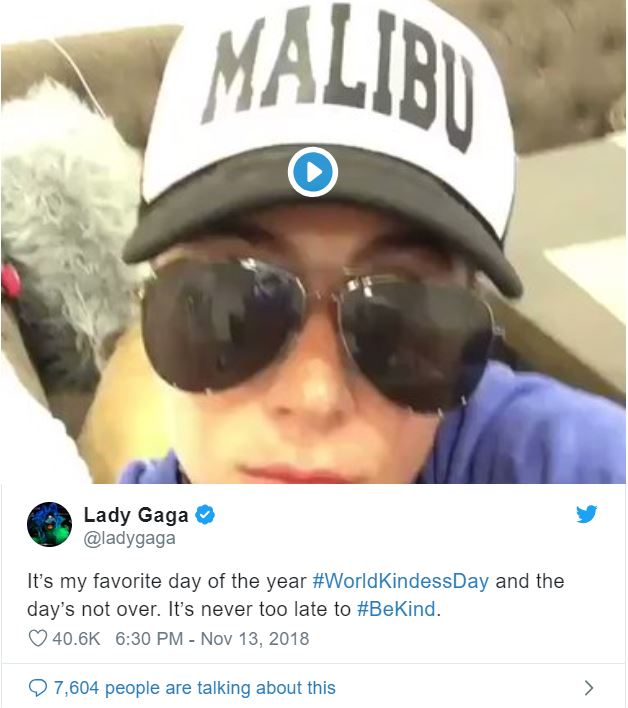