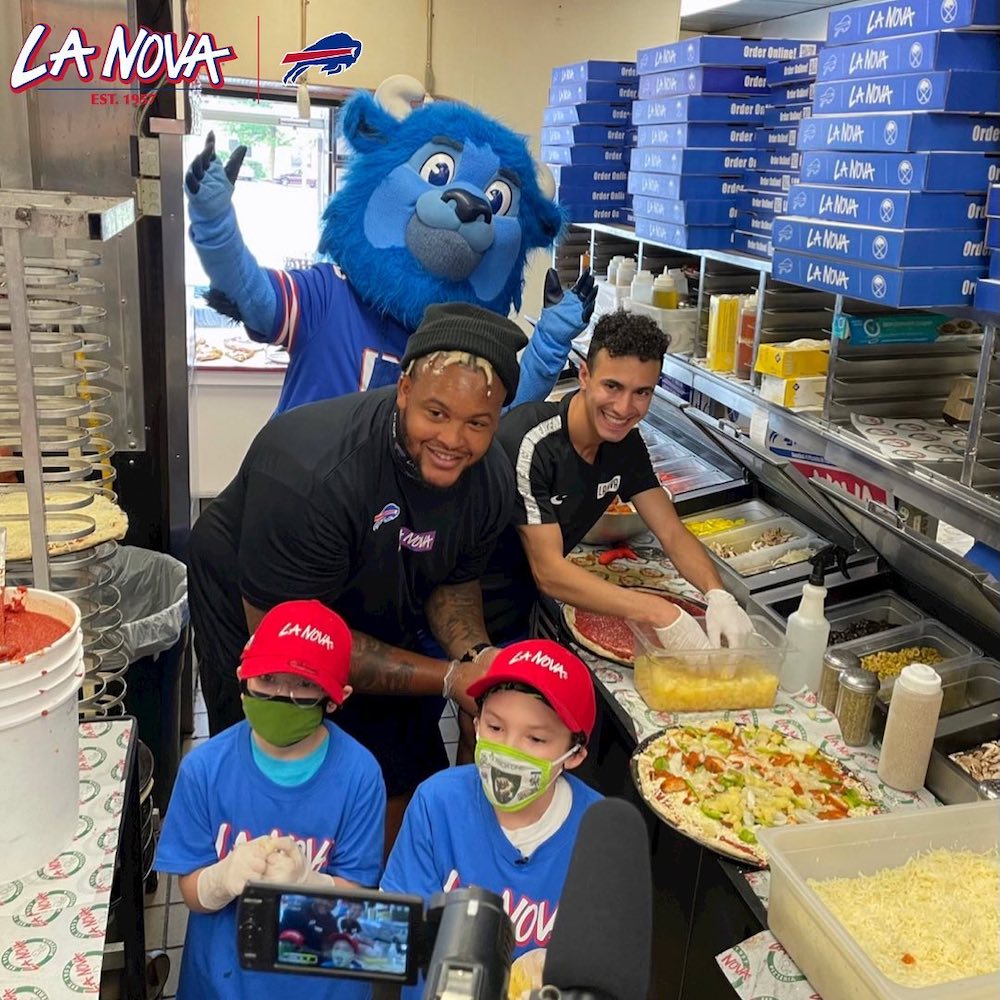 For his 10th birthday, Kenly Getz was given a choice between a Nintendo Switch and pizza in Buffalo, New York. When he chose the latter, La Nova Pizzeria, a Buffalo landmark restaurant, made sure he wouldn’t regret it or forget it.

“I’m a single mom, so I told him he could only choose [one],” Kenly’s mom, Heather Getz, told WKBW. “He asked if chose Buffalo, would he get pizza? I told him yes, and he said he’s going to Buffalo.”

After Getz tweeted about it, Carla Todaro-Pantano, a La Nova co-owner, tweeted back and offered to sweeten the birthday pot. “Me, being that I love kids so much, I reached out to the Bills,” Todaro-Pantano told the TV news outlet.

When Kenly showed up at La Nova a few weeks later, there was a special guest waiting for him: Bills left tackle Dion Dawkins. 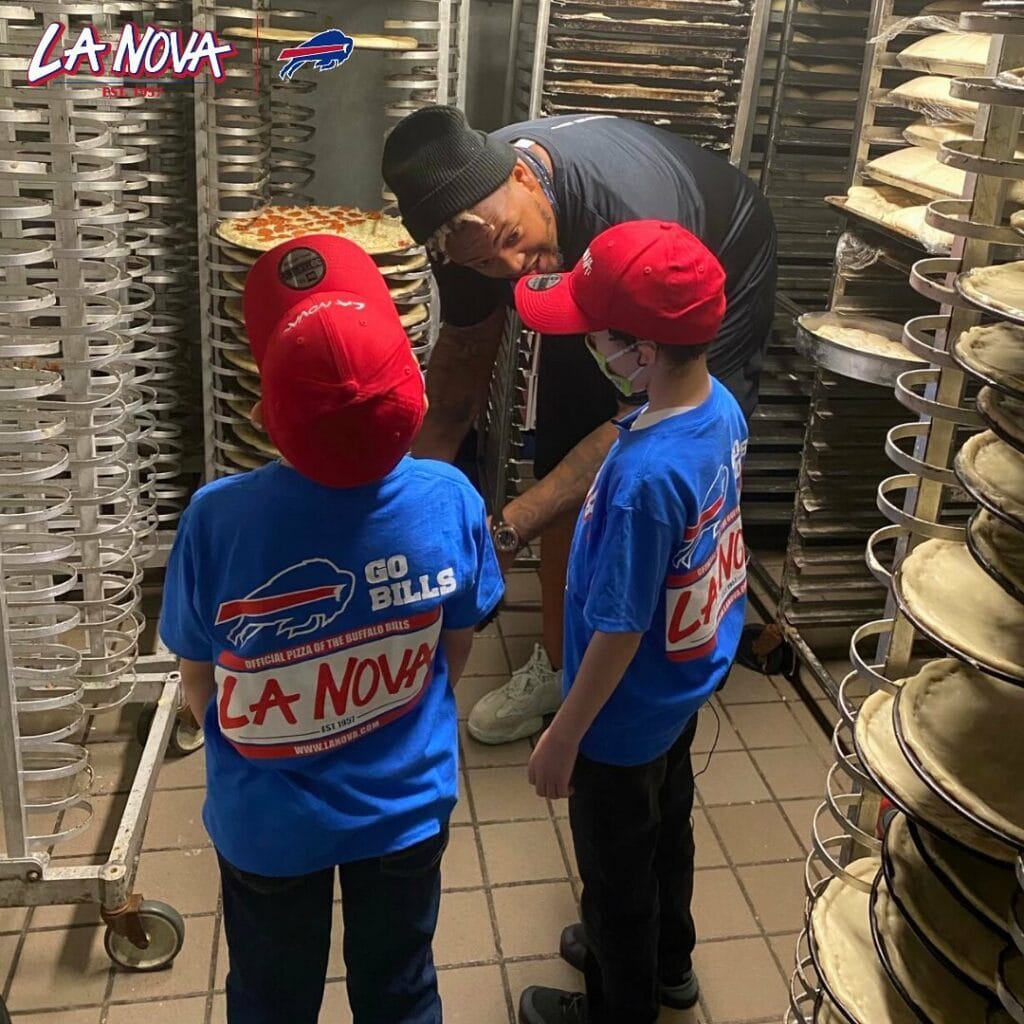 Dawkins helped Kenly and his brothers make their own pizzas, and Todaro-Pantano was impressed. “His pizza came out perfect,” she said. “It wasn’t lopsided. Crust was perfectly done. I was, like, man, this kid is a natural-born winner!”

Dawkins told WKBW the party exemplified the personality of Buffalo. “The people here are drastically different than the other people around the world,” he said. “They care, they smile, and they’re nice. Whatever he saw on the internet of people jumping on tables or just being happy, he’s seen it, he felt it, and he’s connected.”

And La Nova is better connected to the city of Buffalo than most. Founded in 1957 by Joe Todaro and his son, also named Joe, La Nova is just as famous for its chicken wings, which are sold in pizza shops and restaurants around the country, as for its pizza. The company is the official pizza of the Buffalo Bills and other local sports teams.