No way, there is just no way that will work… a restaurant that serves over 1,200 covers every evening, but only has one 10’ prep table with a single sink. A facility with dry storage that can only be accessed from outside the building. The travel distance from one table to the bar or washing area (two areas frequently accessed by table’s server) is nearly two-thirds of a football field…each way. Can’t be done… or so I used to think. In the past I would have clearly stated that none of the scenarios described above would work. I would have professed their certain failure. Well, it’s a good thing I didn’t put my comments in writing, because I would have been dead wrong!

I have met with many clients over the years, and heard some ideas that range from impractical to completely ridiculous. Earlier in my career, I would often respond to such misguided direction with confident resistance for two main reasons. First, I wanted the best for them, their operations, and their future endeavors. Second, I lacked the experience and perspective to understand that this is not an industry built on ideal situations and endless funding to allow for a perfect scenario on every project. The first reason hasn’t changed. However, experiences have led to a more moderated, open- minded approach to some of the wacky ideas…my earlier approach was wrong.

The hospitality industry has been built by hard-working, determined individuals that have invested many hours and made an untold number of sacrifices in exchange for successes. In other words, we are a hardy group, capable of overcoming challenges. This “can do” and “we’ll make it work” attitude is often evident in the facilities that we operate. Our managers, operators, and owners are so focusedon success that they will not allow themselves to see minor inconveniences as inhibitors to performance. Often unknowingly, potential modifications that could improve overall performance of the operation are overlooked, resulting in negative impacts on labor, service, and revenue.

NOT AN EXACT SCIENCE

When an electrical engineer approaches a project, there are a limited number of acceptable solutions. There are standard code requirements, materials, and practices that result in predictable options. Sure, approaches may differ, but the variables are somewhat limited. In foodservice design, no such luxury exists. For the electrical engineer, all electricity works and flows the same way. I have yet to meet two chefs, operators or managers – even inside the same organization – that work the same way. The hospitality design community is presented with a much greater challenge than most other design professionals.

There simply is no one right answer. There are an infinite number of solutions, which are based on the preferences of the operations team. Yes, we have codes that we must abide by, however these codes are general guidelines and offer much more flexibility than most other disciplines, thereby allowing for preferences to play a much greater role in our designs. Take something as simple as a preparation area – a prep sink will be required, but the location of that prep sink is completely subjective. How about a cooking line? The order, arrangement, and desired adjacencies can vary from one operator to another. Consider now the equipment items selected, which can vary greatly based on the culinary team’s desired preparation methods.

With this updated perspective, it becomes clear that while there may be some options that are better than others,there are numerous solutions that will work. Considering this perspective, in conjunction with the “never-say-die” attitude of those on the front line of our industry, and yet another realization becomes clear. Operations teams are like water…they take the path of least resistance. These front line warriors will blast through any obstacles and then find a way to work around those that they cannot remove. I have found that individuals in our industry have an inherent ability to adapt to any situation. Thus, the lack of sufficient preparation space may be overcome through the development of a customized in-house production system and creative scheduling that make the problem go away. In fact, that is exactly what this one particular operator decided to do…and they have found a way to support 1,200 covers with only one prep table.

This power should not be underestimated. I once worked closely with a management team in the design of a restaurant. The team wanted a specific flow for the servers through the kitchen – in one door and out another. A single direction door was provided that would only swing in. Great! On both my first and second visits, servers had propped the door open and bypassed the carefully crafted plan. By the third visit, the management team had given up and the door was changed. In another example, there was a restaurant ina very well-known hotel that was running a 150-seat dining room and lounge in a remote location with two portable butane burners and a mobile heated cabinet from the main kitchen…24 stories below. Did I mention that there was only one chef and one bartender staffed each night? It was truly amazing what they were capable of accomplishing.

There are countless examples where operational obstacles have been overcome. This skill, however, can also become a liability during the planning and design of a new or renovated facility. By nature, we are creatures of habit. I have found teams become so accustomed to overcoming challenges that when a blank slate is provided, they often fall back on what they are familiar with and recreate the problems that they currently have. Unfortunately, this happens too often and hinders the operations’ true potential for efficiency, performance and profitability.

To sum it up, just about anything will work … it is simply a matter of how well it will work. Sure, you can cart drinks hundreds of feet, but the staff is likely to stop promoting drinks if it inconveniences them. Absolutely, you can reduce your storage to the point where daily deliveries are required, but what does that do to the cost of the product? Yes, anything is possible, but there is a fine line between making something work and forcing something to work – the key is knowing where that line is, and ensuring that it is not crossed.

Want to Sell Your Pizzeria? Here’s How to Position It for Maximum Value 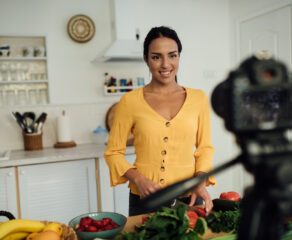