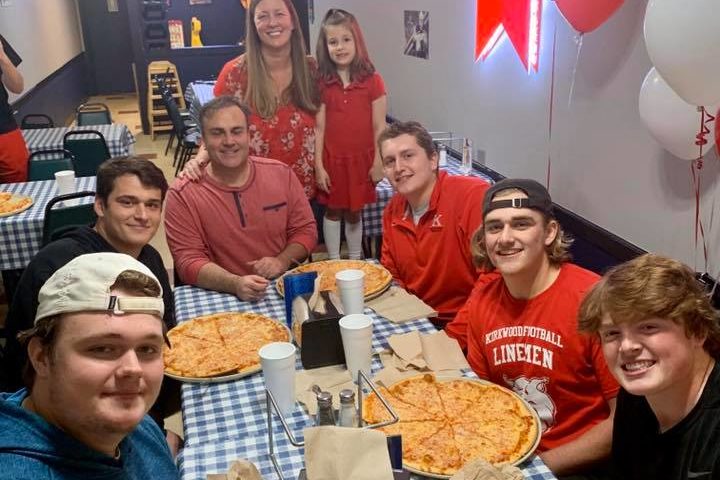 The annual Turkey Day high school football game is a 112-year-old tradition between Kirkwood High School’s Pioneers and Webster Grove High’s Statesmen in St. Louis, Missouri. Recently, a local pizzeria included itself in the century-old event with a new tradition of its own: a pizza-eating contest.

The Kirkwood offensive linesmen scarfed down as many slices as they could. Senior offensive lineman Dan Brown won after obliterating a 16-inch cheese pizza in just seven minutes.

The pizza-eating contest is one of the numerous festivities that has grown up around the historic game.  The Friendship Dance is held annually at whichever school isn’t hosting the game that year as a gesture of goodwill. Each school then names a Friendship Court with a King and Queen. However, the game itself is considered a rivalry (although it’s difficult to say, considering the sheer number of Webster’s losses to Kirkwood). The rivalry has been recognized by ESPN and even appeared in a multi-page article in Sports Illustrated.

Both teams receive a trophy: the winner gets the Frisco Bell donated by the Frisco Railroad Company – a bell from a retired locomotive – while the loser takes home the Centennial Jug.