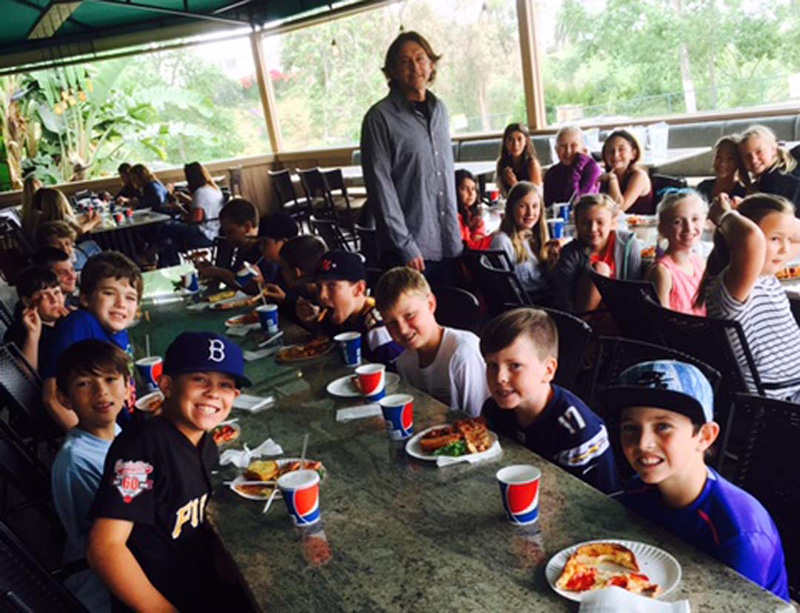 When a group of 31 fifth-graders sent personal letters to their favorite local restaurants and other businesses as part of a class project earlier this year, only nine owners wrote back. But one of them made all the kids’ work worthwhile. Naturally, that person was a pizzeria owner.

According to the Coast News Group, Leucadia Pizzeria in Encinitas, California, threw a free pizza party for the entire class of La Costa Heights Elementary School kids, plus 10 parents, thanks to a letter from 11-year-old student Asya Anderson. The pizza shop’s owners, Chip and Linda Conover, offered to either host the party in-house or bring the food to the school—not surprisingly, the kids opted for a field trip for pizza.

“I was expecting that they would reject the letter and not write back,” Asya told the Coast News Group, adding that she was especially surprised by the Conovers’ offer of a pizza party for the entire class. But no one was more surprised than Asya’s teacher, Natalie Christ, who has been spearheading these letter-writing projects for years. “I have been teaching for 17 years, and never has an establishment paid it forward in such a generous manner,” she said. Asya’s father, Karl Anderson, agreed, adding, “It really was the right words at the right time.”

The letter-writing project “was aimed at helping the students meet a fifth-grade standard of opinion writing [while] empowering students to find their voice and feel confident in sharing that opinion with others,” the Coast News Group reports. After students wrote the letters, Christ followed up with a personal note to each business and asked for a response to each child. But most of the 31 business owners ignored the letters, with only nine responding at all—and some of those sent “terse responses telling the students to solicit donations from a local branch,” suggesting they never read the letters at all.

But Chip Conover not only read Asya’s letter, he even followed up after not hearing back on his offer for the pizza party. Once state testing was over for the kids, the party took place at Leucadia’s patio on Friday, May 27, and included a feast of pizza, pasta, salad and cookies. “I have been going there as long as I can remember,” Asya said. “I was happy I got to share it with my classmates.”