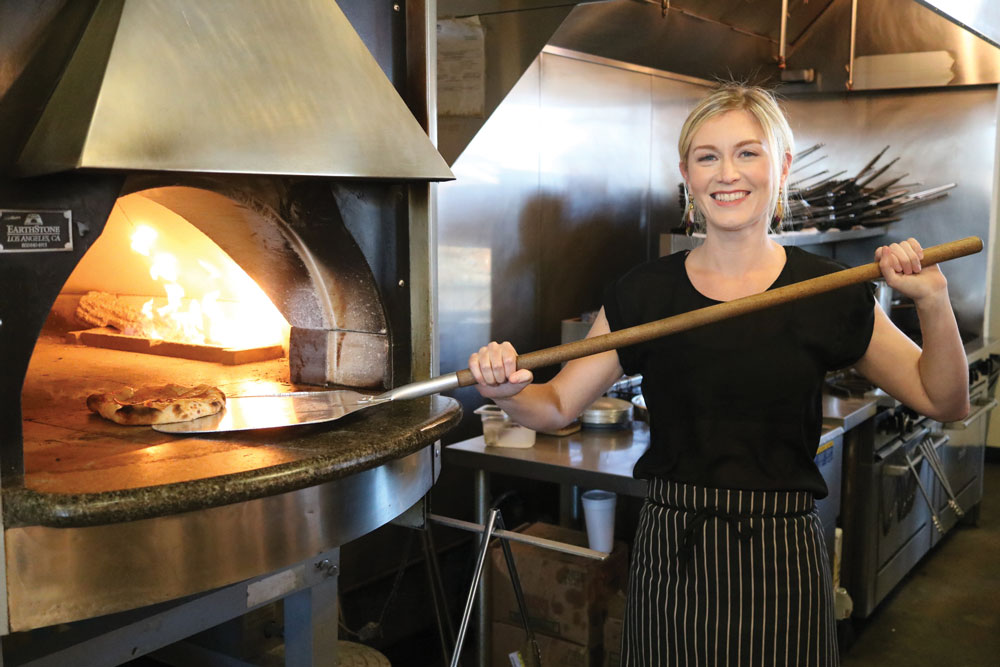 Katie Collier was profiled in PMQ's May 2017 cover story.

If it’s fast food you’re craving, the artisanal pies and entrees at Katie’s Pizza & Pasta Osteria in St. Louis wouldn’t ordinarily be your first choice. But a cross-promotion between Katie Collier’s full-service restaurant and the locally famous Lion’s Choice roast beef sandwich chain will bring the best of both culinary worlds together for a limited time only next month.

“It was such a fun exercise to play around in the kitchen and find a dish that showcases both of our [foods],” Collier said in a press release. “I ran the test pizza by my team, and everyone loved it.”

The special will run from October 1 through October 3 at Katie’s Pizza locations in Rock Hill and Clayton.