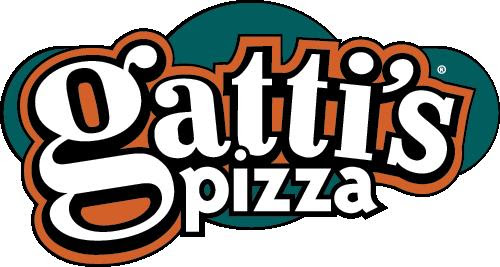 Karl Strauss Brewing Company has a longstanding tradition of supporting its local community, a core value instilled by the late brewmaster, Karl M. Strauss. In honor of Karl’s lifetime commitment to community service and education, the company established the Karl Strauss Brewer’s Education fund in 2009—created to help aspiring brewers pursue an education in brewing science. The company is proud to announce that it is partnering with UC San Diego Extension Brewing Program to fund an annual scholarship through the Brewers Education Fund to help educate San Diego’s next generation of talented, local brewers.

“Karl was passionate about education and he believed that brewing was a delicate balance of art and science—and only when you mastered the science could you indulge in the art,” says Paul Segura, Brewmaster, Karl Strauss Brewing Company. “I attended the Brewing Science Program at UC Davis and I am stoked that we can pay it forward by helping others achieve their dreams to be part of our thriving brewing industry.”

Karl Strauss’ first recipient of the Brewers Education Fund scholarship is Frank Yepiz, Chula Vista resident and lifelong San Diegan. “Frank has an amazing story that immediately resonated with us,” says Segura. “Here’s a guy who wants to make a life change and we have the unique opportunity to make that dream come true.” A stay-at-home dad to two young daughters, Frank was pursuing his undergraduate degree in physics at UCSD before making the decision to be at home with his girls. With his youngest daughter turning one year old, Frank decided it was time to prepare for a career change.  Frank stumbled into the world of beer via bread baking—he wanted to provide healthier food for his family and began baking his own bread and eventually propagating his own yeast cultures. The world of fermentation quickly expanded into homebrewing and Frank knew he wanted to be part of the local craft beer industry. “I heard about the Karl Strauss scholarship on the radio and I applied. I never thought I would actually get it, so I didn’t even tell my wife I applied. I am so grateful and excited to have this amazing opportunity,” says Yepiz.

Frank will embark on the 18-24 month long journey, which includes courses from leading professional brewers and other industry experts as well as a valuable internship at Karl Strauss Brewing Company. Karl Strauss will follow Frank’s journey with a series of blog posts to chronicle his learnings and share his experience with other aspiring brewers. The company will offer a second brewing scholarship this fall, and a subsequent annual scholarship beginning in 2015. For more information about the Karl Strauss Brewers Education Fund, visit www.karlstrauss.com. To learn more and apply for the UC San Diego Extension Brewing program and Karl Strauss scholarship, visitextension.ucsd.edu/brewing. Share it. Cheers.

Karl Strauss Brewing Company has pioneered the San Diego beer scene since 1989 with innovative beer releases like Big Barrel IIPA, Wreck Alley Imperial Stout and Mosaic Session Ale. The brewery has won 54 medals over the past three years and its Red Trolley Ale is one of the most award winning beers in the world. The company is currently ranked #41 on the list of the country’s top craft breweries with sole distribution in California. 2014 is on pace to be another exciting year of double-digit sales growth, with the main brewery tasting room and newly remodeled brewery restaurant in Sorrento Mesa now open. For more information visit www.karlstrauss.com or call the brewery at (858) 273-2739. Share it. Cheers.