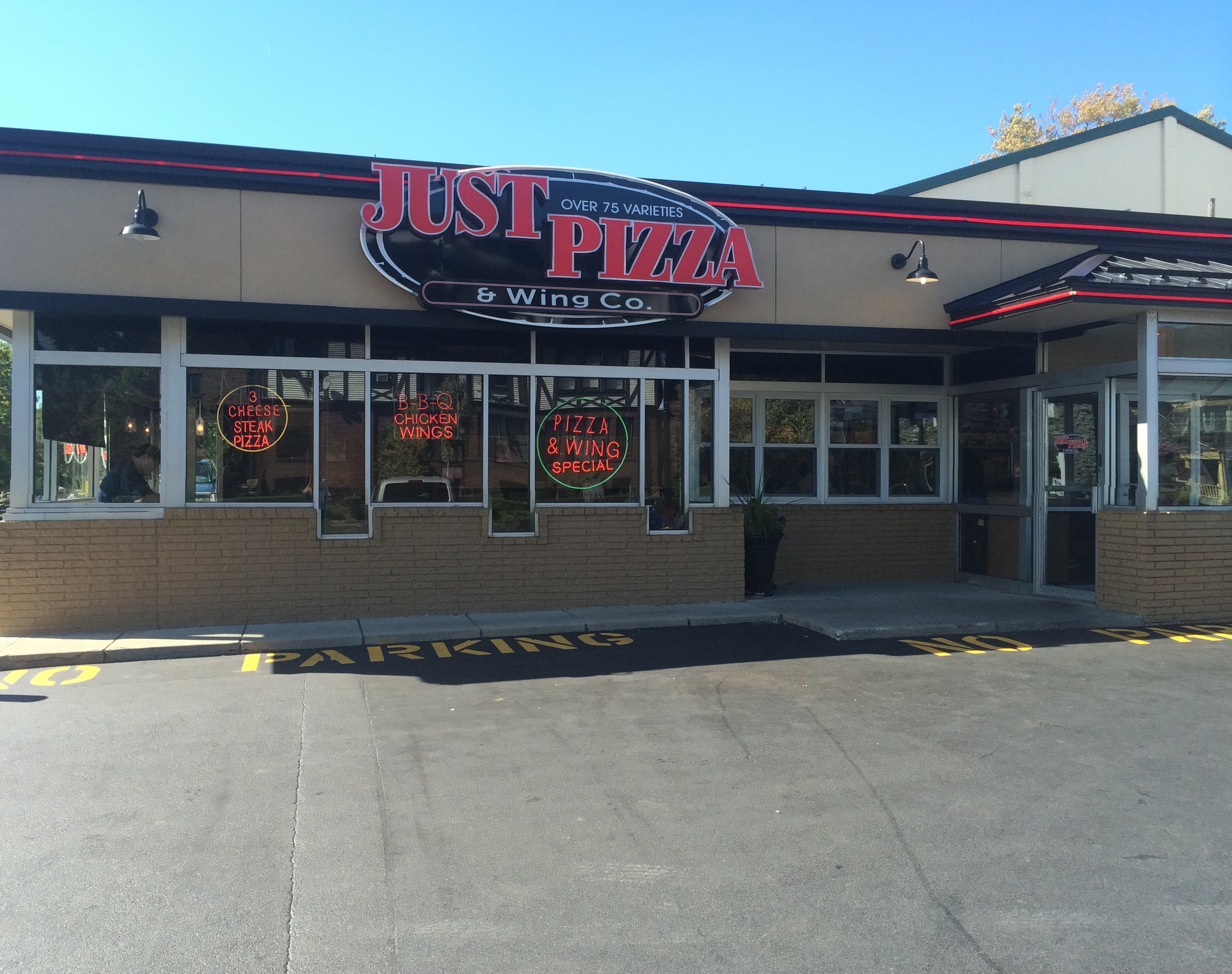 Just Pizza Franchise Systems, Inc. announced today that the Name of which they have come to be known since their opening in 1992 JUST PIZZA, will now consummate there Pizza & Chicken Wing Marriage by becoming JUST PIZZA & Wing Co.

Company VP of Marketing & Franchise Development, Mark D. Campanella said that Company Founder Rudy Alloy Jr. used this Summers Canalside Concert Series, The Taste of Buffalo, as well as other outdoor venues that he sells pizza at as a sounding board for which he randomly polled customers as to their knowledge of Just Pizza, as well as the other Food Items that are served in WNY’S 11 Just Pizza Locations. He said even though the Company as whole sells a lot of Pizza, Chicken Wings, etc. he was amazed at the number of people when specifically asked if they ever tried (ordered) Just Pizza’s Chicken Wings that answered NO.

In moving forward and over the next few months the Companies 11 locations will transition with all New Signage from JUST PIZZA to JUST PIZZA & Wing Co. Alloy said this transition actually started a few years ago with development in our test kitchen of what are Now “25 Different Chicken Wing Sauces”, such as Black Berry BBQ, Texas Smoked BBQ, and Sweet & Spicy Chili Grilled (to name a few), with another 23 in the mix to Compliment Our “WING CRAZY CITY”! This at that time led to the opening of his 1st JUST PIZZA & Wing Co. on Division Street in North Tonawanda. The “Concept” will be carrying on with the Re-Opening of their Transit Rd. (Clarence, NY) Location, of which has gone thru a Major Facelift, with a Simplified Menu, and New Franchise Owners, Sam Carubba and Brendan Chiarilli. This location will boost a Selection of Craft Beers on Tap & Bottled, Wine by the Glass & Bottle(Beer & Wine Bar), along with a 40 Seat Dining Room, with Flat Screen TV’S throughout. Campanella said this will be the “Foot Print” of all of our Future Franchise Dine-In Locations to follow, noting that Take-Out & Delivery is available as well. The North Tonawanda Location is the “Foot Print” of a Take-Out & Delivery Only Location.  He goes on to say that people that are looking for a Franchise Opportunity want a Simplified Formula to achieve success, and that is exactly what we’ve done.

In the meantime the Name Transformation of the Companies current locations has begun with New Signage at the “Flagship 300 Elmwood Avenue” (Elmwood Village) Location and will continue on throughout all locations.