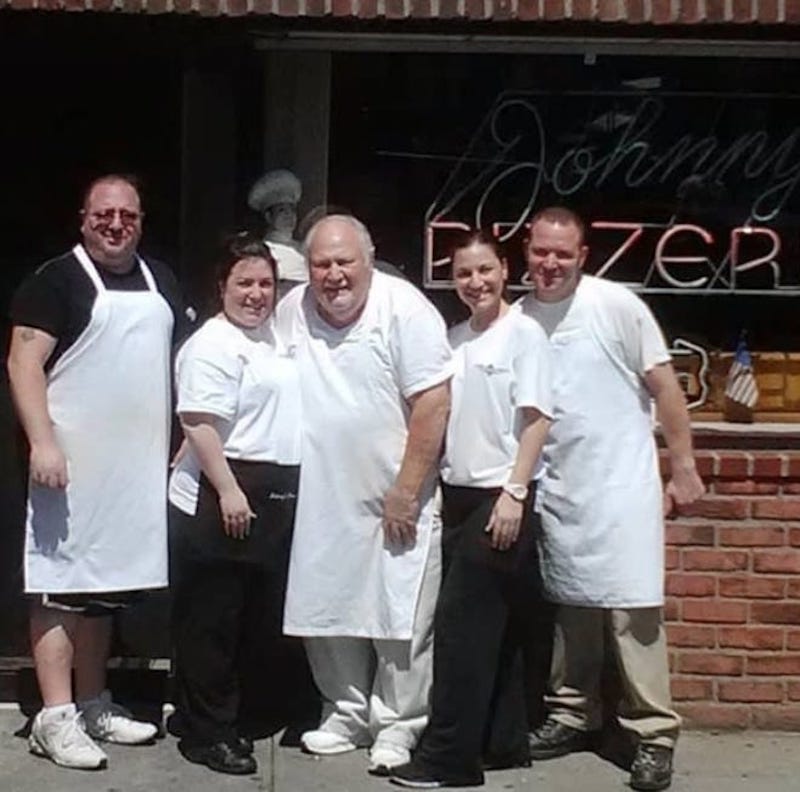 Joseph Piscopo Jr. is pictured here at far left with his family outside of Johnny's Pizzeria in Mount Vernon, N.Y.

Joseph Piscopo, Jr., the co-owner of the beloved Johnny’s Pizzeria in Mount Vernon, New York, passed away last week at the age of 49.

Johnny’s Pizzeria is known for its cracker-thin crust, New York Yankees-themed décor and a strict cash-only policy. TV and film star Kevin James of “King of Queens” fame is a fan of the pizza shop and once posted a selfie while eating one of the restaurant’s Sicilian pizzas customized with the letters “K of Q” in cheese.

Johnny’s Pizzeria was also the only Westchester, New York pizzeria recognized in an exhibit titled, “A Slice of of History: Pizza in America” at the Ellis Island National Museum of Immigration, according to lohud.com.

Joseph Jr.’s mother, Maria Piscopo, who previously co-owned the restaurant with her husband, died in a car accident in 2018, while his father died in 2016. Joseph Jr. inherited his love of the Yankees, the New York Giants and golf from his dad.