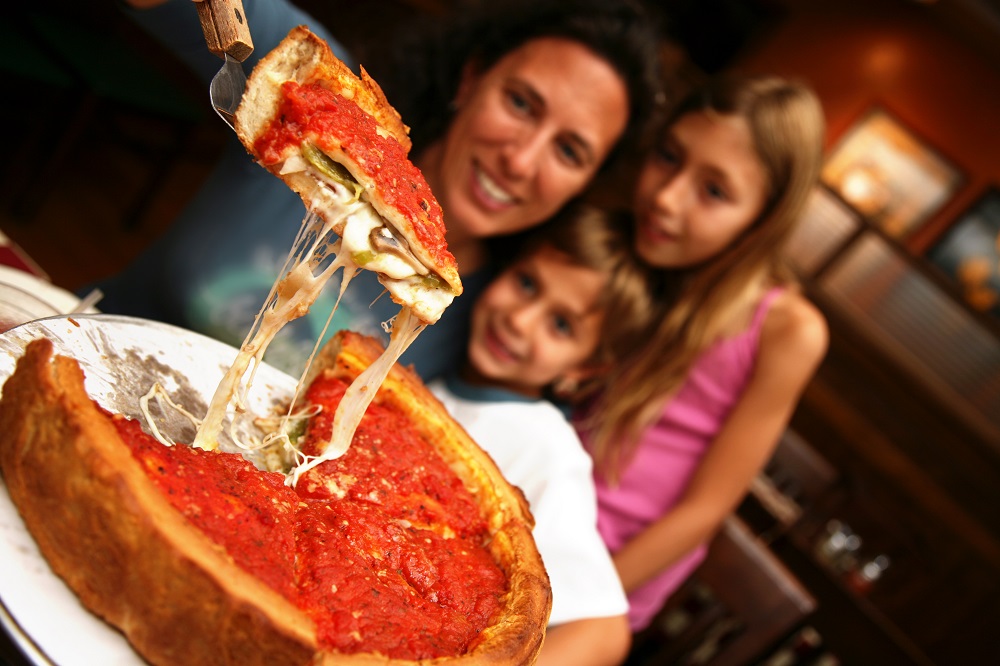 Editor’s note: Chicago-style pizza is probably not what you think it is. Confusion over the exact definition of this pizza style has been rampant for years. Back in 2012, we asked Jon Porter, founder of Chicago Pizza Tours, to share his thoughts on the style as a true expert. Here’s what he told us:

I meet thousands of people in my line of work every year. By taking those people on bus tours of culturally significant pizzerias in Chicago, I tend to run into some interesting questions, the most common of which is, “What’s your favorite pizza?”

I’m not even going to go there. My standard reply is always: “Depends on what I’m in the mood for.” The question I’d rather get is, “Why do you love Chicago pizza so much?” It seems like an obvious question, but it’s one I rarely, if ever, come across.

Related: Deep-dish pizza meets Yorkshire pudding: What manner of Frankenstein monster is this?

To answer that question, you must first understand what qualifies as real Chicago pizza—and that isn’t easily explained. But I’ll try to sum up what I’ve learned over the past 34 years. The media typically presents Chicago as a deep-dish city, and, while we certainly boast that we are the originators and the U.S. capital of the deep-dish pizza, the locals, for the most part, only eat deep-dish when friends or relatives visit from out of town.

What the majority of us grew up on is tavern-style pizza, a thin-crust, circular pizza cut into squares. In a city with thousands of pizzerias, most serve the tavern-style, but something has happened in recent years: More and more styles are being done extremely well here, and not just in the downtown area. I’m talking about pizzas out in the neighborhoods, away from the office buildings and hotels, in areas of Chicago that the locals call home.

Over the past decade, pizzerias of varying styles have opened around the classic deep-dish joints, and the best part is that these new styles don’t take away from the classics—they complement them. What do I mean by different styles? Just about any style you can think of: true Neapolitan, Coal Oven, New Haven, New York Street Slice, even a Quad Cities-style pizzeria that recently opened. Did anyone know that the Quad Cities had their own style of pizza? Can you even name the Quad Cities?

Related: What is a Quad Cities-style pizza?

I may be wrong, but I believe no other city in the U.S. displays so much loyalty to its classics while simultaneously embracing change. I’ll never take it for granted that I can go out for lunch with friends at a deep-dish joint—I’m talking about those pizzerias with the amazing caramelized crusts due to the overlapping of the cheese—and then take my wife and son out for dinner at a wine bar featuring grilled artisan pies.

In fact, that brings me to another question I hear too often: “Do you ever get sick of pizza?” Short answer: “No!” If I ate the same pizza every day, of course I would get sick of it. But, thanks to living in a city like Chicago, I can switch it up so often that it can feel like a completely different meal from restaurant to restaurant and still be labeled on the menu as pizza.

For this very reason, I convinced my wife that I should:

A. Quit my job

D. Take strangers out for pizza as a career

She thought I was crazy, but in a good way. Once the nitty-gritty paperwork was finished, the response to Chicago Pizza Tours was something I was unprepared for. People were actually Googling “Chicago pizza tour” as if they assumed some corporation had developed this concept decades ago. It was pleasant to discover that a pizzeria tour was something people were actively searching for, a service they assumed had always been available.

My guests’ first surprise is that we are still a relatively young company [founded in 2009]. Their second surprise is to learn that we don’t just visit deep-dish restaurants on our tours. I worried about this at first. But when I explain to our guests what Chicago pizza really is, a light bulb switches on. They understand that they aren’t just eating like a tourist who asks the hotel concierge where to find the best (usually the closest) deep-dish place. They eat like true Chicagoans.

My worries have faded as I’ve led more tours. My guests aren’t just enjoying a variety of pizza styles in different neighborhoods; they’re getting a crash course in what it’s like to live and eat in a city that constantly reinvents its culinary scene. Chicago Pizza Tours guests learn the history of the restaurants, the types of ingredients (including how they were sourced) and the physics of how the pies cook in an oven. I try to help make them educated diners, not mentally checked-out tourists. Patrons take their dining experience to the next level when they understand what goes in to each slice that they consume.

For me, it makes the Second City’s pizza second to none.

Jonathan Porter is the founder of Chicago Pizza Tours.