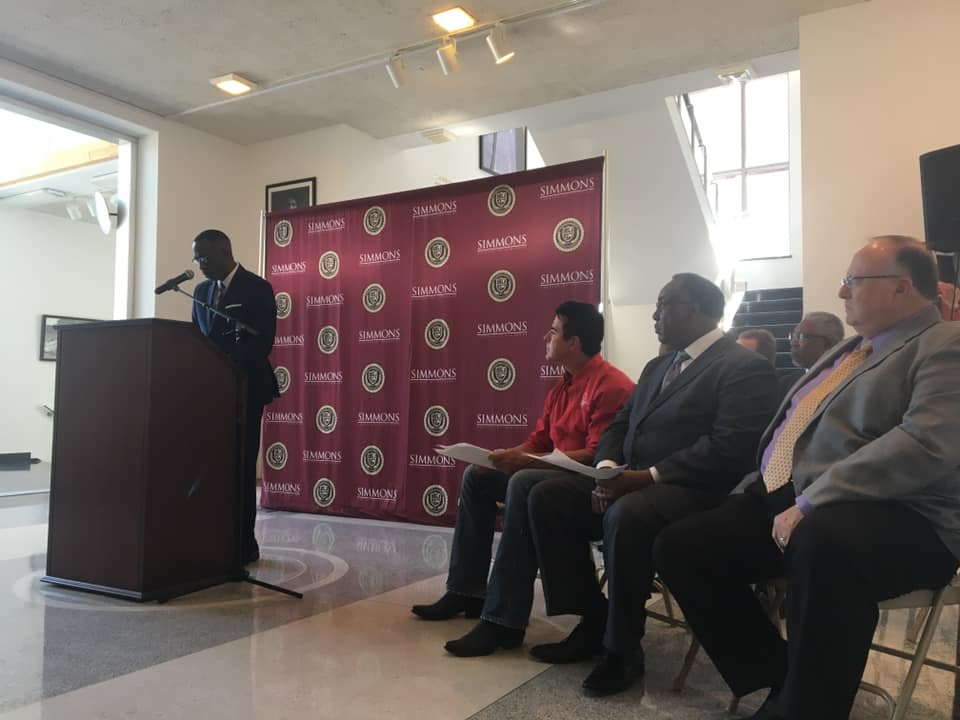 A year after a fall from grace when he uttered a racist expletive during a conference call, Papa John’s founder announced a $1 million gift to Simmons College, a historically black college in Kentucky.

John Schnatter said the gift is “a better investment to build a better community.” In a video conference, Schnatter mentions the establishment is located just two miles from where he founded Papa John’s.

“John is making and will continue to make an important difference,” he said. “His support will have a profound impact on Simmons’ capacity to serve our city, state and nation.”

The donation also met with criticism. Reverend Gerome Sutton, a Simmons College alum and former member of its board of trustees, told The Courier Journal that Schnatter “is trying to pay off the black community with 30 pieces of silver.”

Schnatter is not alone in making amends through donations to historically black colleges and universities. In January, Papa John’s donated $500,000 to Bennett College, a historically black women’s institution that lost accreditation due to financial instability.

Please join us in sending a Thank you 🍕@PapaJohns 🍕CEO @stevemritchie for donating $500,000 to our college. We appreciate you and the company standing with us! #StandwithBennett this is a huge step towards our goal! 🙏🏿🙏🏾🙏🏽🙏🏼#PapaJohns #SteveRitchie pic.twitter.com/6F5NBzCwoy