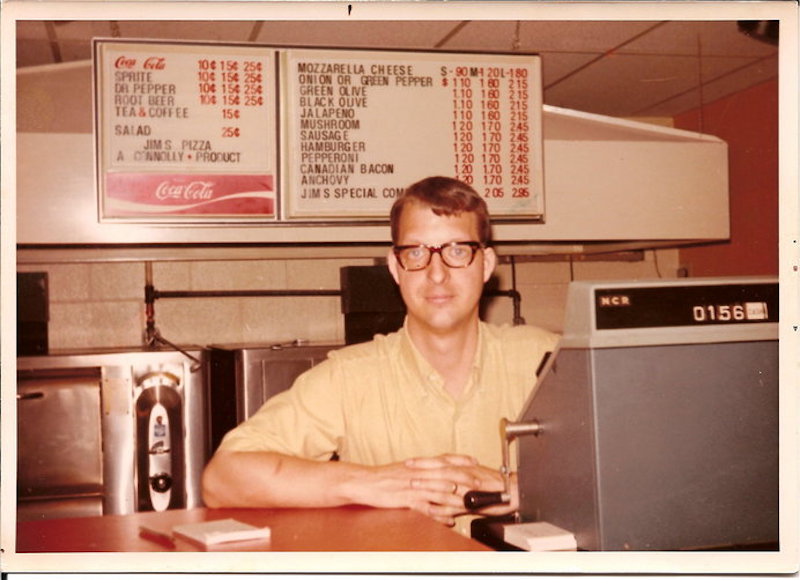 Jim Connolly, a Plano, Texas pizza legend with a pizzeria that bore his name, died from COVID-19 on December 5 at the age of 74.

Connolly and his wife, Tina, moved to Plano in 1968 and opened Jim’s Pizza in McKinney, Texas, in 1969. It became a local culinary landmark, with Connolly running the business for more than 50 years before handing over the reins to his son, Scott, in January 2020.

Related: Tom “The Dough Doctor” Lehmann passes away from COVID-19

The restaurant celebrated its 50th anniversary on September 30, 2019, offering a 50 percent discount on all orders except for delivery. The company also gave away a variety of T-shirts and hats marking the occasion.

According to the pizzeria’s website, Connolly managed a Pizza Inn location before opening Jim’s Pizza in an empty building on Tennessee Street at the age of 24. “Jim didn’t know what a business plan was, but [a local bank] gave him the capital to start the business,” the website explains. “The response to the restaurant was overwhelming from the first day … Large pizzas were selling for $2.50, and the all-you-can-eat buffet was a decade away.”

In 2006, Jim’s Pizza was named Best Pizza Restaurant in the McKinney Courier-Gazette’s Readers Choice Awards. Connolly was also presented with the Small Businessman of the Year Award in 2010.

According to local TV station 5NBCDFW, Connolly began showing COVID-19 symptoms at the end of October. He was hospitalized within a week and soon ended up in the ICU. In the last two weeks before his death, he was actually showing signs of improvement before taking a turn for the worse. “I thought he might be home by Christmas,” Scott Connolly told the TV station. “Boy, was I wrong.”

“My dad helped so many people and changed so many people’s lives that we didn’t even know,” his daughter, Sherry McPherson, said. “We’re sad. We’re very sad. We miss him. But there’s some comfort in that, knowing he lived his life well.”