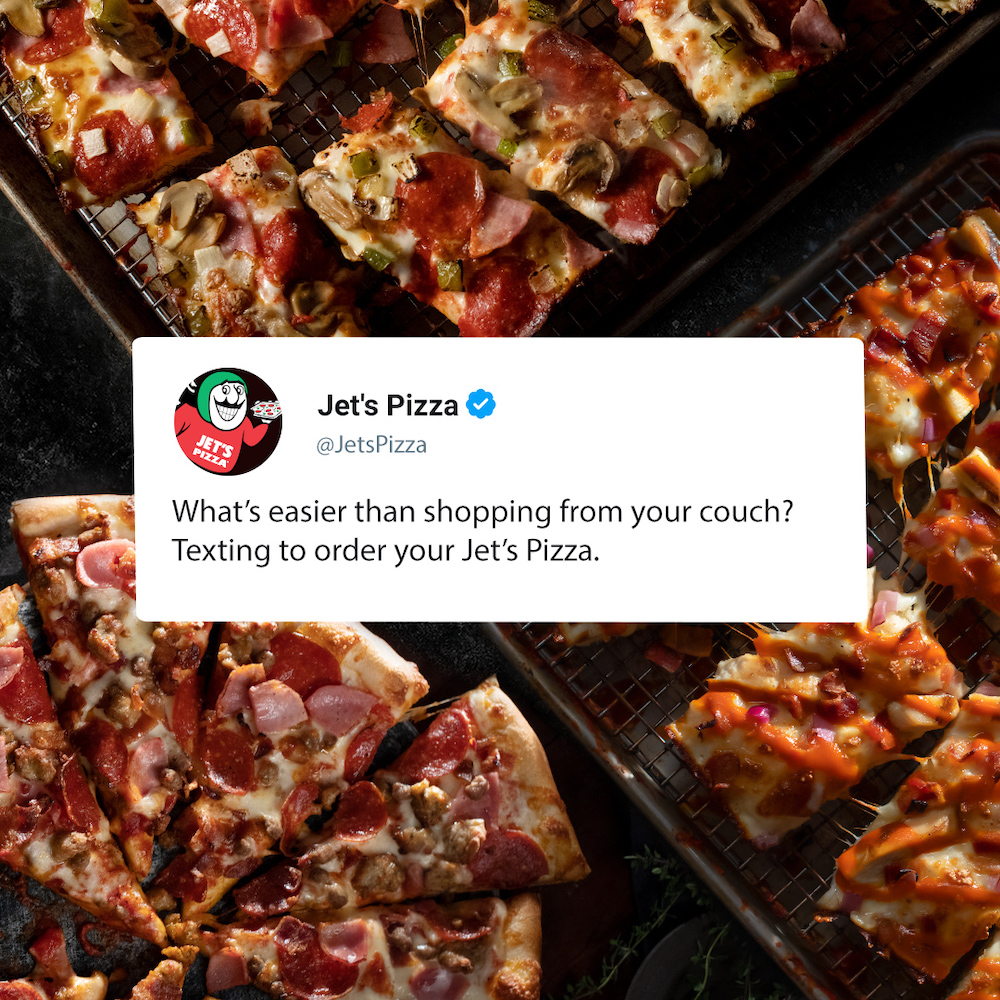 Related: How to create a streamlined online ordering system

Jet’s Pizza, headquartered in Sterling Heights, Michigan, says its text-to-order offering is a hit with customers, with more than 2 million orders placed by text so far.

Jet’s Pizza was the first pizza chain to let customers text in their orders through a specialized artificial intelligence (AI) platform. The company began testing the technology in Fall 2019 and officially launched it in 2020. The company presently has 400 stores operating in 19 states, and the technology is available at 275 locations.

In a press release, the company said those 2 million text orders have generated nearly $54 million in sales.

The technology makes it easy for customers to order, review and pay for their pizza via a text to their local Jet’s Pizza store. They can also text “Re-Pizza” if they would like to re-order their previous order.

“We pulled off a technological and marketing feat that brands 10 and 20 times our size have yet to accomplish, and we have a two-year head start,” said Aaron Nilsson, chief information officer for Jet’s America Inc. “Artificial intelligence is the forefront of combating labor shortages and rising prices.” 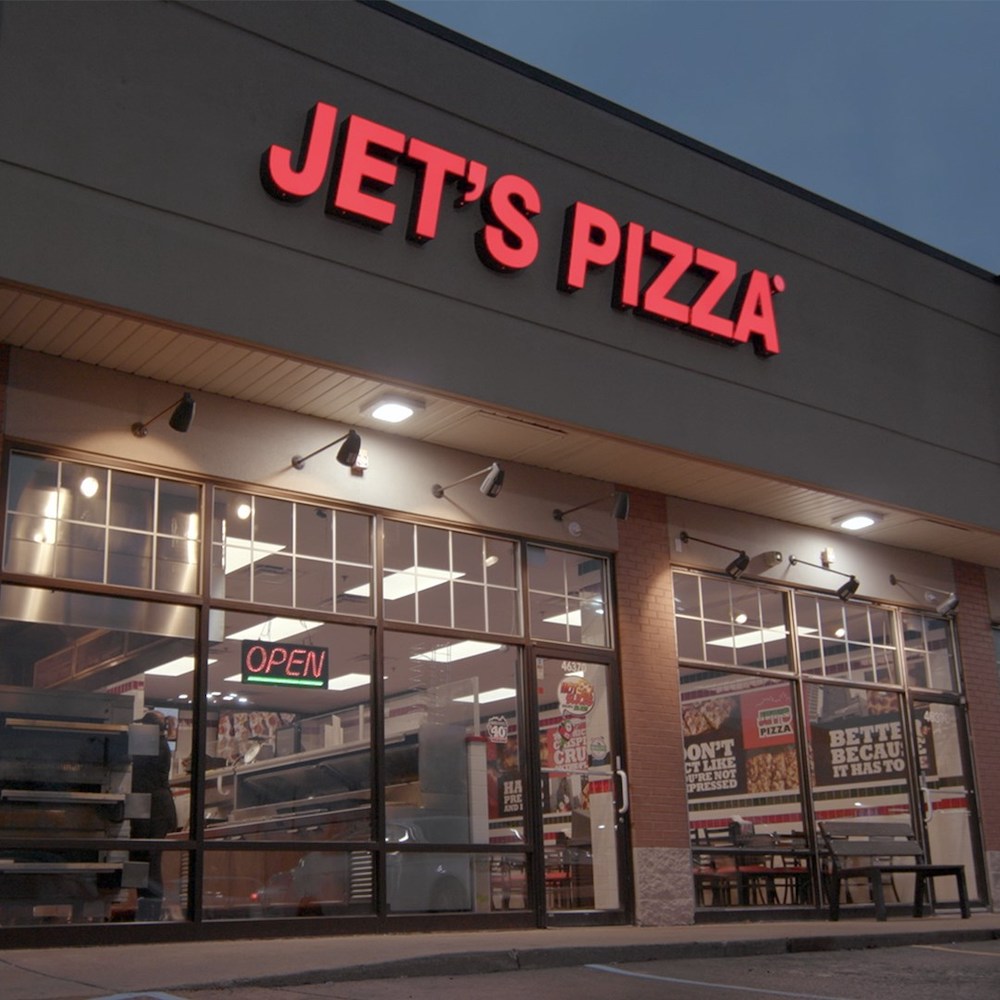 Jet’s Pizza is continuing to find ways to use technology to combat the labor crisis and create a better customer experience. The company has been testing a phone bot system utilizing the same AI technology and hopes to launch it this year.

Founded in 1978 and known for its Detroit-style pizzas, the company partnered with OrdrAi to develop the AI-driven text-to-order technology. It allows customers to text a Jet’s store using the same local phone number they would use to call in an order. They can text their entire order in one message, including indicating pickup or the delivery address. The system facilitates payment, processes the order, sends the order information on to the store, and responds with confirmation and order timing.

Customers can also save their credit card information and set a pin to reuse that same card for future orders.

“We teamed up, we hustled, we innovated, and we made something great,” John Jetts, president of Jet’s Pizza, said when the technology was launched last March. “I am sure others will copy us in the future. But we’re from Detroit—we’re used to that.”