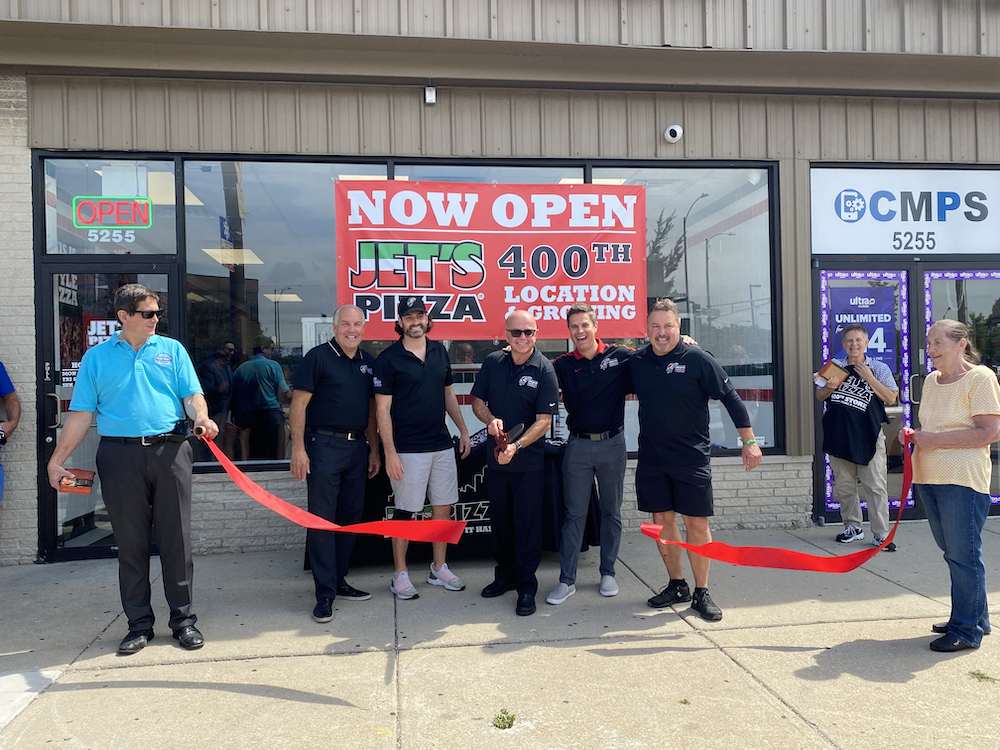 Jet’s Pizza, headquartered in Sterling Heights, Michigan, is flying high after recently opening its 400th location, this one in the neighborhood of Jefferson Park in Chicago. The location is owned by Bryan Gilbert and Dan O’Donohue.

On Wednesday, July 27, John Jetts, the president and CEO of Jet’s America, traveled to Chicago to celebrate the occasion with his business partners and cousins, Jeff Galloway, VP of store operations, and Jim Galloway, VP of franchise sales.

Alongside the corporate owners, Gilbert and O’Donohue gave out free slices, and customers had a chance to spin a prize wheel to win some Jet’s Pizza merch.

As announced earlier this year, Jet’s Pizza continues to grow, with plans to open 30 new locations in 2022. The chain, known best for its Detroit-style pizza, will be introducing itself in Utah, Kansas, Washington and Nevada. 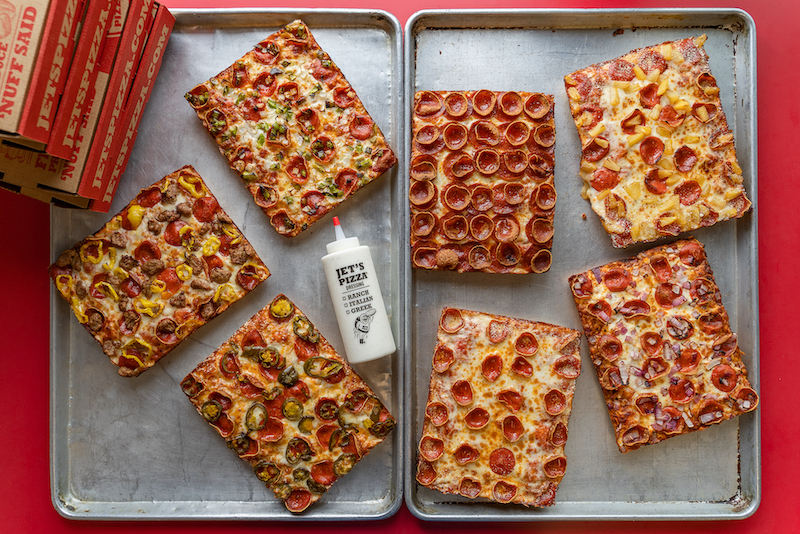 “It’s incredible to think we just opened our 400th location when it feels like just yesterday I was sitting on milk crates with my brother, Eugene, outside our first location, dreaming of this,” Jetts said. “We’re so proud of the product we put out there and the family of franchisees we’ve formed, who have all made this dream possible.”

To celebrate its 400th store, spread out over 19 states, Jet’s Pizza is touting 400 different pizza combinations, all of which include their bold pepperoni. Possible combos include pepperoni, red onion and feta on a Cajun crust; pepperoni, bacon and black olives on a butter crust; pepperoni, mild peppers, pineapple, tomatoes, cheddar and feta; and pepperoni, hamburger, pineapple, jalapenos and cheddar, among hundreds of others.