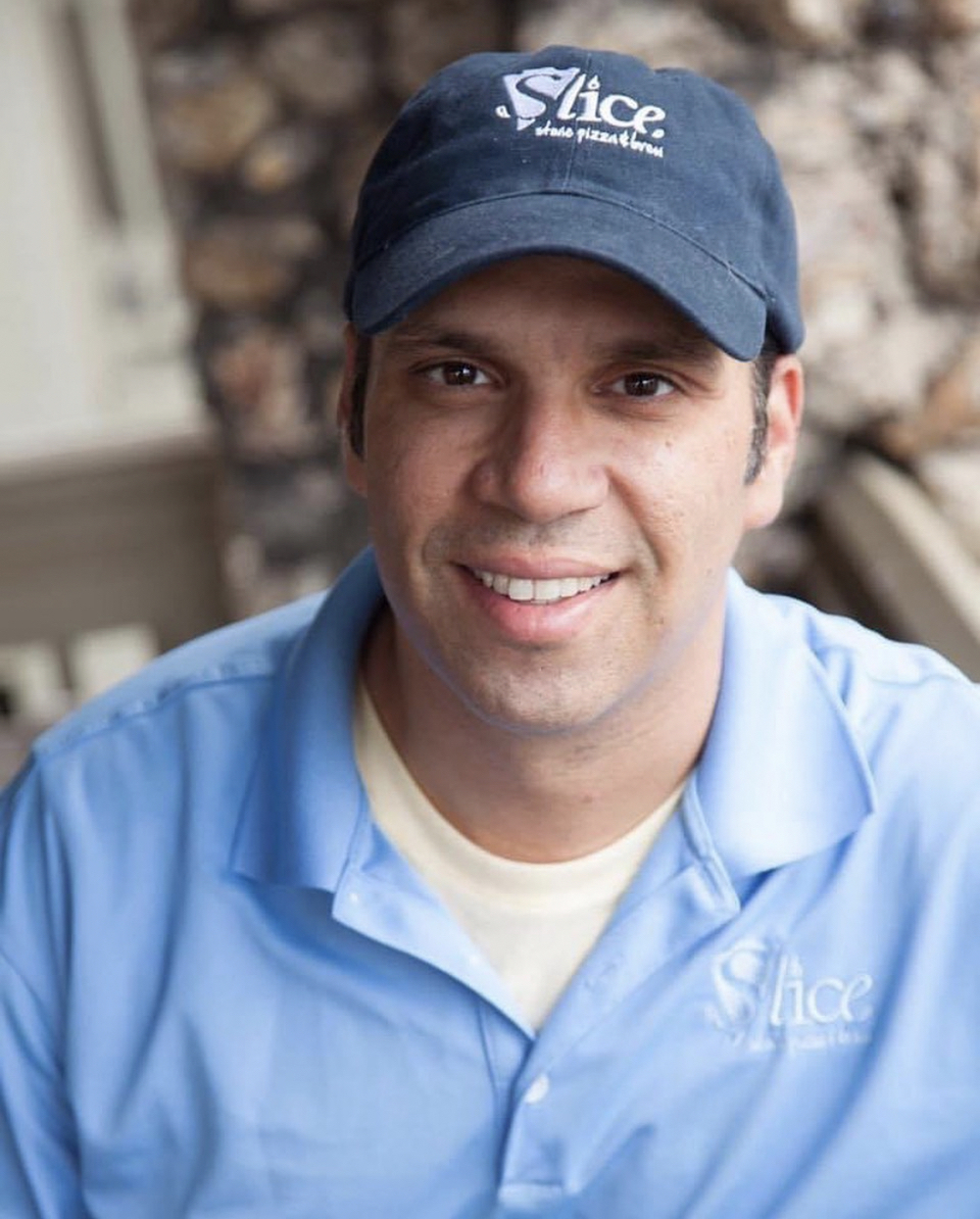 Jeffrey Bajalieh, co-owner of Slice Pizza & Brew in Birmingham, Alabama, passed away peacefully on December 18 at the age of 47. Jeff and his two brothers and business partners, Chris and Jason, were profiled in the cover story of PMQ Pizza Magazine’s January-February issue in 2014.

Jeff was a lifelong resident of Birmingham. He was a natural entrepreneur who, at the age of 22, became one of the youngest franchisees of Domino’s pizza locations. There, he learned the ins and outs of the restaurant business.

But he learned a lot from his father, Sol, too. As kids, Jeff and his brothers watched their dad slice cold cuts and bake bread in their family’s sandwich shop. The Bajalieh boys worked in the shop after school, washing dishes, mopping floors and running the cash register. After their dad’s death, Jeff and his brothers opened their own sandwich shop, named for Sol, across the street from the location of Sol’s original business.

The brothers went on to open Slice Pizza and Brew’s first location in 2010 in Birmingham’s Lakeview district, later followed by Sky Castle Gastropub in 2014 and, most recently, their second location of Slice in 2018. Slice Pizza & Brew became known for its unique Soul Pie, a southern-gourmet pizza topped with black-eyed peas and turnip greens, along with smoked sausage, bacon, grilled red onions and pepper jack and cheddar cheeses.

According to the family, Jeff’s leadership and visionary mindset will continue to guide his brothers in growing their restaurant business. “You have to be a lifer,” Jeff told PMQ in 2014. “When you open a restaurant, you’re married to it. It’s yours, and you take it with you wherever you go.”

Jeff did eventually marry the love of his life, Sally, in April 2020, cherishing the time they spent together with their three dogs and traveling the country.

“Jeff will always be remembered as an instant friend to everyone he met with a contagious laugh that could fill a room,” his family wrote in Jeff’s obituary. “He was never slow to help a friend in need, provide a word of encouragement, or lend an ear to someone who needed to be heard. He has left a great void in the lives of all who knew and loved him.”