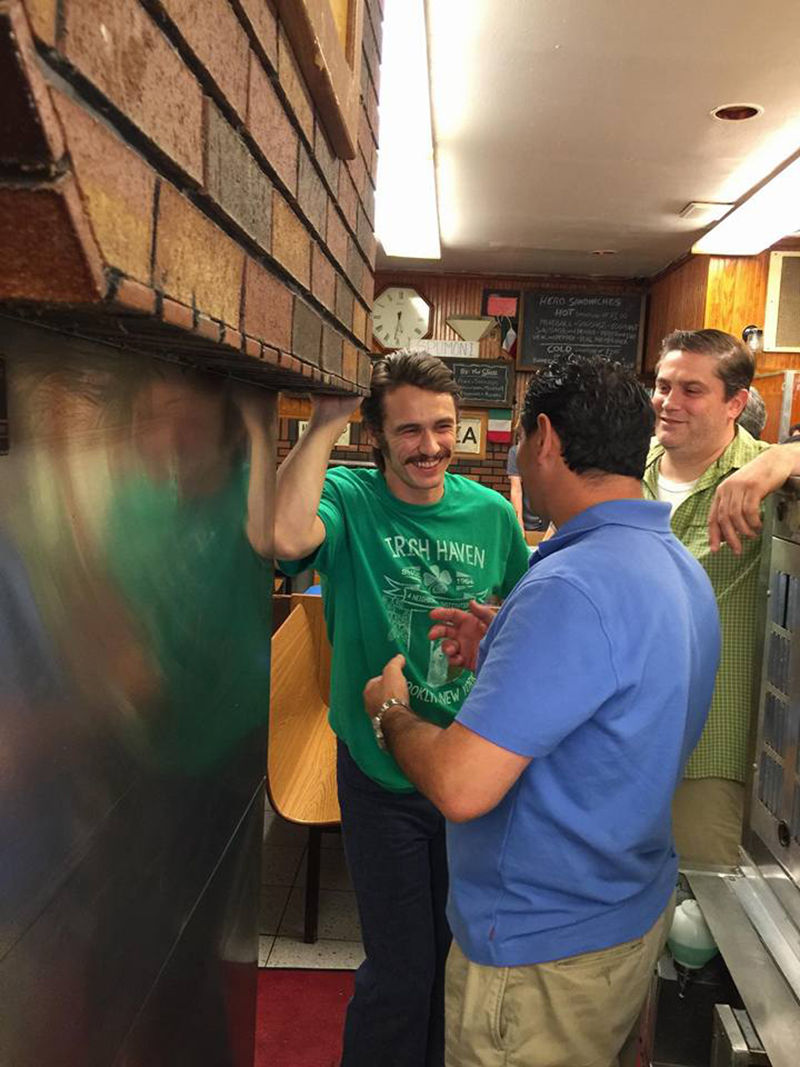 James Franco isn’t the first celebrity to drop in at Johnny’s Pizzeria in Brooklyn, New York, but he still created some great memories for the owner and customers alike during a recent visit.

Franco, who starred in TV’s Freaks and Geeks and in films like Spider-Man, Pineapple Express and Rise of the Planet of the Apes, has also directed a number of feature films, including a cinematic version of William Faulkner’s As I Lay Dying and Cormac McCarthy’s Child of God. He hit up Sunset Park recently to shoot scenes for his new HBO show, The Deuce.

Franco set up his cameras in Johnny’s for a lengthy shoot and visited with owner John Miniaci and his customers in between takes. “The filming was an incredible experience,” Miniaci told the Brooklyn Reporter. “Franco was a great, down-to-earth guy. He’s strictly business when he puts his headphones on and is completely focused.”

Franco shot two interior scenes and one outside scene at Johnny’s. Miniaci himself appeared in one of the scenes, he told the Brooklyn Reporter. “I am serving pizzas for the characters,” he said. “It’s something I do every day, so it’s pretty incredible when you’re acting like yourself.”

Miniaci said he and his customers had a blast with Franco. “He was great. Even at the end of the shoot, he was sitting down being a regular person,” he told the Brooklyn Reporter. “I asked him if he could wish my wife a happy 40th birthday and he filmed a video for her. It was a super experience.”