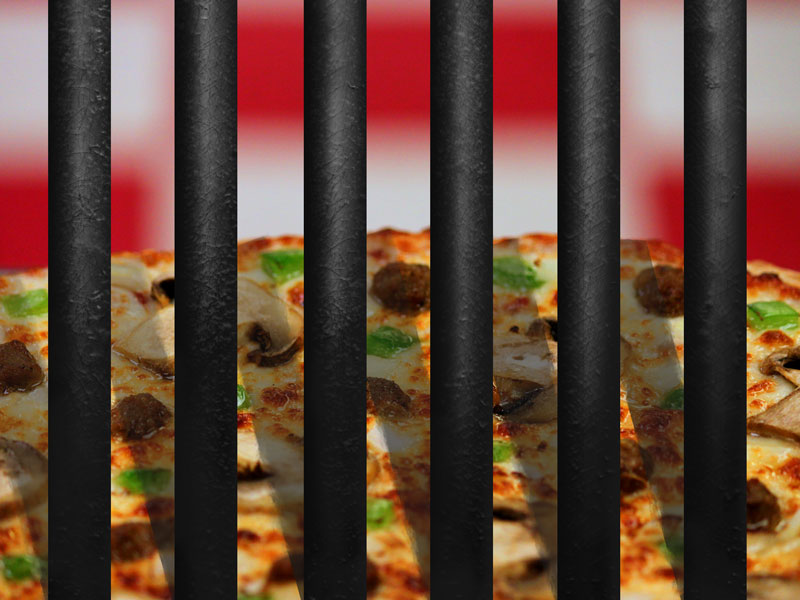 Prisoners at the Franklin County House of Correction in Greenfield, Massachusetts, are paying their debt to society through pizza. According to the Daily Hampshire Gazette, some convicts will have acquired a valuable new skill when they’re released—making and marketing pizza.

Sheriff Christopher Donelan approved the vocational program to help inmates get a new lease on life once they get out from behind bars. It all started when members of the prison’s kitchen staff got hold of some pizza stones and baked a few pies. Soon kitchen director Rob Hicks began bringing in prisoners to learn the techniques of take-and-bake pizza making. Inmates typically prepare up to 12 pizzas per week, and members of the prison staff buy them and take them home to their families.

Sheriff Donelan said the program has been a big hit among both staff and inmates. He buys a pizza himself nearly every weekend. “The people carrying pizzas out of here on Friday are smiling from ear to ear because dinner is taken care of,” Donelan told the Gazette. “A lot of positive reviews. They’re very good pizzas.”

Read the full story about these pizza-making prisoners.