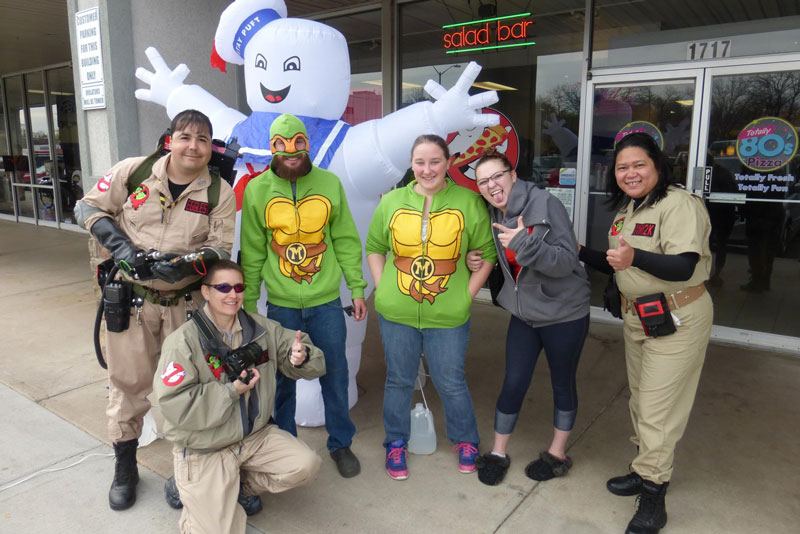 I’m what you’d call a nerdling. Not a fully credentialed nerd, more a half-nerd who never earned his glasses. As a child, I got off to a good start—I read comics religiously, starting with kid-friendly DC and moving onto the edgier Marvel fare, wherein I witnessed the shocking death of Spiderman’s girlfriend (I didn’t really believe it until the next issue came out, and OH, MY GOD, GWEN’S REALLY DEAD!) and saw Captain Marvel tripping on acid while fighting the Watcher (hey, it wasn’t Mar-Vell’s idea—blame it on his hipster sidekick, Rick Jones, but, um…it’s a long, nerdy story, never mind).

By my teen years, my interests shifted to girls, cigarettes and the bourbon hidden in my dad’s closet. Some part of me still loved comics, but that part could get me killed in dodgeball games, so I buried it along with my fondness for “Billy, Don’t Be a Hero.” Forty years later, I have rediscovered my inner nerd, not because it’s now ironically cool to be nerdy, but because I’m middle-aged and don’t care what people think anymore. I’ve revisited all of my favorite comics through trade paperbacks and found new ones that I love. Marvel action figures peer down at me from a bookshelf in my living room, and poster-sized covers of Silver Age comics adorn my walls.

Rediscovering your inner nerd isn’t a bad idea for pizzeria operators. Some of the most engaging themes and marketing strategies I’ve seen come from unapologetic nerds at places like Totally 80s Pizza in Fort Collins, Colorado (see Moneymakers, page 22), Galactic Pizza in Minneapolis (where every delivery driver is a caped crusader) and Smoking Monkey Pizza in Renton, Washington (see Stuff We Love, page 14). Most of us, deep down inside, are nerds anyway, even if we still try to act cool (with varying degrees of success).

When developing your next promotion or launching a new concept, think about what you truly love (besides pizza), what makes you happy and engages your attention, even if it’s a guilty pleasure like ABBA tunes or reality TV. Chances are, many customers share those interests. Indulge your inner nerd, and see where your imagination takes you. It’s good for the soul, and it could be good for business, too.