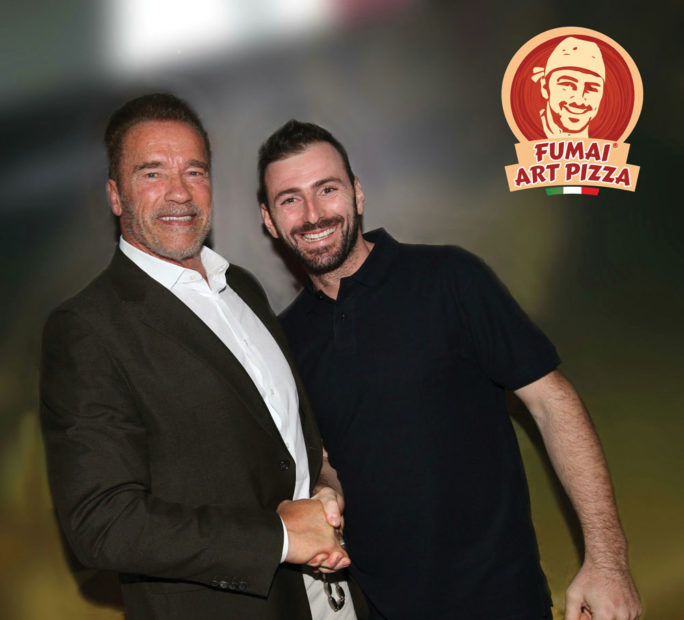 The Father of Pizza Art Meets the Governor 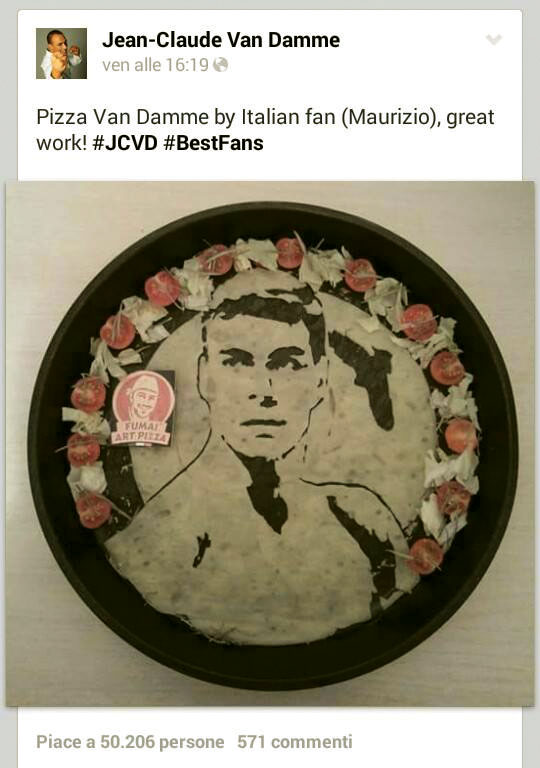 Known as “the father of pizza art in Italy,” pizzaiolo Marco Fumai leveraged his skills to fulfill his dream of meeting his childhood idol, Arnold Schwarzenegger, in November. “Along with all my creations of pizza art honoring the biggest Italian celebrities, I could not miss out on dedicating one to him,” he says. “Thanks to the help of my brother, Maurizio, we were able to get in touch with Schwarzenegger, who enjoyed the photos of my pizza art so much that he promised a meeting with me and my brother on his next visit to Italy. After months passed, we received an email with an invitation to meet him in Venice, where I had the chance to show him my pizza art in real life. He also told me that his son, Patrick, also owns a chain of pizza stores.”

Fumai currently works in Giotto di Bar and continues to produce celebrity-inspired pies, including one of Jean Claude Van Damme, which the movie star shared on Instagram, receiving more than 50,000 likes. 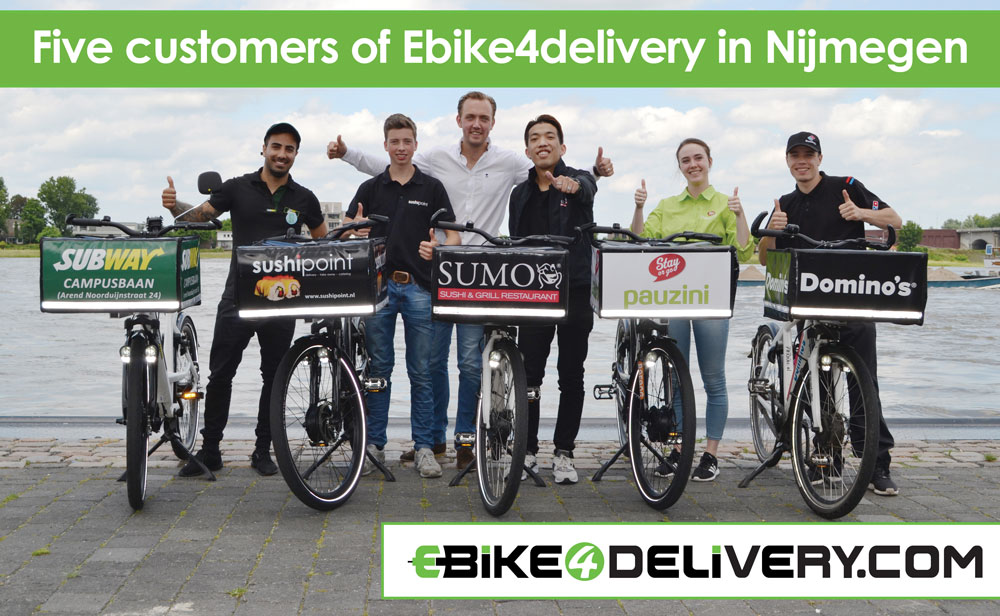 Are Electric Bikes the Future of Pizza Delivery?

In the Netherlands, a country that reportedly has more bicycles than people, electric bikes, or e-bikes, are taking delivery to the next level. The growing popularity of delivery services like Foodora and Deliveroo, which employ cyclists to transport food, has increased pressure on restaurants to adopt this environmentally friendly method of transportation.

Until just a few years ago, the delivery business was dominated by scooters or “brom” bikes (as they’re called in Dutch, because of the sound they make). Scooters are faster than traditional bikes, but they’re considered noise nuisances and bike-lane hogs—and it doesn’t help that they emit greenhouse gases. For food delivery, e-bikes may strike the perfect balance between speed and sustainability, generating goodwill with both customers and fellow cyclists on bike lanes.

A Dutch company called Ebikes4all has been making e-bikes for over 16 years and recently spun off a new company, Ebike4delivery, that offers models designed for commercial delivery. After just two years on the market, these e-bikes have been adopted in 14 different countries and by some of the biggest names in the restaurant industry, including Domino’s, Subway, Burger King and Papa John’s. Ad Dalhuisen, owner of Ebike4Delivery, says the company is still looking for distributors in America. 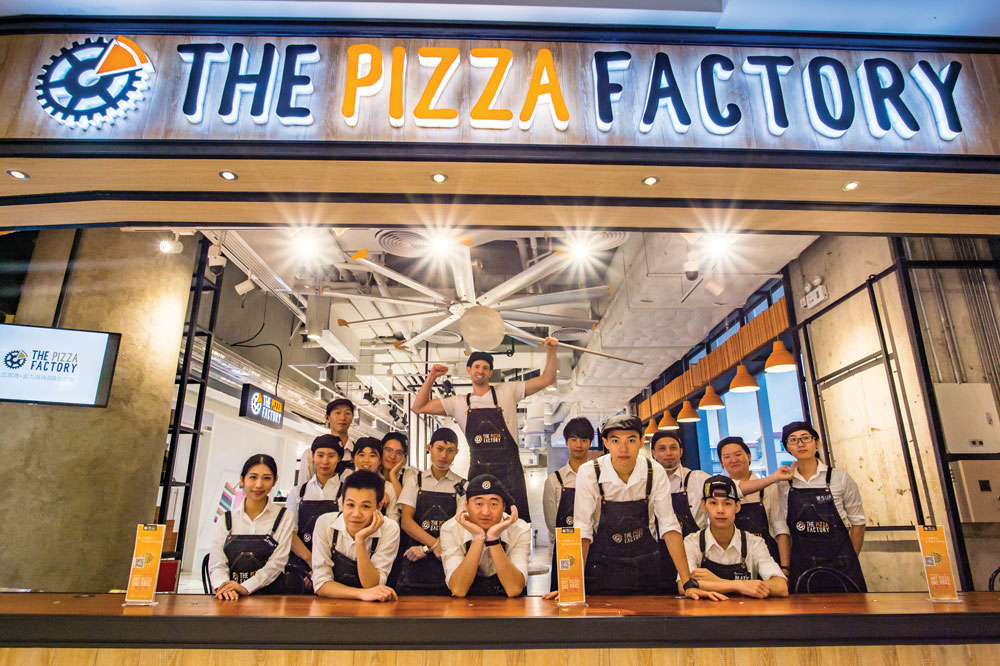 Matt Slack, owner of Pizza Factory in Guangzhou, felt certain the fast-casual model would work well in China, and he was right. After just two months in business, his store ranked No. 1 on Dianping, the Chinese version of Yelp. “Every expat complains how bad the pizza is in China, because most shops use domestic ingredients,” Slack says. “We import Italian Caputo flour and cheese from Wisconsin, so we are able to get the same taste that I grew up with in New Jersey.”

As with any foreign market, Slack had to learn a few cultural norms. For starters, fast-casual can’t be too fast in China because customers are in no hurry to leave. “The average table time is about one hour,” he says. “Also, Chinese customers are very value-conscious, which works well with our model. We allow unlimited toppings for no extra charge and, although we recommend no more than four toppings, 90% of pizzas ordered average 10 toppings.” However, American-style customer service makes a big impression on Chinese consumers. “Checking on every table to ensure they enjoy their food is not a common practice in China, but we’re doing it within two minutes of food being served. It’s so simple, but no one does it here.”

In fact, Forbes recently credited the Pizza Factory’s No. 1 status on Dianping to outstanding customer service. Slack says he believes in the rule of reciprocity, where customers will gladly leave a good review if they have had a great experience. “We’re constantly looking for ways to exceed expectations, like giving out free cookies or other small freebies. At the end of the meal, if we felt they enjoyed themselves, we just ask for a small favor in return: ‘If you had a good time tonight, please leave some positive comments on Dianping.’They’re usually happy to do so, and that has been the secret to Pizza Factory beating out more than 4,000 other restaurants, including industry titans like Pizza Hut, in less than two months after opening,” Slack notes.