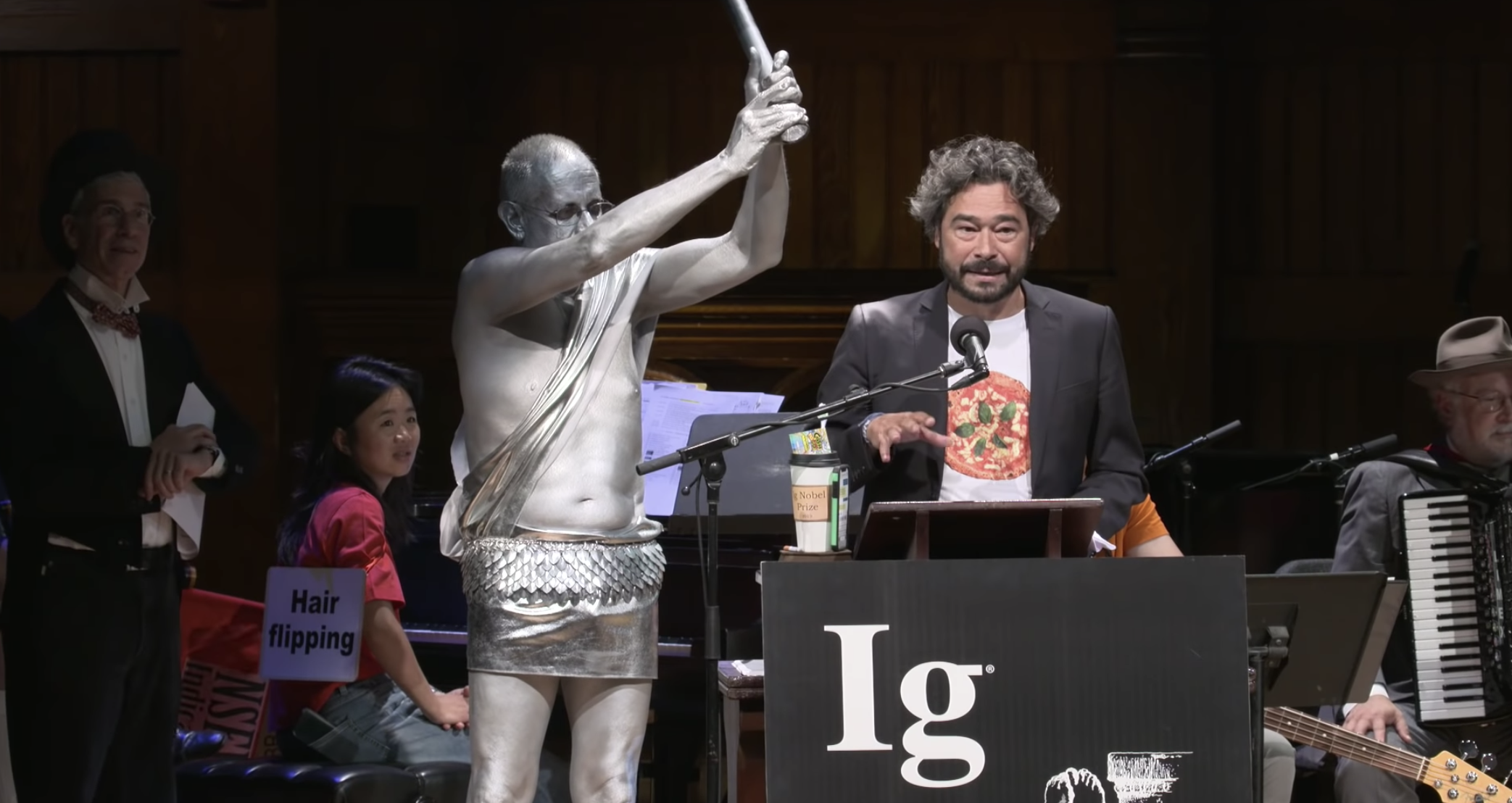 Numerous scientists worldwide were recognized at a reception bearing a prestigious name: “Nobel.” Ig Nobel, to be exact. Bemused Nobel Laureates awarded prizes — a Starbucks cup bearing a toothbrush, chewed gum, a cigarette butt, a cellphone, and a printed certificate — to scientists after they complete the “24/7 lecture” where they described their research in 24 seconds then summed it up with seven words. (If they went overtime, a little girl shamed them.)

The first awarded was Silvano Gallus of Italy and the Netherlands. Gallus found in 2003 that eating traditional Italian pizza had major health benefits, primarily because of cooked tomatoes within the sauce. He warned against pepperoni and “pineapples too as a matter of fact.”

Related: Nutritionist: Pizza for Breakfast Is Healthier Than You Think

Other scientists after Gallus were recognized for their work in the following: guiding surgeons with a dog-training clicker, discovery on the behavior of “dead magnetized cockroaches,” the amount of saliva produced by a five-year-old on daily basis, the invention of the diaper-changing machine, and a measurement on the pleasurability of scratching an itch.

Ig Nobel committee’s only criteria for recognition is that the research must make people “laugh and then think.”  In a statement, the committee argues the ceremony doesn’t ridicule science.