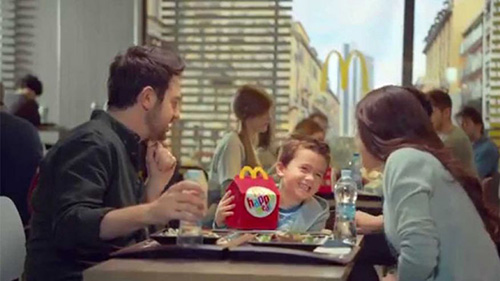 Foxnews.com reports McDonald's new 18-second ad, currently being run in Italy, shows a waiter in a pizza restaurant asking a small boy what pizza he would like, only to be told he'd rather have a happy meal.

Massimo Di Porzio, vice president of The True Neapolitan Pizza Association in Naples, said he's fed up with with fast food companies pushing unhealthy choices on kids. He said in a statement that they’re threatening to sue the fast food giant, claiming the advertisement is a "dishonorable attack against one of the symbols of the Mediterranean Diet."