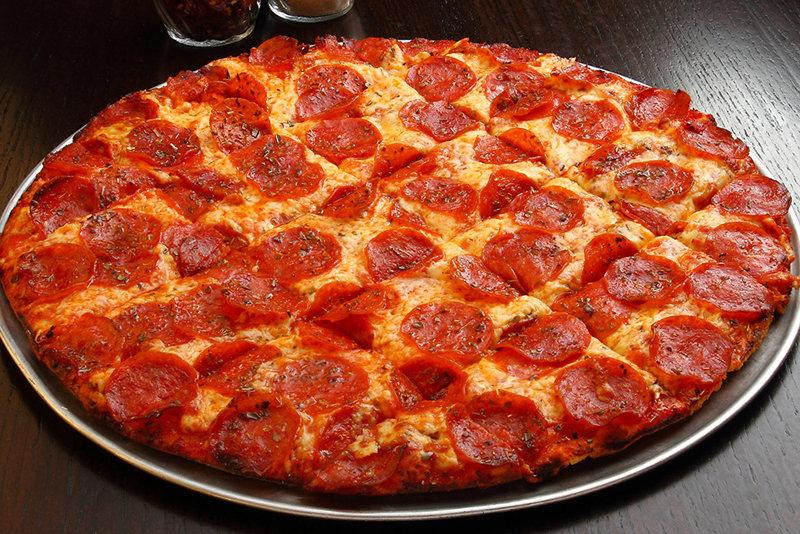 A divorced pizzaiolo going through hard times tried to pay child support in the form of pizza—and an Italian judge in Italy is OK with it, reports the UK’s Telegraph.

Nicola Toso, a pizza man from a small village outside Padua, was found not guilty on criminal charges of failing to pay child support to ex-wife Nicoletta Zuin. The couple had divorced in 2002 and, according to the Telegraph, Toso met his legal obligations for several years. But by the time Italy’s economy tanked in 2008, Toso had remarried and had three more children to care for. For the next two years, Toso offered to pay child support for his daughter in free food instead of the 400 euros required in the divorce agreement. But his ex was none too thrilled about the arrangement.

“In lieu of money, the defendant offered his ex-wife the same amount of compensation in the form of takeaway pizzas from his workplace, an offer promptly rejected as ‘beggar’s change,’’’ judge Chiara Bitozzi wrote in her ruling.

Toso’s attorney argued that her client really had fallen on hard times. He had to close shop in 2010 after being unable to pay his vendors and meet payroll, but he continued to uphold all of his other custody obligations with his daughter. Their relationship was so good, in fact, that the girl moved in with her father in 2011 and a civil court at that time ruled the ex-wife now owed child support to Toso.

With all that in mind, Judge Bitozzi concluded that Toso had committed no crime and that 400 euros in pizza and calzones was sufficient to hold up his end of the bargain.