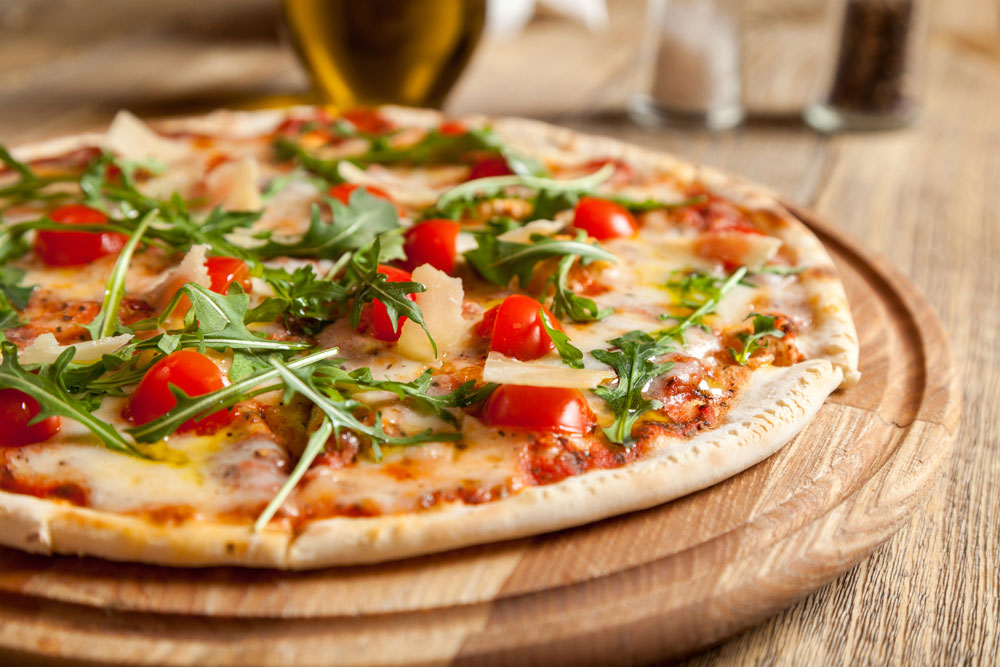 The hot topic at this year’s Pizza World Forum, held as part of the World Pizza Championship in Parma, was the “made in Italy” phenomenon. The forum, which was reserved for select members of the press, featured Michelin star chefs, pizza entrepreneurs and design experts holding forth on a current global industry trend: replicating Italian pizza everywhere else in the world.

While Italians have historically had a love affair with just about everything they eat, Italian food as a gourmet product has only recently gained a foothold. According to the Barilla Academy, it wasn’t until the early 20th century that Italian cuisine began to appear on the menus for monarchs and nobility, following a long process of geographic and cultural unification. Before that, French cuisine was seen as the true mark of royalty and sophistication.

Fast forward to 1992, when the European Union (EU) created laws to help guarantee the origin of agricultural products and their traditional methods of production. In 2012, the laws for PDO (Protected Designation of Origin), TSG (Traditional Specialty Guaranteed) and PGI (Protected Geographical Indication) expanded, and in 2014 the EU unveiled specific logos to help European producers prove their authenticity to the consumer.

In the United States, however, such authenticity and quality are much more difficult to establish. Although European regulations are stringent, they do not apply to products entering the States. According to the California Olive Oil Council, for example, there are no fixed regulations for labeling a product as “extra-virgin olive oil.” And while balsamic vinegar in Italy must be aged 12 years before it can be called aceto balsamico di Modena, that’s certainly not the case in the States, where young vinegars are often marketed as balsamic. And the San Marzano tomato is another frequently forged product.

True to Its Origins

According to prominent Italian food journalist Luigi Cremona, Italy leads the world in certified ingredients. And it’s not just the ingredients that get certified; Italy boasts a number of organizations, schools and initiatives that define specific types of pizza and how they must be made to be officially called “authentic.” As more pizza schools worldwide have begun certifying pizzaioli as trained craftsmen in Neapolitan, Roman and other styles of pizza, UNESCO is considering Italy’s request to recognize and protect the art of Neapolitan pizza making under its Intangible Cultural Heritage list. Italy’s concerted effort to define and preserve Neapolitan pizza is likely one of several factors behind the “made in Italy” trend that has taken off around the globe.

Unlike so many other food products that get adapted to the local tastes, Neapolitan pizza largely remains static and true to its origins, due to strict regulations. But, for some, it’s an acquired taste. At the Pizza World Forum, Johnny Di Francesco, owner of 400 Gradi in Australia, said many of his customers disliked Neapolitan pizza the first time they tried it. “It wasn’t what they were expecting,” he said. “They didn’t know the value of the products, so education was needed.” In response, Di Francesco challenged his customers to come back for free meals until they learned to appreciate a true pizza Napoletana.

The heightened prestige of Italian pizza makers and ingredients has boosted other products. One Italian craft beer, Birra Antoniana Marechiaro, is the only beer brand listed by the Associazone Verace Pizza Napoletana (AVPN) as an “approved supplier.” Baladin’s Birra Nazionale is another Italian brand that has benefited from the Neapolitan pizza boom, billing itself as “the only 100% Italian craft beer on the market” and “the beer of choice of the great Italian pizza makers, such as Gino Sorbillo.”

Even bricks and ceramics have benefited from the “made in Italy” trend. United States-based Marra Forni boasts that the bricks in its ovens come directly from the volcanic stones of Mount Vesuvius, whose porous attributes make it an ideal heat conductor for a pizza stone. And the Italian ceramics company Cersaie has based its entire marketing campaign, “Italians Make the Difference,” on national pride in quality. “Italy is one of the most affordable places in the world to make tiles,” says tile industry consultant Graziano Sezzi.“We have both the natural resources and all of the technology for it. Nevertheless, Italy charges more than any other country for their ceramics” due to high consumer confidence in Italian products, he notes.

From beer and pizza to balsamic vinegar and ceramics, Italy enjoys VIP status when it comes to homegrown products. But when it comes to buying these products in America, it’s buyer beware—so do your research, or, to be on the safe side, simply buy American. The California Olive Oil Council, for example, has made great strides to officially certify producers with its own stamp of approval, and California, with a climate that’s similar to the Mediterranean, grows high-quality tomatoes of its own.