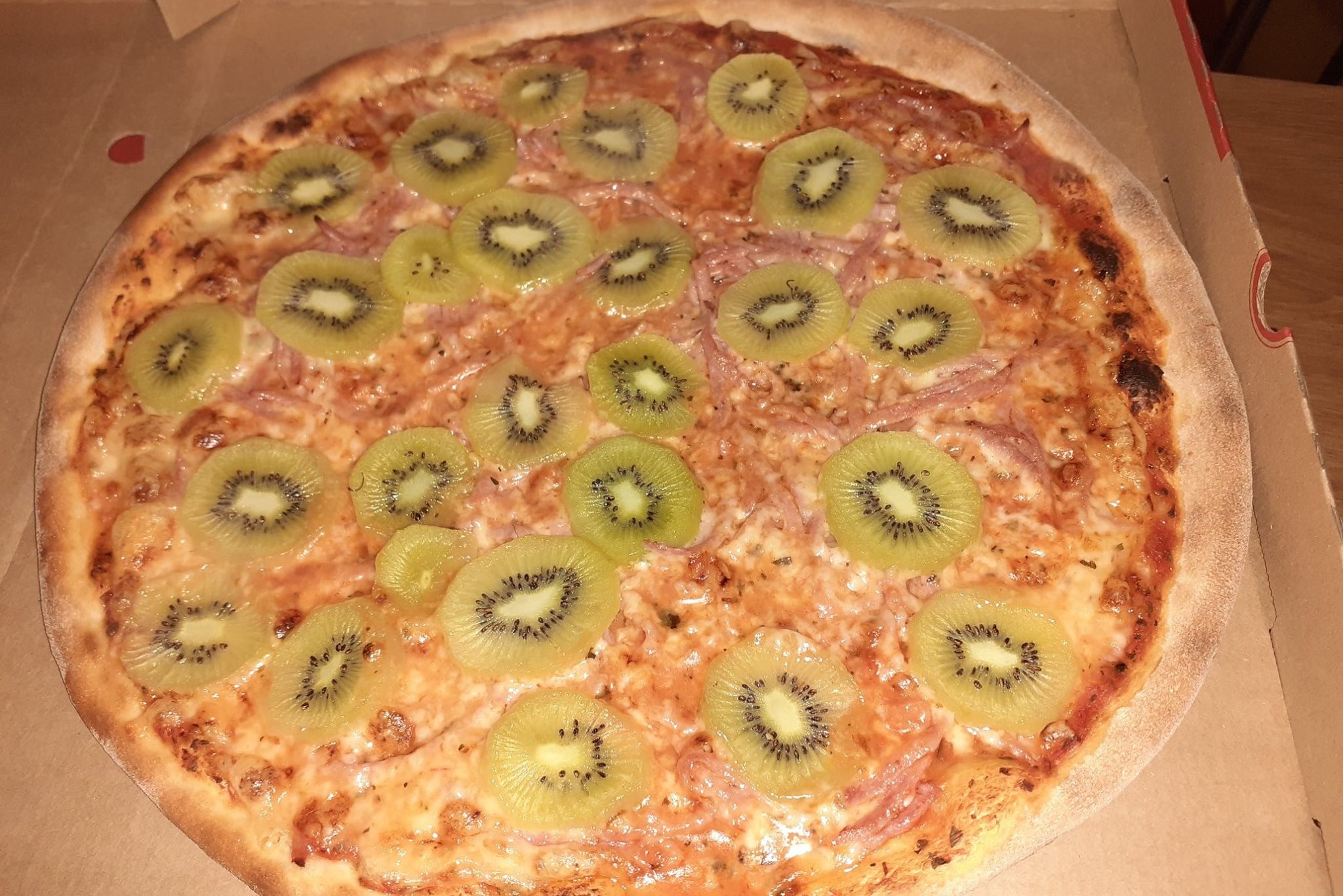 We’ve heard of fruity pizza toppings, from the hotly-debated pineapple to the delectable apple to questionable banana slices that only Swedes adore. However, a Swedish man has challenged the boundary between fruit and pizza by introducing kiwi pizza to the world.

Stellan Johansson brought a kiwi to Skottorps Pizzeria in southern Sweden and asked its Turkish owner to create a tasty pizza with sliced kiwis as a pepperoni-like topping. Amazingly, they made it without running him out of the establishment. Johansson later wrote on his Facebook that “the Pizza Baker was a little skeptical when I ordered a Hawaii and wanted the pineapple replaced [with] kiwi.”

He then posted pictures of the curious pie, named “Pizza New Zealand,” on Facebook, and the innocuous post grabbed the internet’s attention – and fury – even quicker than a casual debate on pineapple as a pizza topping.

The town after which the pizzeria is named is located near Denmark, which might explain why the other Scandinavian country was initially credited (or blamed) on Reddit for the kiwi pizza by anonymous user nre1313,who posted the “unholy abomination” from “a Danish pizzeria” to the social media site.

One user typed: “This is the slippery slope that permitting pineapple has resulted in.”

Another said: “Actually this is a fairly well made pizza. The cheese seal on the right is a little compromised as you can see the sauce present on the crust and the topping distribution is a little crowded, but generally the cheese distribution is good and (t)he edge lock on the crust is amazing (I could be wrong but it looks hand made from a dough ball for this order). All in all, you got a pretty decent base to see if kiwi was any good on a pizza.”

Twitter was more or less the same as users fluctuated between two reactions: “Kill it with fire!” and “I might try it.”

Kiwis on pizza? I thought we were leaving psychopathy in 2019 pic.twitter.com/x1zWlJw7t6

I just saw kiwi on pizza on my timeline and I kinda wanna try it now… pic.twitter.com/CRqj6OaRGo

Amid wildly speculative finger-pointing at cultures deemed responsible, from Denmark to the Middle East, Johansson jumped on Reddit to defend his custom pizza. He said it was good and that his children loved it. A quick look at his Facebook page reveals the method behind this madness: He just loves kiwis.


The kiwi pizza is an eye-opener, but given Sweden’s history with its beloved Banana Curry Pizza, maybe it’s not too far off the mark by Swedish standards.