Is Hillary Clinton the Pizza Queen of 2016? - PMQ Pizza Magazine 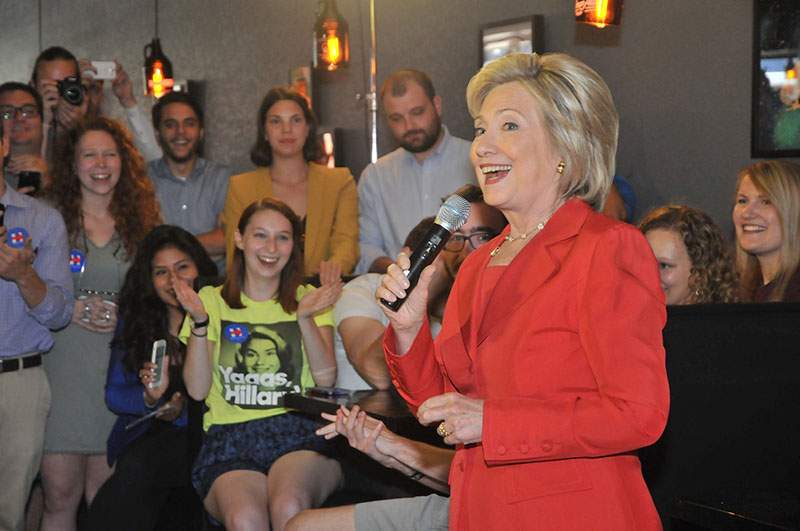 Whether Hillary Clinton will ever be president is still to be decided, but one thing’s for sure: She’s the pizza queen of the 2016 presidential campaign. According to a study by Gawker, the former First Lady and Secretary of State has far outspent other candidates, Democrats and Republicans alike, when it comes to ordering pizza. And she has spent most of that cash with smaller independents.

Gawker pored through every candidate’s campaign finance reports for the past nine months “to see how aligned they are with America’s pizza values.” Mrs. Clinton topped the list, shelling out $9,046.38 between July and December. A big chunk of that money—more than $2,770—went to Domino’s, with about $305 paid to Little Caesars and $272 to Pizza Hut (we’re rounding up to the nearest dollar).

But independents should take heart. Clinton has spread the vast majority of her money out among smaller operators. The single-unit shop Need Pizza, located in Cedar Rapids, Iowa, has raked in $2,054 from the Clinton campaign, while single-unit Alley Cat Pizzeria, in Manchester, New Hampshire, sold them about $875 worth of pizza. Gusto Pizza, with four shops in the Des Moines area, was another favorite at $1,119.

Republican candidate Ben Carson was the second biggest spender on pizza, but he came in a distant second—at $3,708—behind Clinton. Papa John’s reaped the biggest sales from Carson with $1,162, but small operators like Mountain Mike’s Pizza, Taste of New York, and Il Porto also filled Carson staffers’ bellies.

What about the two bad boys of this year’s campaign season, Donald Trump and Bernie Sanders? Although Sanders’ campaign only spent $3,355 (coming in fourth behind Clinton, Carson and Jeb Bush), he made sure that smaller operators felt the Bern. His staff apparently prefers Portland Pie Co., with eight shops in New Hampshire, along with operations like the three-store Leonardo’s Pizza in Vermont and the single-unit River Bend Pizza & Subs in Dover, New Hampshire.

The Donald is a different story altogether. His campaign has only spent a whopping $1,234 on pizza so far. Their top choice: the single-unit Vinny’s Italian Grill and Pizzeria in Stafford, Virginia.