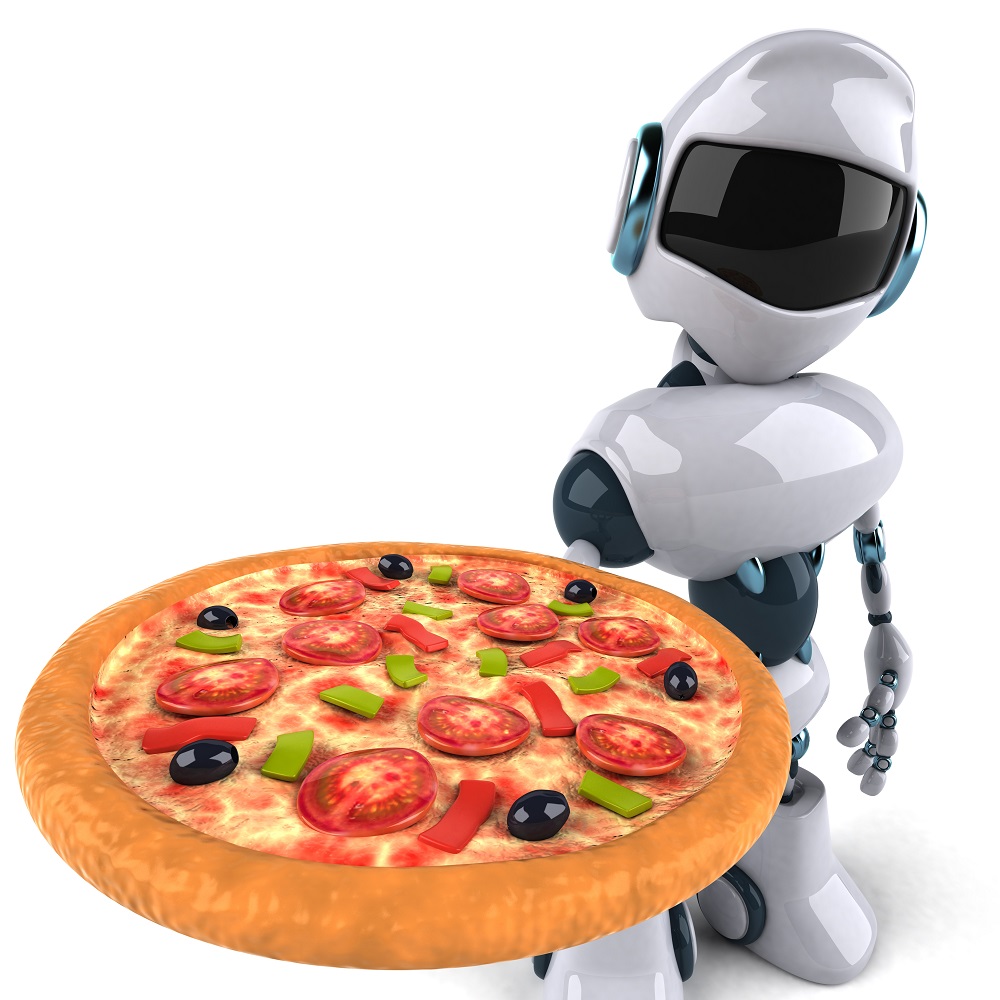 When I first started in the pizza business more than 30 years ago, we wrote down the orders that came into the restaurant. There were no computer systems to fall back on.

At that time, everything was made and mixed by hand and we were cooking pizzas on deck ovens.

I can still remember when we got our first conveyer ovens, and now they’ve become the industry standard. Recently, I was reminiscing with some pizza biz old timers who remembered when sliced pepperoni first became available.

We’ve come a long way from the days of slicing our own pepperoni.

Generation Z is going to remember the start of online ordering the same way I remember getting our first computers in the restaurant. My oldest child, who is 30 years old, remembers when you didn’t order food online. But my youngest child has never known a world in which you called in your pizza order.

Technology has been a huge reason for the tremendous growth of pizza chains versus independent pizzerias in the last couple of decades. But there are still ways that independent and smaller pizza restaurants can utilize technology to get their slice of the $40-billion pizza industry. You don’t need to have the technology that Domino’s or Pizza Hut has, but you do need to be in the game. You can decide not to fight the technology fight, but then you damn well better have the very best pizza so that customers will come to your restaurant, even if you don’t offer their preferred ordering method.

RELATED: This pizzeria uses a combination of robots and humans to make pizzas and investors love it!

The most important element to be relevant for today’s pizza consumer is to focus on having the least number of clicks in your online ordering process. It’s vitally important that you reduce the friction between a customer’s desire to order your pizza and that order being placed.

It’s a fair investment for a small business, however, there is such a high percentage of people who want to order on their computers or on their phones, that if you aren’t there, they will go to someone else.

I remember the first conversation we had with someone where we seriously considered investing in online ordering. We had a web presence, but at that point, nobody in restaurants was really selling online. That was back in 2005. It wasn’t that much later that it became a reality and has only grown from there. From the day we first started offering online ordering, we have been fully invested. All we had to do was look from one year to the next to realize, “This is real,” and know that we needed to get ahead of it rather than fall behind.

In 2010 I told our franchisees and operators that one day, 90 percent of our sales were going to come from online orders. We are not far from that percentage becoming the reality of our industry. We've invested in staying ahead of that shift, are currently at 50 percent of sales coming from online orders, and have made 90 percent one of our goals.

Customization is the Key to Competition

Five years ago, we were bumping up against the challenge of building functionalities that we wanted, on the top of a third-party’s applications. We tried to understand the whole space of what was available from third parties to set ourselves up for success in the longer term. But, after several months, we determined that what we were going to need wasn’t out there. So, we invested in our own platform.

With the advancement in technology and interconnectivity between elements of your pizzeria’s tech ecosystem, you aren’t as limited to having to adjust your model or experience to the rigidity of a specific tech platform or supplier. At the same time, you can’t be nearsighted in your approach.

Customizability is going to be the key for any upstart or smaller pizza chain to compete with the big boys. With our new platform, we’ll be able to provide a customized consumer experience down to the individual time of day, weather, special events, and much more. Additionally, we’ll be able to provide experiences to customers that are more tailored to them based on past ordering behaviors, demographic information, where they’re ordering from, and so on. We’re going to have a greater ability to use data to have a better understanding of our customer. The more data you have, the better customer service you can give.

Preparing for the Future

In the short term, addressing all of the ways that customers want to be able to access your restaurant and removing any barriers is key. But it’s also important to be a student of emerging technology, not just within the pizza space but in the restaurant space, and in general.

There are a few emerging trends that are worth keeping an eye out for, including more kiosks in restaurants, being able to order from Alexa and gaming consoles, and even incorporation of A.I. into the restaurant experience.

A lot of the technology is focused on creating labor efficiency, but also catering to the changing needs of consumers. With the tight labor market we’re experiencing right now, looking at some potential solutions is important. This also increases the ability of the big corporate guys to lower their costs and force the smaller pizza restaurants to either follow suit or work harder to differentiate through quality or other means.

While I felt like we were truly cutting edge when the first big bulky computers came into the pizzeria decades ago, it’s not crazy to think that down the road there might be facial recognition of customers to greet them individually, know their ordering history and suggest an order for them. There will always be first movers for new technology and even if the timing or the ROI isn’t right today, you need to be in a position where you won’t get left behind in the future.

Like most things, it’s a team effort. No pizzeria owner or pizza chain CEO should expect to be the only one looking into the future. I expect our executive team, marketing department and IT department to all keep a finger on the pulse of emerging trends in technology and share creative ideas and solutions. Again, not just within the pizza industry but looking at the entire restaurant industry, retail industry and beyond. 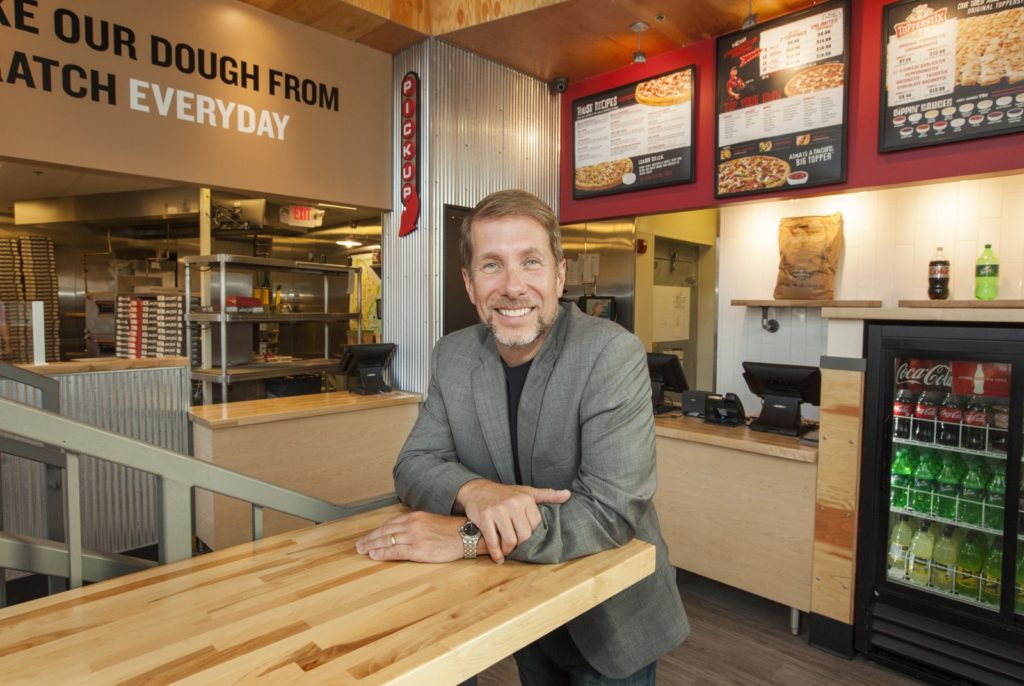 Scott Gittrich is the founder and president of Toppers Pizza, a Wisconsin-based better-pizza franchise chain with more than 75 locations across more than 15 states. Scott's unwavering affection for pizza became a full-fledged love affair when he decided to drop out of college to focus on a career at Domino’s after only two weeks on the job. The gamble paid off as he worked his way up through the company’s system. He stayed focused on having a successful career in the restaurant industry and he decided to create a pizza concept, Toppers Pizza, which delivered unique, fresh food made from scratch that rivaled anything available. It is Scott's belief that pizza is the best food in the world, there’s nothing that’s as celebratory and fun as pizza and it brings people together like no other product on earth. More information can be found at Toppers.com or on Scott's blog.

The views and opinions expressed by PMQ contributors are their own.​