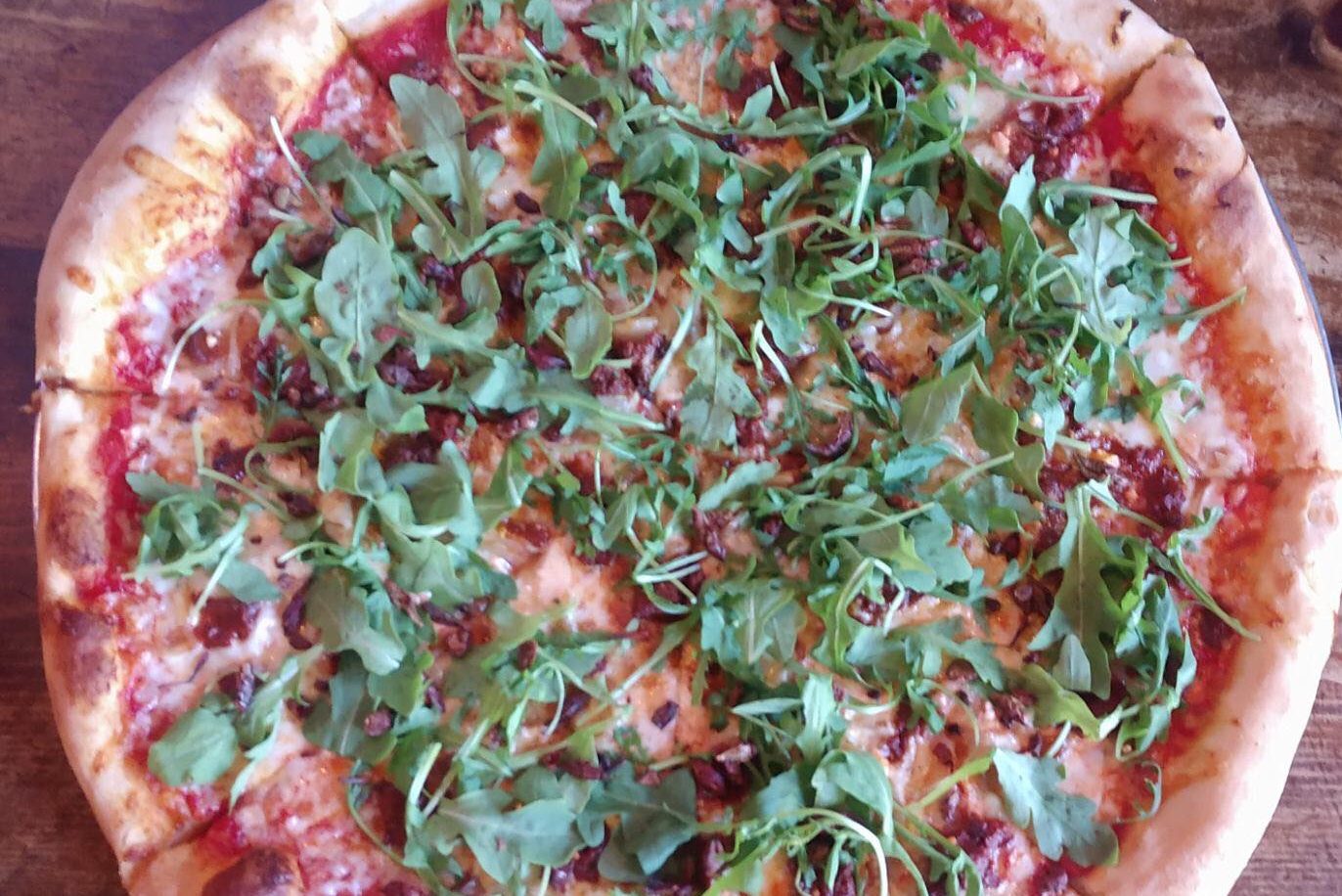 Faced with a plague of grasshoppers, Las Vegas’ Evel Pie pulled a stunt worthy of its daredevil namesake, Evel Knievel: a pizza called the Canyon Hopper, topped with lime-and-garlic-roasted grasshoppers.

In addition to the long-legged pests, the pizza features chorizo, goat cheese, caramelized onions and arugula. An entire pie costs $28, while curious but squeamish customers can try out a slice for $5.50. “As I’ve been saying, when life gives you grasshoppers, you make grasshopper pizza,” said pizzeria owner Corey Horan in a TV news interview. “That’s how life works.” 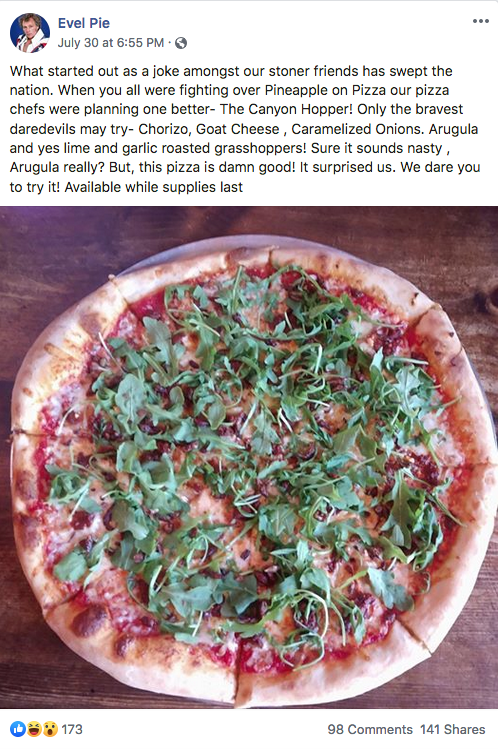 Horan explained on social media that the grasshopper pizza began as a joke among chefs who wanted revenge on the grasshoppers for invading Fremont Street, where Evel Pie is located. “Virtually every bar on the block shut down early,” he said to local news reporters. “It’s really to some degree a loss of business. So this is our answer to that.”

The pizzeria will remain open despite the biblical plague, inviting all to a new adventure in making the best out of the worst through pizza.

Thanks viewer Casee Terman for sending this CRAZY grasshopper video taken in Las Vegas tonight. I took out the expletives and added sound effects. .@News3LV pic.twitter.com/7VRhOB3k9S