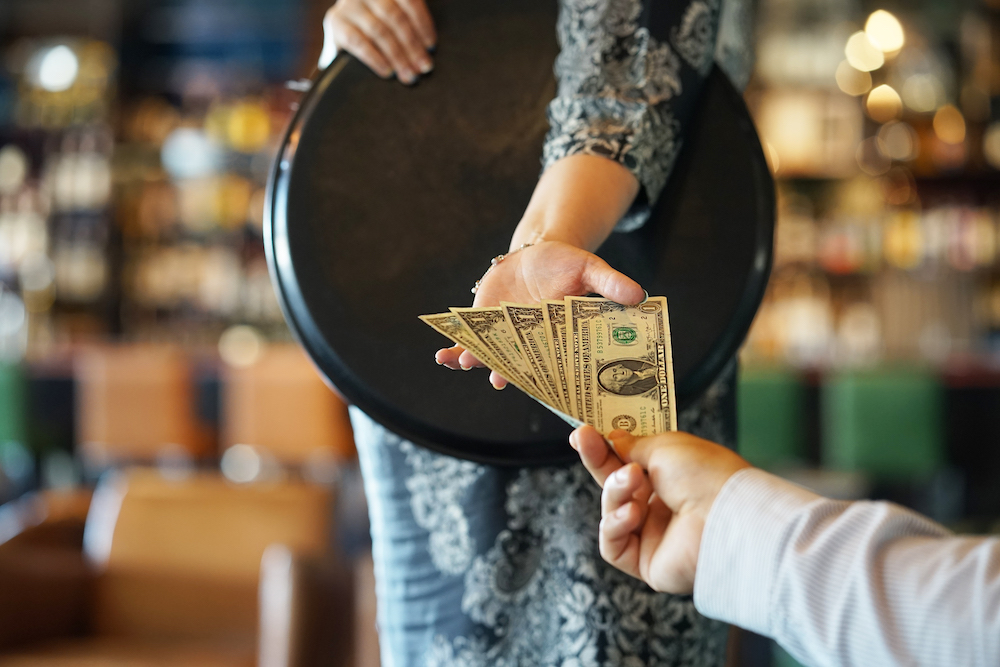 Related: Domino’s closes all of its stores in Italy

The National Restaurant Association says the Inflation Reduction Act, which recently passed the U.S. House of Representatives and the Senate and is expected to be signed into law by President Joe Biden, will not benefit restaurants and can even hurt them by pushing up supply costs.

“For restaurants hoping for a pandemic lifeline from Washington, this bill falls very short,” in part because it “provides no relief for restaurants,” according to a press release issued by the association.

Among other measures, the bill creates a new $313 billion Corporate Alternative Minimum Tax. “According to the Joint Committee on Taxation, manufacturers and wholesalers will be responsible for paying 59% of the $313 billion,” the National Restaurant Association said in the press release. “This will likely impact manufacturers and producers of poultry, meat, frozen food, soft drinks and alcohol, as well as their distribution partners, all of whom directly or indirectly provide products to the nation’s restaurants. These partners will likely have to pass on many of these costs to restaurant owners.”

The Corporate Alternative Minimum Tax would apply to corporations with profits in excess of $1 billion, many of which have paid little or no federal income taxes in recent years. It’s aimed at easing the tax burden currently shouldered by smaller businesses and individual Americans and shifting some of it to large corporations that already enjoy substantial tax breaks. It would also help finance new clean energy investments and deficit reduction.

Despite the new corporate tax, more than 40 major manufacturing companies and associations have expressed support for the bill, according to Ceres, a nonprofit that works with corporations and capital market leaders to encourage sustainable practices and “build a just and sustainable economy.” Earlier this month Ceres released a list of the companies that came out in favor of the bill. The list includes Unilever United States, the corporation behind food brands like Hellman’s, Knorr, Ben & Jerry’s and the Vegetarian Butcher, as well as Vaseline, Dove and Lifebuoy. Also on the list were Ford Motor Co., Levi Strauss & Co., Danone North America, Lyft, Holcim US, bp America and Shell USA, among others.

In denouncing the Inflation Reduction Act, the National Restaurant Association called on the Biden administration to take other steps instead, including removing tariffs imposed by former President Donald Trump on imports from China and on steel and aluminum imports. It said these tariffs “continue to harm America’s restaurants and the customers they serve.”

The association also wants the Biden administration to prioritize the processing of COVID-19 Employee Retention Tax Credit filings. “Some restaurant operators have waited more than a year for the Internal Revenue Service” to process the filings. “This delay means many restaurants lost tax deductions for ERTC-eligible expenses in 2021 without yet receiving ERTC payroll tax rebates.”

The Inflation Reduction Act does contain nearly $80 billion for the IRS to improve operations, increase enforcement of tax laws, modernize its systems and improve customer service.

Additionally, the association called on Congress to pass a bill “to restore depreciation and amortization to the calculation of the Interest Expense Deduction. This will help encourage investments in U.S. business and restaurant growth.”

Inflation remains a vexing problem for the restaurant industry. Wholesale food costs have risen 13.4% in the last 12 months, the association said, including a 39% increase in the price for flour, a 156% increase for eggs and a 61% increase for butter. “Menu prices increased just 7.7% during this period, and the average restaurant pre-tax margins have fallen to around 1%,” the release states.

Meanwhile, $180 million in Restaurant Revitalization Fund (RRF) money still hasn’t been distributed to qualified applicants, the association noted. “We overcame the legislative odds to get RRF passed into law, so it’s very disappointing to hear that some of that money is sitting in SBA’s accounts,” said association executive Sean Kennedy. “The association supports SBA’s efforts to be good stewards of taxpayer dollars, but Congress set aside $28.6 billion to support the industry and restaurants should receive that full amount.”