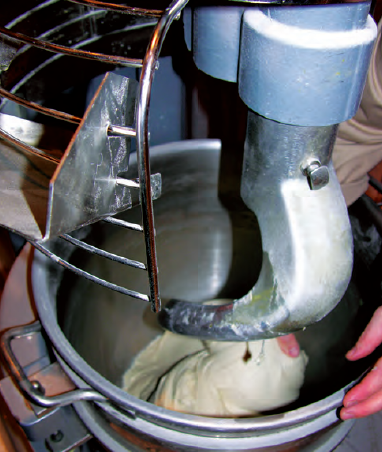 Why have flour prices been skyrocketing?

To fully appreciate what is happening, we need to go back a number of years, to when many people moved from rice-based diets to wheat-based diets. This change was enacted mostly due to the tight supplies of rice and the abundance of wheat in the world market. Everything went along smoothly until Mother Nature began to stir the pot: Extreme drought in Australia; poor growing conditions, in general, in much of Latin America; and a combination of weather-related conditions leading to crop failure and diminished harvest yields in the United States and part of Canada have all contributed toward reducing the world inventory of wheat to something less than possibly two weeks’ worth. Factor in yet another stirring spoon—this one self-induced, the use of valuable wheat-producing acreage for ethanol-producing crops—and you have a recipe for disaster.

Much of our country’s wheat, and a good deal of the wheat in Canada, is going to fill contracted international tenders for wheat; and, with so many countries out of the wheat export market, cost is high and availability is tight. Many of the U.S. wheat millers are reporting that they should have enough wheat stock to get them through until the new wheat crop is harvested in June and July (for hard red winter wheat, used mostly for making bread-type flours) and late July through August (for hard red spring wheat, most commonly used for making pizza flours). The success of both harvests is critical for shaping the overall wheat picture this year. Due to the extreme shortage of winter wheat, many bakers have switched from winter wheat-based flour to spring wheat-based flour, putting a further burden on the supplies of spring wheat. It is speculated that wheat inventories will remain tight, regardless of the U.S. wheat harvest, due to the shortage in world wheat inventory, and that pricing won’t return back to normal levels until the other wheat-exporting countries resume normal exportation of wheat again. And here’s another thing to ponder: With the looming recession, people don’t have as much money to spend on food (not news to us), so they have turned to the one food that they have historically turned to during times of a poor economy: pasta. Pasta demand is way up; the last price I saw on durum wheat was $24 per bushel. To put this in perspective, our present high fl our prices are predated on wheat at $14 and change per bushel. How does this affect our wheat/flour price? Both hard red spring wheat and durum wheat are grown in the same regions of the country; in fact, they are an interchangeable crop. So, with spring wheat at $14 per bushel, and durum wheat at $24 per bushel, which one do you think the cash-strapped farmers will opt to plant in their fields next year? All of these unknown factors aren’t good for the wheat market, but there really isn’t much that can be done about it. This is a classic example of how supply and demand, stirred vigorously by speculation, dictates the price of flour, and our flour millers or flour suppliers can’t do much about it, because they’re all in the same boat.

My own take on the situation is that we’re going to have to cope with this situation for at least several years. If memory serves me correctly, during and immediately after World War II, we had what was referred to as “wartime flour,” which was higher in extraction rate than regular white flour. For example, if you start with 100 pounds of wheat and mill it to the standard 76% extraction, you end up getting 76 pounds of white flour, but if you mill the same wheat to a 78% or 80% extraction rate, you get 78 or 80 pounds of flour. If we were to do this, the resulting flour would be slightly darker in color, as it would contain more of the bran portion of the wheat, and the flour would probably be better for us, too, because it would contain more bran, or fiber, which is recognized as healthy. Yes, the darker color of the flour would show up in the finished crusts, but I don’t think the consumer would readily recognize it due to the small portion of crumb area (the center section of the pizza crust) actually exposed on a slice of pizza. Even thick-crust pizzas really don’t expose all that much crumb portion, and when you consider that a slice has sauce and cheese pulled down over the cut surface, it’s going to be hard to see any difference in crumb color anyway. With all of the current interest in healthy eating and whole-grain crusts, maybe this would be a good time to talk to our flour millers to see if they can provide us with a longer-extraction flour to help hold the line on price, and to better utilize the inventory of wheat available for making pizza flour.

For the immediate issue at hand, what can we do about rising flour prices? I don’t think we have any other option except to pass the price increases on to the consumer. While the amount that we pay for a bag or pallet of flour is quite significant, the direct additional cost for a pizza really isn’t all that significant.

Look at it like this: To make a pound of dough, you need about 10 ounces of fl our. If you’re paying $20 for a 50-pound bag, your unit cost per pound of flour is $0.40. 10 ounces equals 0.625 pounds, so 0.625 X $0.40 = flour cost for 1 pound of dough (in this case, that would be 0.625 X $0.40 = $0.25). If you want to find out how much fl our there is in a specific dough weight, such as a 12-ounce dough ball, simply divide the dough ball’s weight by the sum of the baker’s percent of your dough formula divided by 100. For example, let’s say that the sum of your dough formula’s baker’s percent is 165; divide this by 100, and you get 1.65. Now all you need to do is divide the dough ball weight (in this case, 12 ounces) by 1.65, and you get 7.27 ounces of flour in your 12-ounce dough ball. Then divide this by 16 to convert it to a decimal fraction of a pound (7.27 divided by 16 = 0.454 pound), and multiply the unit flour cost (cost per pound) by this number to find the flour cost in that size/weight dough ball. Here’s the math: 0.454 X $0.40 = $0.1816 (about 18 cents) worth of flour in the 12-ounce dough ball. You can also use some great Excel spreadsheets for calculating your costs that will do the math for you. In any case, you can easily find out exactly what the flour cost is, allowing you to pass that cost on to the consumer. I think our customers are faced with this reality often enough to accept it in stride if we just take a few minutes to explain the price increases to them. Like a friend of mine always says, “It’s a heck of a way to do business, but it sure beats the alternative.”

Tom Lehmann is the director of bakery assistance for the American Institute of Baking (AIB).