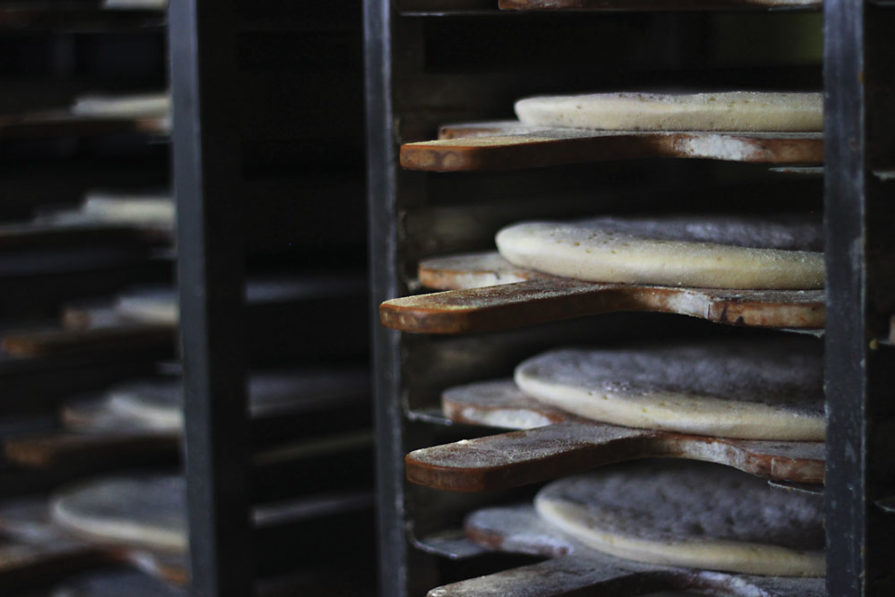 We are having a continuing problem with our dough over-rising in the cooler. What are we doing wrong?

Blown dough, as it is affectionately called, can be caused by a number of things. So, I'll start at the beginning of the process and work my way through and try to hit on each one of the possible causes.

In dough formulation there are a couple of things that can result in blown dough. An excessively high yeast level can be a problem. When yeast levels (as compressed yeast) exceed 3 percent of the flour weight, the rate of fermentation can become difficult to control, and there exists a possibility that the dough will blow in the cooler if all of the control factors (times and temperatures) are not exactly as they should be. The water content of the dough (absorption) can also contribute to a greater fermentation rate, plus the dough is softer with greater dough absorption so the dough can both ferment faster, or at least give all of the outward appearances of fermenting faster. This can result in the dough pieces flowing together to form a single box of dough rather than a box containing a dozen or more individual dough pieces. In this case, the dough is not able to retain its shape while in the cooler, so the dough balls all flow together giving the appearance and effect of a blown dough.

After mixing, the dough should be taken directly to the bench for scaling. Do not allow the dough to sit out at room temperature before taking it to the cooler, as this will only allow the dough to become somewhat gassy, with a more open and porous cell structure. This open structure in the dough will act as an insulator, making it more difficult to cool rapidly and consistently. Place the dough balls into dough boxes that are specifically designed for refrigerated storage of dough balls. After the dough balls are placed into the storage boxes, wipe them with a little salad oil to help prevent the development of a skin or crust on the dough during the cool-down process.

In the cooler, have a dedicated place to put the dough. Ideally, this should be away from the door where the temperature is the highest and the greatest temperature fluctuations are experienced due to opening of the door. It is also a good idea to make the dough at a time when there will be little or no traffic into the cooler for the greatest length of time. For most of us, this will be at the end of the day. Place the dough boxes in a cross-stacked fashion, which allows for good airflow and ventilation of the dough. This will hasten the cooling process and prevent the development of moisture in the dough boxes. After being cross-stacked for about two hours, the dough boxes can be nested, creating an effective airtight seal over the dough balls. This will prevent any possible drying of the dough during the refrigerated storage period. The dough will be ready to use in 12 to 16 hours. If left in the cooler, the dough will remain in good condition for up to 72 hours. To use the dough, remove a quantity from the cooler, being sure to keep the boxes covered, and allow it to warm (temper) at room temperature for about 90 minutes. The dough should then be ready to begin shaping. The dough that has been tempered for 90 minutes will remain usable for about another two to two-and-a-half hours depending upon the actual room temperature and dough formulation. To use any dough that is not sold within this period of time, you can either convert the dough to focaccia or to breadsticks, or if you're making thin crust pizzas, you can shape the dough, place it on a tray, and put it in the cooler. This will effectively allow you to hold the dough for up to several more hours, but the dough should be used within the day once it is removed from the cooler. Any dough that is left over at the end of the day can usually be incorporated back into your new dough so long as the amount doesn't exceed 20 percent of the new dough weight.

Why is it important to have a fat encapsulated baking powder when making pizza dough?

Fat encapsulated leavening systems (baking powder) have a specific application in both retail frozen dough and in take-n-bake pizza dough. The reason for adding the chemical leavening in the first place is to provide a secondary or back up leavening in case the yeast fails to provide the necessary leavening or rise to the dough. This can happen in retail frozen dough that is slow frozen in a regular freezer, or it can happen to a take-n-bake pizza dough that is either time or temperature abused. The end result is dough that doesn't perform up to it's potential. Chemical leavening, especially that comprised of sodium aluminum phosphate (SALP) and soda doesn't fully react in the dough until the dough/pizza goes into the oven and the temperature of the dough approaches 130?F. At this temperature, the leavening system is triggered, and leavening gas is generated to help the dough rise during baking. A problem with non-encapsulated leavening is that the sodium aluminum phosphate can cause the dough to begin turning gray in color, and the soda can prematurely react with naturally formed acids of fermentation leaving the SALP without sufficient soda to fully react. This can lead to poor leavening performance and development of off flavors due to the presence of un-reacted SALP. Both of these problems are eliminated when the SALP/soda blend is encapsulated in fat during manufacturing of the "baking powder." The encapsulating fat protects the leavening ingredients from pre-reacting in the dough, but it melts off during baking to allow the chemicals to fully react and generate the desired leavening effect.

Got more dough questions? Be sure to check out The Dough Doctor's New York Pizza Show Dough Seminar.

The Fundamentals of White and Wheat Flours for Pizza Dough 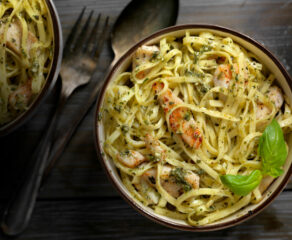 Six Tips for Rounding Out Your Pizzeria Menu With Pasta Dishes 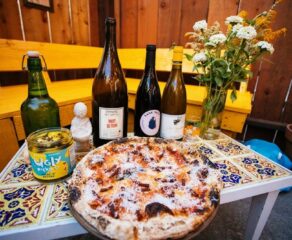 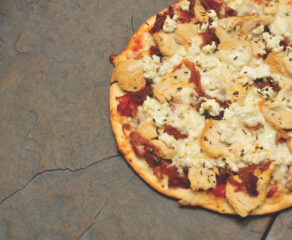