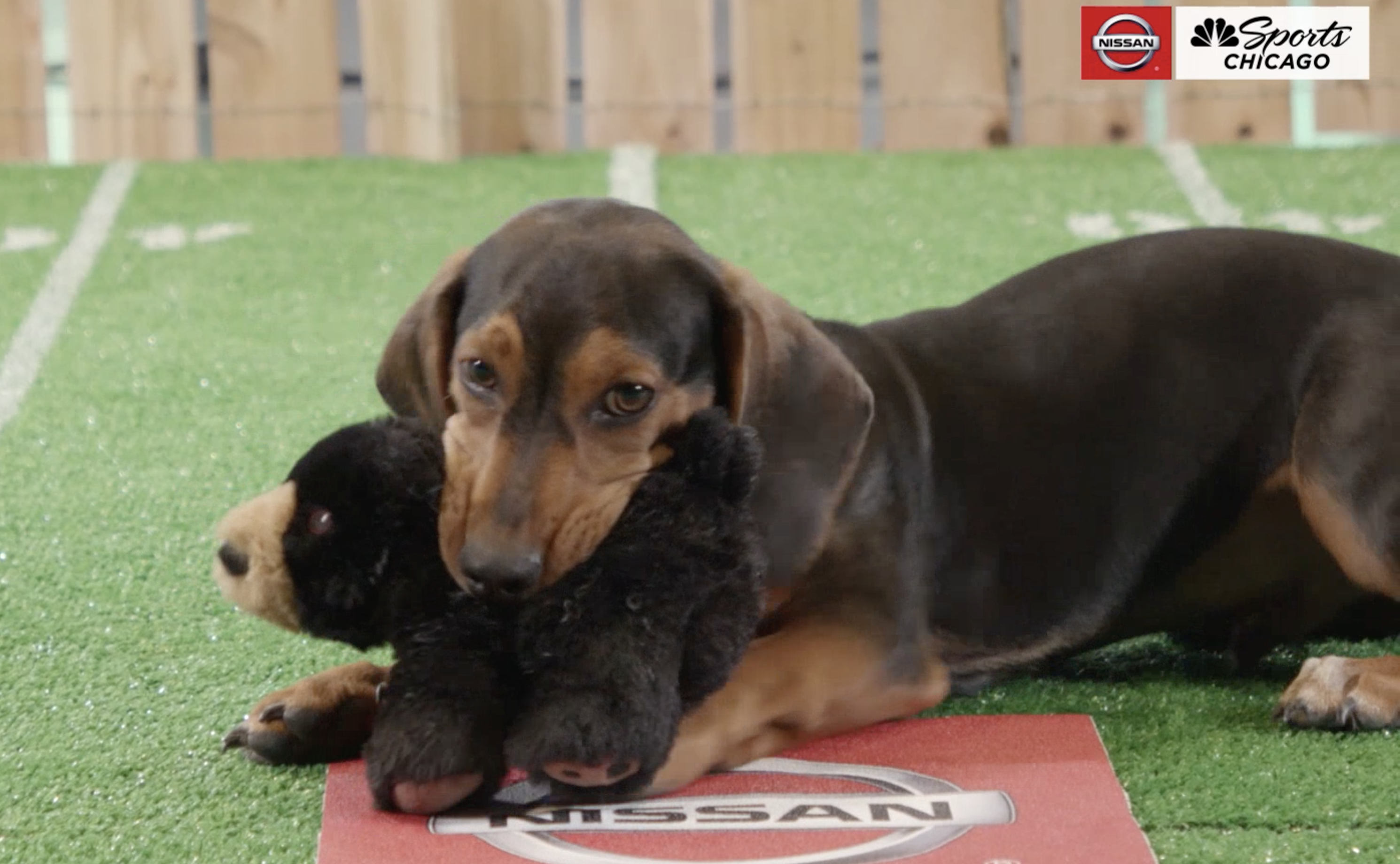 The best pizza style is in the eye of the beholder, but Walter, the precious Dachshund mix puppy happily adopted in Chicago, decided to be rebellious. He went straight for the Detriot-style pizza.

Let’s rewind: why is this adorable pup being made to choose between two pizzas? NBC Sports teamed up with One Tail at a Time Dog Rescue. The rescue is endeavoring to construct a no-kill shelter in Chicago, and it’s raising awareness through adorable PR events like this video series where Walter predicts whether Chicago Bears or its opponent will win the upcoming football game. So far he only got one pick right, but who could blame him when there are decisions to be made between cheese curds and Italian beef, crab cakes or Garrett’s popcorn, or especially Chicago deep-dish vs. Detroit-style pizza?

Do you think he made the right choice, pizza-wise? Let us know!