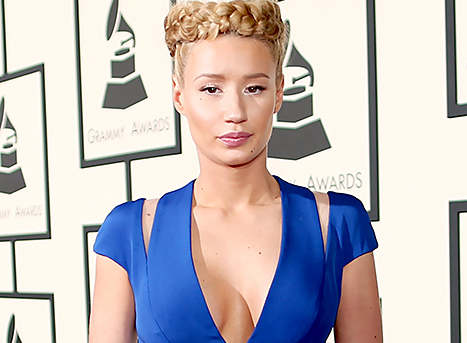 Looks like Australian rappers aren't hip to irony. At the Grammys Iggy Azalea went on a tirade against Papa John's for releasing her phone number on Twitter.

Usmagazine.com reports all poor Iggy wanted before the 2015 Grammys was some scrumptious pizza, but all she got were some obnoxious tweets! The Australian rapper went on an epic rant about Papa John's Pizza after one of the chain restaurant's employees gave her personal phone number to their family members.

The Aussie diva went on to claim that her former favorite pizza restaurant refused to supply pictures of their drivers so she could identify the culprit who gave up her personal phone number.

For more on this hypocrisy-prone rapper, read on.