Idea Zone: No Matter How You Cut It, There’s A Portion PadL For That - PMQ Pizza Magazine 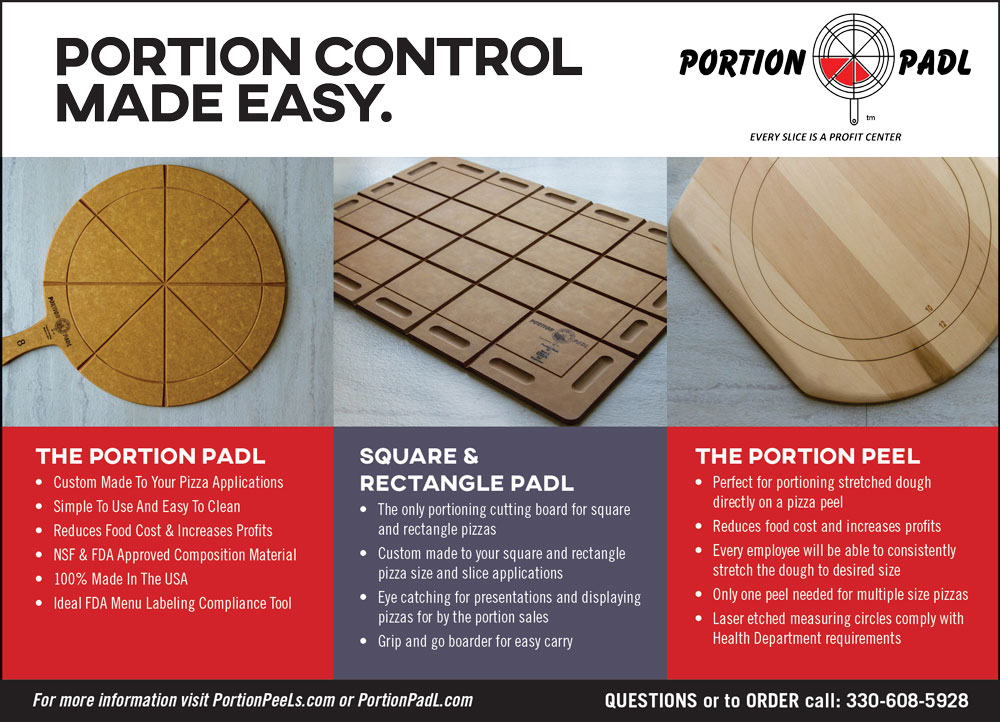 When Greg Getzinger first owned his pizza business, he also took on his first school lunch account. He had no idea the weekly 55-pizza order would change the direction of his future. Early on with the lunch account, he experienced a problem. “We weren’t cutting pizzas equally,” he says. “Students were buying the bigger slices and passing on the smaller slices.” He was told to fix the problem or lose the account. He tried different equal-slice cutting tools, but they weren’t very easy for his employees to use and not very efficient for a busy kitchen. He came up with an idea. He already used a cutting board to cut his pizzas. Why pay extra for a portioning tool? He immediately started working on the equal-slice pizza-portioning cutting board that would save his school lunch account.

Greg thought, “Maybe my staff and I aren’t the only people who can’t cut pizzas into equal slices for pizza-by-the-slice applications?” He decided to introduce his idea, the Portion PadL, to the pizza industry, and the industry embraced it. The Portion PadL can be made for round, square and rectangle pizzas. “No matter how you cut the pizza, there’s a Portion PadL for it,” Greg says.

Greg expanded his portioning product line to include wood pizza peels. “My Portion PadL customers were telling me they knew their employees were overstretching the dough on their wood peels,” he recalls. “They used a magic marker to put circles on their wood peels. Their local health department was confiscating the peels. They didn’t know if the ink on the wood peel was toxic.” Greg’s idea: the Portion PeeL, a wood pizza peel with custom-made laser-etched measuring circles made to each customer’s pizza-size application. Now dough can be consistently stretched to the desired size—no more loss of profits from adding extra sauce, cheese and toppings from overstretched dough.

More information about all the Portion PadL products can be found at www.portionpadl.com, or call Greg directly at 330-608-5928.