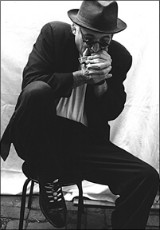 Warning! If you listen to this song, you won't get it out of your head. The song "Pizza Pizza" could become the new pizza industry anthem.

A pizza inspired Joe Dolce, of Dolceamore Music, to write an ode to pizza that could be used to attract customers. A few years ago Joe wrote the song "Pizza Pizza" as a tribute to his love for the pie. A whimsical song, "Pizza Pizza" is one of those tunes that once you hear, you end up humming all day long.

Why did Joe write a song about pizza? "I love pizza," Joe says. "Everyone I know loves pizza! Two of my favorite songs when I was growing up were 'That's Amore' with the lyrics 'when the moon hits your eye like a big pizza pie . . .' sung by Dean Martin and 'Pizza and Beer' by Louie Prima, the Italian Louie Armstrong. Being first and foremost a songwriter, I wanted to write my own pizza song."

Are you just a versatile songwriter or did you have a pizza background? "I have a long interesting history with pizza. When I was young, I got very sick from eating a pizza at a birthday party and for years I wouldn't go near the stuff. The most popular TV show at the time was the 'Ozzie and Harriet Show' with Rickie Nelson. Everyone on that show ate pizza regularly and I always felt like I was missing something because I didn't like it. One day, I bit the bullet and faced my fears and had a big pepperoni pizza. Miraculously, I didn't get sick and I even liked it! From that point on I was in love with pizza."

Have you ever heard a song on the way to work and couldn't get it out of your head for the rest of the day? That's what this one does. So how can that help you sell more pizza? Not long ago, Joe decided to license the song to pizza operators to use in advertising or as a jingle.

"The idea only occurred to me a couple of months ago," Joe says. "The song is still relatively unknown by the larger public. It was only locally released. My song, 'Shaddap You Face' on the other hand, has been used in, and is still being licensed in about eight countries for advertising including the U.S. I am confident that 'Pizza Pizza' and 'Shaddap You Face' will both find their way into a major motion picture soundtrack one day.

"As a songwriter and publisher who has had a few of my songs used for advertising in many territories of the world, my experience is that the publishing rights for usage of a song aren't technically 'sold,' but licensed for an agreed upon term (with options) and agreed upon territories, for a fee paid up front. The client then has the choice of having the song recorded by either session musicians or artists of their choice. If the original master recording (with my performance) is preferred, then a separate Master recording licensing agreement is negotiated, for term and territory, in the same manner. Sounds a little confusing but it's pretty straightforward."

How effective can a good advertising jingle be? In the spring 2001 issue of the U.S. edition of PMQ, Dick Marendt, with ARCA Studios offered some insight. In the article he said that when you hear the name of a business or product set to music and rhyme, there's no forgetting it. It makes a permanent impression in your mind. Want proof? When you hear the opening bars to a song that was popular many years ago, don't you instantly recognize it and start humming along, even if you haven't heard it in decades?

Dick also emphasized that music is a great memory device. That's why he says such major advertisers as Coca-Cola, McDonald's and Chevrolet use advertising jingles. You can learn from their research and experience to level the pizza-marketing playing field in your area. Then you can compete with "the big boys."

Is there something special that Joe thinks all pizzeria's lack? How would he market a business to stand out from the crowd? "This is personal, but I think that the thing that most Italian restaurants lack, for me, including pizzerias, is the feeling that 'mama' isn't in the kitchen cooking," Joe says. "I grew up with grandma and mama's cooking and the most satisfying memories of food come from those days. Therefore, the most emotionally gratifying restaurants I have been to have women in charge of the food and service." What, in your view, are the three most important "market principles" that you could apply to any business (especially a pizza business)? "I consider marketing an area of expertise best left to professionals," Joe says. "As a composer, writer and performer, my area is creation of high quality goods and services. 'Build-it-and-they-will-come', so to speak. Without effective marketing, however, no one will know where you are or who you are. The most basic marketing is word-of-mouth. Having an irresistible product gets people so excited they have to come back for more and they have to tell other people about it. The rest has to do with a generous advertising budget, working with the best and most creative people to implement it, and not being afraid to spend the money up front. Lee Iaccoca once said he had to be prepared to 'risk the company' every five years on something new that would take them forward. It's always a risk spending a lot of money with no clear guarantee when it's going to come back. When we first sent the record of 'Pizza Pizza' around to record stations, we spent a little extra money to put it in a pizza box. That got the attention of radio programmers. Anyway, lateral thinking is good for you!"

Give it some thought. Could you use a good jingle? If so, maybe the "Pizza Pizza" song could be the tune your customers are humming as they walk in your doors. For information about obtaining the licensing rights to use it in your next ad campaign, contact Joe Dolce at dolcej@yahoo.com or telephone in Australia: 0419 103 484. To hear the "Pizza Pizza" song, go to www.pmq.com and click Manager's Toolbox.