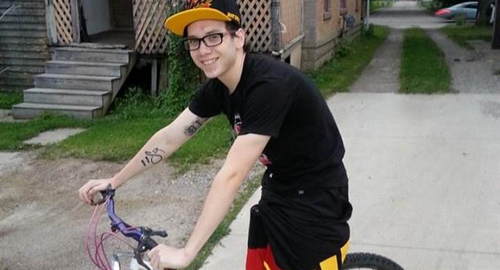 People in the pizza business have good hearts and want to help others. We already knew that but Josh Lewis, 19, a Southern Baptist Theological Seminary student, is the stabbed pizza delivery driver who brought that point to life this week.

USAtoday.com and NBCnews.com featured stories detailing how Lewis was stabbed and robbed earlier this week while trying to drop off a pizza to a hospital. He now says he doesn't hold a grudge against his attacker after being released May 6 from University of Louisville Hospital where he was treated for a stab wound and collapsed lung. Lewis was accosted in his Jeep and stabbed in the back as he was making a delivery May 3 to Norton Hospital, police and Lewis' boss at Spinelli's Pizza said. The assailant made off with his Jeep — and the pizza that was inside it. Lewis stumbled into the hospital's emergency room and collapsed. As he was being treated, he called Spinelli's and arranged for a new pizza to be delivered to the hospital, Willow Rouben, his manager, told NBC station WAVE of Louisville.

Read more about his pizzeria's  fundraising effort on Lewis' behalf and what he wants for his assailant.