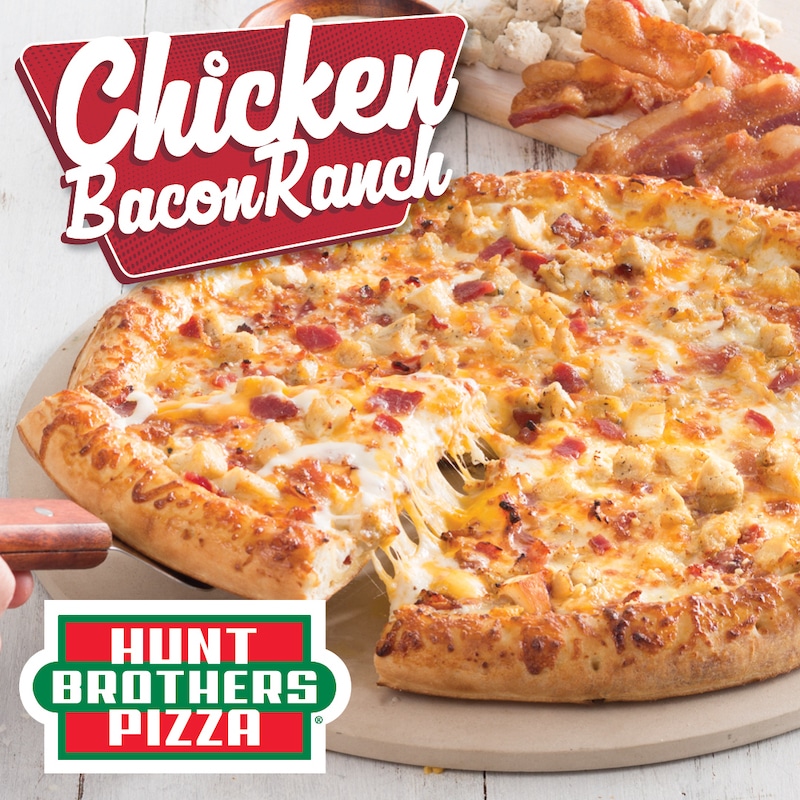 Hunt Brothers Pizza, a mainstay pizza brand served in convenience stores, has brought back its Chicken Bacon Ranch Pizza for a limited time only.

Starting on September 21, store partners began offering the specialty pizza, which makes its sixth appearance as a Hunt Brothers LTO pie. It’s topped with a creamy ranch sauce, chicken breast, a blend of part-skim mozzarella and cheddar cheeses, bacon and a sprinkling of the company’s signature Just Rite Spice.

“The popularity of Chicken Bacon Ranch has remained strong throughout the years,” said Dee Cleveland, director of marketing at Hunt Brothers Pizza, in a press release. “Bringing it back gives both our store partners and their store customers something to be excited about, which ultimately leads to increased foot traffic and boosted sales. It’s a win-win.”

Headquartered in Nashville, Hunt Brothers Pizza describes itself as the nation’s largest brand of made-to-order pizza in the convenience store industry. Its carryout pizzas can be found in more than 7,800 locations in 30 states.

Convenience store pizza doesn’t necessarily present a major threat to pizza restaurants, but its popularity is growing. CHD Expert earlier this year reported that c-store chain Casey’s General Stores, headquartered in Ankeny, Ohio, is one of the fastest-growing pizza restaurants in the U.S. It serves pies and flatbreads for pickup or delivery along with gas and groceries.