In the beachside city of Fuengirola on the sunny coast of Spain, things are cooking up for a noble cause. 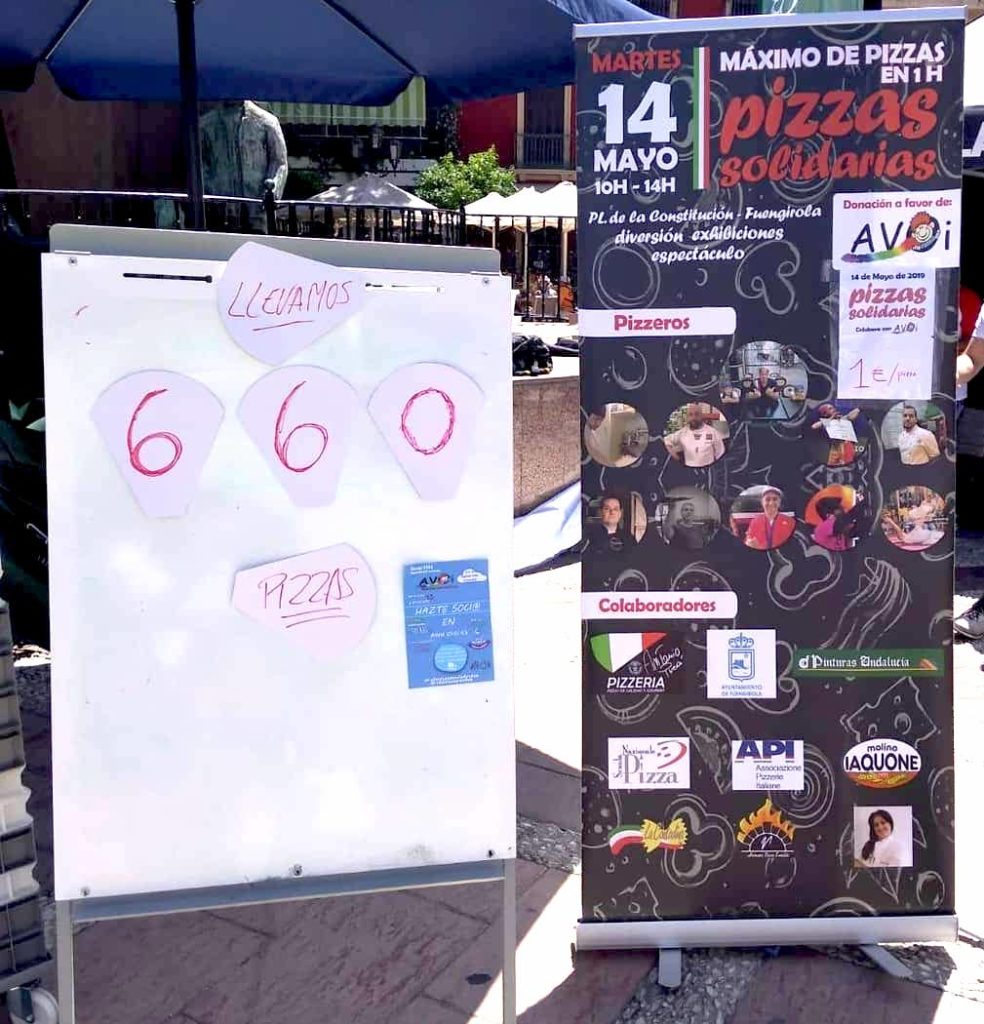 Ten pizza makers worked with incredible speed to make as many “solidarity pizzas” as possible in one hour. The pizzas were sold to the general public for one euro to benefit the A.V.O.I. (Association of Volunteers for Children’s Cancer).

Exactly 660 pizzas were produced in the hour, claiming a new record by the University of Italian Pizza in the World led by Antonia Ricciardi. Ricciardi worked together with the owner of Pizzeria Antonio Pucci, who bears the same name, on the cause.

“It’s not an official Guinness record,” says Ricciardi. “We did it to benefit children with cancer. In total we raised 1,050 euros for A.V.O.I.”

A.V.O.I. has been operating since 1993 and has made it their mission to make hospital stays for children as pleasant as possible. The association works with 170 volunteers who work around the clock to bring smiles, games and interactive activities to children inside and outside the hospital.