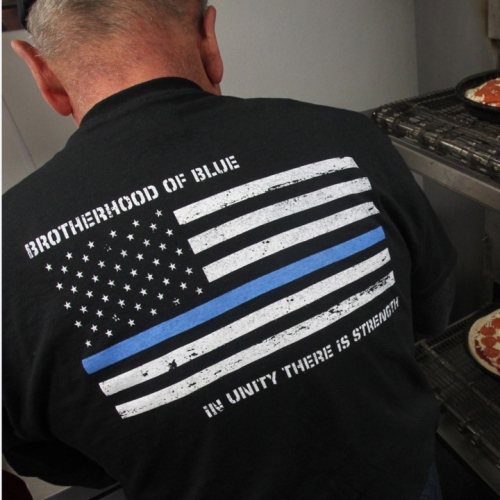 A fellow fallen police officer was honored by his comrades in an Ohio fundraiser that sold large pepperoni pizzas for $9.11. Proceeds were given to shooting victim Justin Winebrenner's family.

Cars lined the street and wrapped around the corner, and people routinely gave far beyond the price of a pizza at the East of Chicago Pizza restaurant in Barberton. According to the Akron Beacon Journal, Rob Winebrenner, Justin's dad, greeted people with a smile as they arrived. He leaned into car windows, patted backs and shook hands. His son, Justin, was the heroic Akron patrolman who was fatally shot last month.