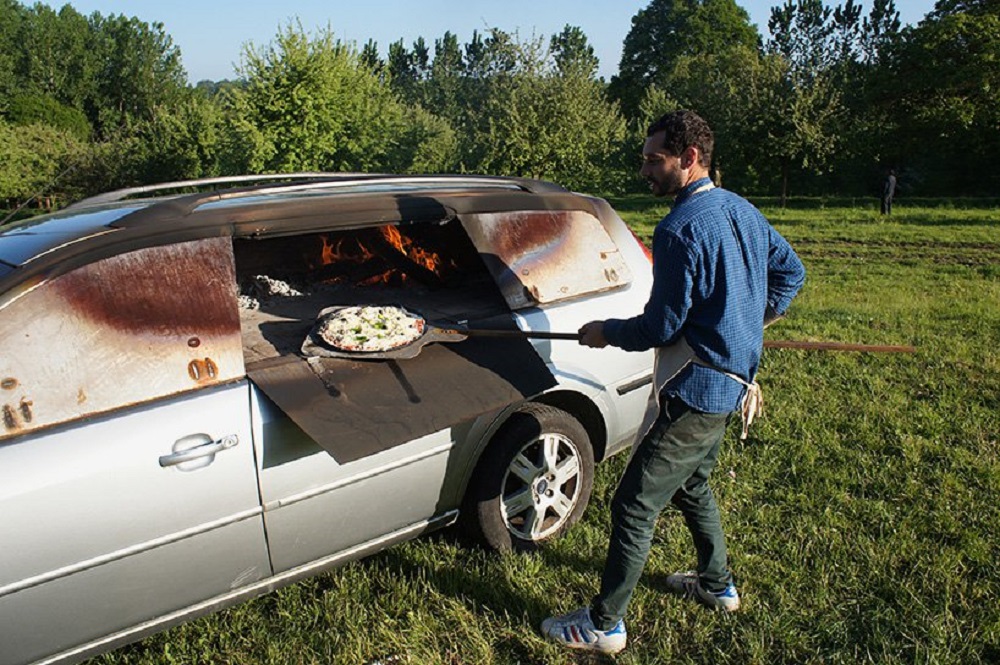 A French artist has hit upon a novel way to build out a mobile pizzeria—he turned an old Ford Mondeo into an honest-to-goodness wood-burning pizza oven.

Benedetto Bufalino has transformed automobiles into “functional objects of whimsy, delight and deliciousness,” including ping pong tables, jacuzzis and even a tennis court.

According to DesignBoom.com, Bufalino started with an old Ford Mondeo and removed all the stuff he didn’t need, such as windows, seating and the steering wheel. He then built “a sort of shelf … covered in an all-brick surface that could sustain high heat.” He placed wood logs on the shelf, lit them on fire and created a wood-burning oven.

Bufalino “plays with the perception of everyday objects by altering their original function," DesignBoom.com reports. "His best known-projects include a sedan-turned jacuzzi, a police car converted into a chicken coop and a cardboard faux-Ferrari."