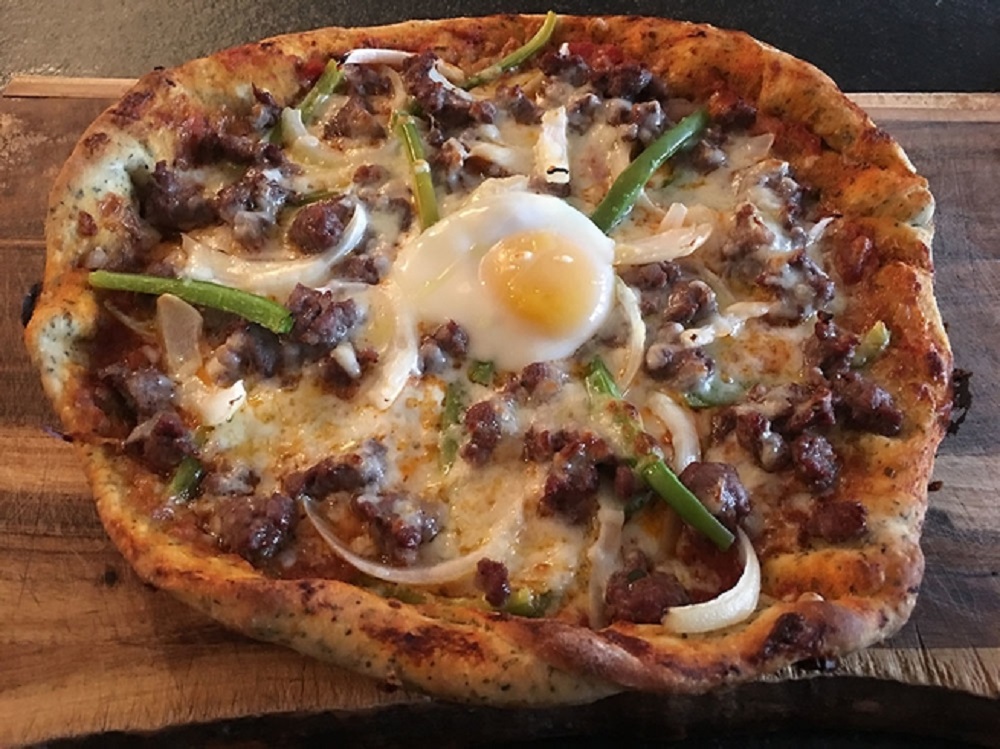 PMQ caught up with Field & Stream editor-in-chief Colin Kearns after we ran across his article titled, "How to Cook Delicious Wild Game Pizza in a Cast Iron Skillet."

First, it was the beautiful egg on top that caught our eye, then it was the thought of the flavor that a cast iron skilled creates on a pizza crust. Finally, it was the lure of fresh venison meat. Wow, that pizza sounded tasty!

So, we reached out to the magazine and asked what other types of wild game pizzas Colin had in his recipe box. He shared two more combinations: dove breast with jalapenos, and pheasant breast with Fontina cheese, caramelized onions, bacon and shiitakes (no red sauce on this one).

If you're a wild game hunter or know one, which of these pizzas would you try? Have you already made a wild game pizza of your own creation? Even if you aren't into wild game, there are some great pointers for cooking pizza in a cast iron skillet.

Sausage, onions, and green peppers is my favorite combo, so that’s what I went with here.

The venison sausage I used is from a recent batch I made at home—a bay-and-garlic sausage, courtesy of Hank Shaw. The pizza dough came from the grocery store, and the cheese is shredded mozzarella.

Before you (gently) transfer the rolled-out dough to the skillet, sprinkle the skillet with flour and cornmeal. This will help keep the dough from sticking to the pan. It will also give you a crunchier bottom crust.

Transfer the dough to the skillet and drizzle some olive oil over the top.

Nothing fancy here—just store-bought, jarred marinara sauce. Drop several tablespoons onto the dough, then spread the sauce out with a spoon.

Warm up the skillet over high heat on the stove. When the tomato sauce starts to bubble slightly, it’s time to pour on the fixings.

I like to layer my toppings: First some cheese, then peppers, onion, and sausage, then another layer of cheese, and so on. At the last minute with this pizza, I decided to drop an egg in the center of the pizza.

Stick the pizza in the 500-degree oven for about 6-10 minutes. When the cheese has melted and the crust is golden-brown, it’s ready.