How to compete in the World Pizza Championship (Hint: Keep the heat off the meat!) - PMQ Pizza Magazine 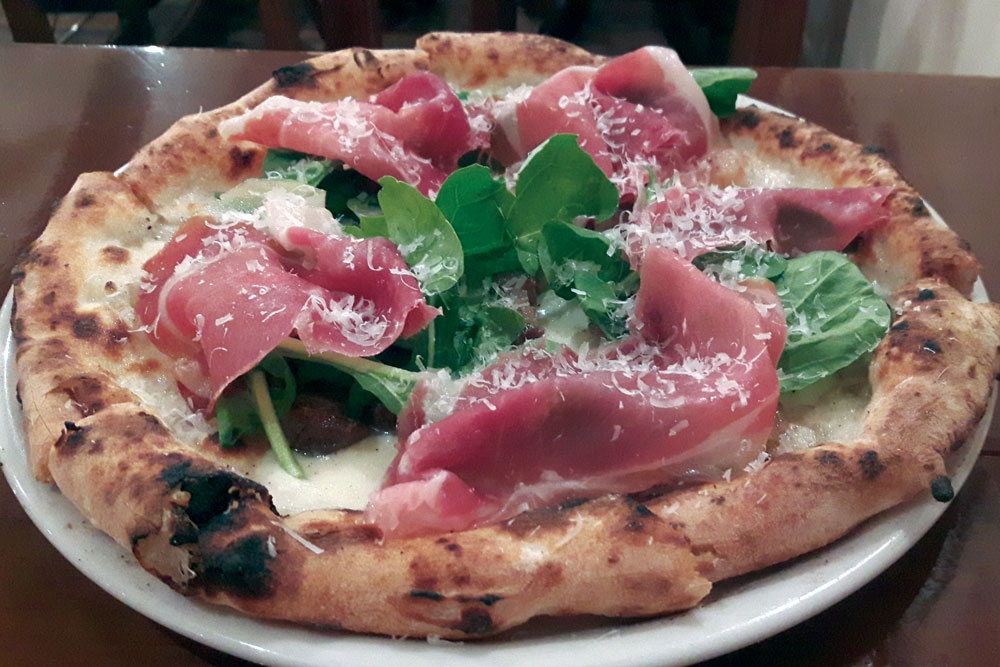 As the U.S. Pizza Team heads to Italy for the World Pizza Championship in May, it is certain some food faux pas will be made. I interviewed several Italians from different regions to shed light on food norms to which Americans should be privy when competing (or eating) in Italy. And since the big event takes place in Parma, what better topping to focus on than salumi?

Salumi is best translated into English as “cold cuts” or “deli meats.” It should not be confused with salami, which falls under the general category of salumi. Salumi is considered to be all of those largely pork-based meat products that have been salt-cured. It comes in cooked (cotto) and raw (crudo) varieties and is safe to eat with no additional cooking. In fact, heating crudo products can be a serious offense to Italians and “should never be done,” according to the Istituto Valorizzazione Salumi Italiani, which adds the following advice:

“We know that deli meats are often added before, as well as after, cooking a pizza. However, from our experience, a raw product should be added at the end. The warmth of a freshly baked pizza softens the [thinly cut] slices, without making them too dry or very salty. Cooked products may be added at the beginning or halfway through cooking, but you should always try not to let them dry out and lose their softness. Ideally, you would use the cooked deli meats in ‘closed’ preparations—for example, with a calzone—which preserves the characteristics of the deli meat. If you have a good ingredient, it’s best to enjoy it in its most natural state.”

So, while some of the cotto varieties, like ham and pepperoni, have been spotted on pizzas before going into the oven, it’s not officially condoned by Italian cuisine purists. Also, there is a strongly held belief that charred meats are associated with cancer. So, if you bring your own pepperoni from the States to the World Pizza Championship, getting that crisp edge may be seen as a rookie move by Italian judges. In other words, better soft than sorry. 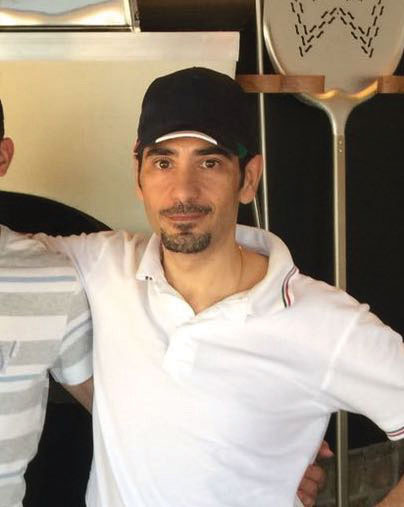 “For the most part, prosciutto crudo, bresaola and speck go on after the pizza is cooked. There is an exception to the rule, but, in general, it’s better to put any type of salumi that is seasoned and relatively dry under the cheese if you’re going to put it on the pizza before it goes into the oven. Once certain cured meats caramelize in the oven, they can become carcinogenic.” 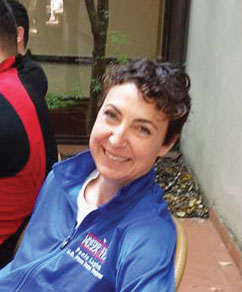 “Prosicutto cotto (ham) and salame piccante (pepperoni) can go in the oven with the pizza. But prosciutto crudo and speck should always go on after baking. You can always find someone who does it a different way, but it’s not the ‘right’ way to do it.” 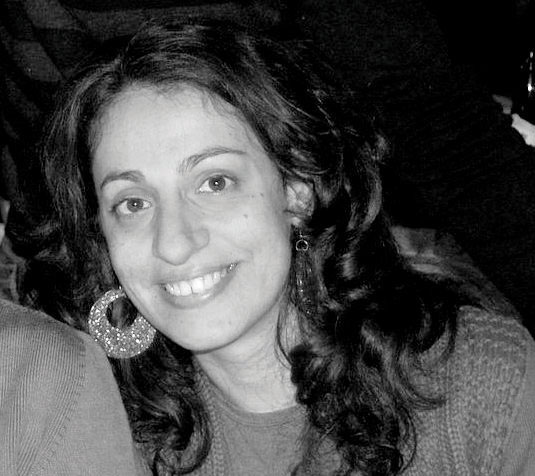 “We have several different kinds of salumi, some of which are good before the oven and some after, but I think there is no rule for this. Only prosciutto crudo is never put on the pizza before it goes into the oven, because it will lose its characteristic flavor and texture. Generally, prosciutto cotto and salame (mild or spicy) go on the pizza before the oven, but we can find some recipes where they go on after the oven. Keep in mind that a Neapolitan pizza stays in the oven only three minutes at 350° to 400°, and the toppings never get charred!” 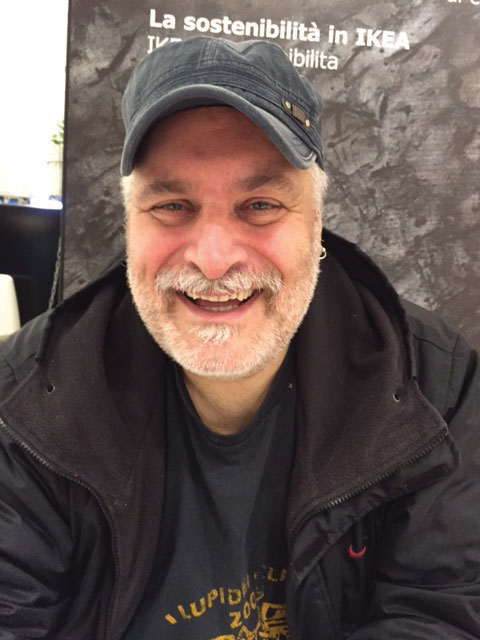 “It’s not a question of under or on top of the mozzarella—all cold cuts should be placed on a pizza only after it has been cooked!”

Salad: We never start our meals with salad. We just use it as a side plate for the second course (meat or fish).

Wine: We try our best to pair wines with our food. White wine goes with fish and some kinds of pasta or risotto; red wine goes with meat. (Bubbles are only served as an aperitif or with desserts.) Now there is a new trend to pair beers with the kind of pizza you are eating.

Pineapple: Pineapple is never an option as a pizza topping.

Mozzarella: Provolone, Asiago and other cheeses can never replace mozzarella on your pizza. They are just another kind of topping. 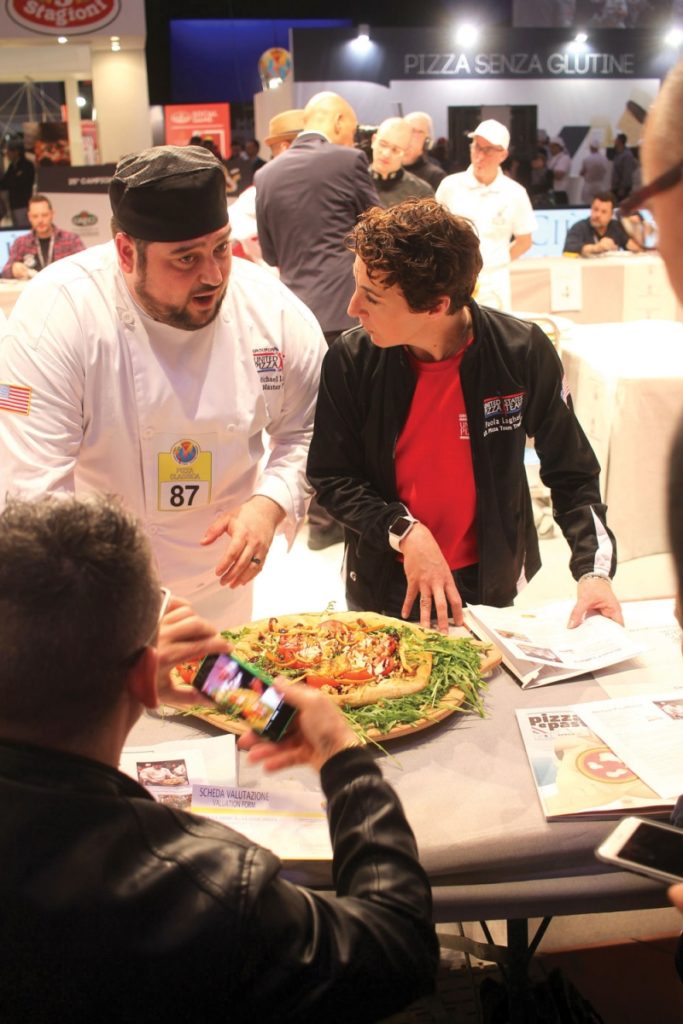 Pecorino Romano: This is not a substitute for Parmigiano-Reggiano (or Grana Padano)—it’s considered a very poor cousin! It can be quite good on some kinds of pasta, however.

Cappuccino: It’s only a morning drink! You can choose between cappuccino or espresso as your breakfast beverage, but cappuccino should be forbidden by law after 10 a.m. When you see someone having a cappuccino with lunch…well, no comment!

Pizza base: No mayonnaise or any other creamy sauce should ever serve as the base for your pizza!

Fettuccine Alfredo: My husband is called Alfredo, an old-fashioned name. He is a smart and nice guy. That’s it! We have nothing to do with Alfredo sauce on fettuccine or spaghetti. It does not exist in Italy!

Chicken: We put a lot of things on pasta, but chicken never goes on pasta or a pizza. Ever!

Salame, coppa, prosciutto crudo and speck: If you bake them on your pizza, you’ll get a salty and bitter taste. These are always to be added after baking.